Cambridge. Home to one of the top universities in the world and Cambridge United. A football team who have just finished their 2017/18 season in 12th place. Not exactly the smartest place to end up, but certainly plenty of positives to take from the season. Mainly, that they haven’t been relegated. From League 2, it seems like the only way is up. The team play at Abbey stadium, holding a capacity of just over 8,000.

Next season, these fans will see the team run out wearing their latest home kit from Puma. It really is a lovely kit, demonstrating the perfect balance between boldness, style, and simplicity. We at UK Soccer Shop love a simple design, but only when it works. Here, we think it really does. 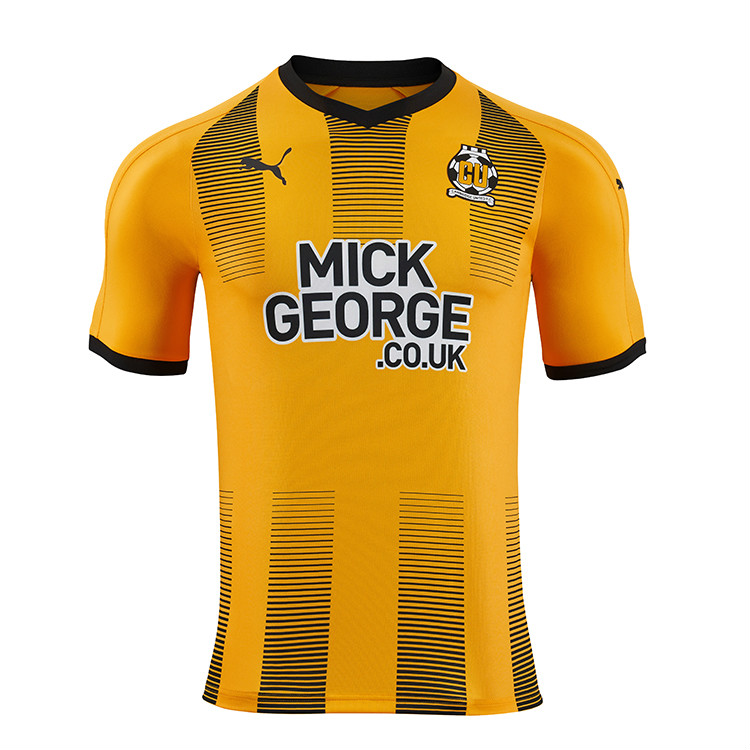 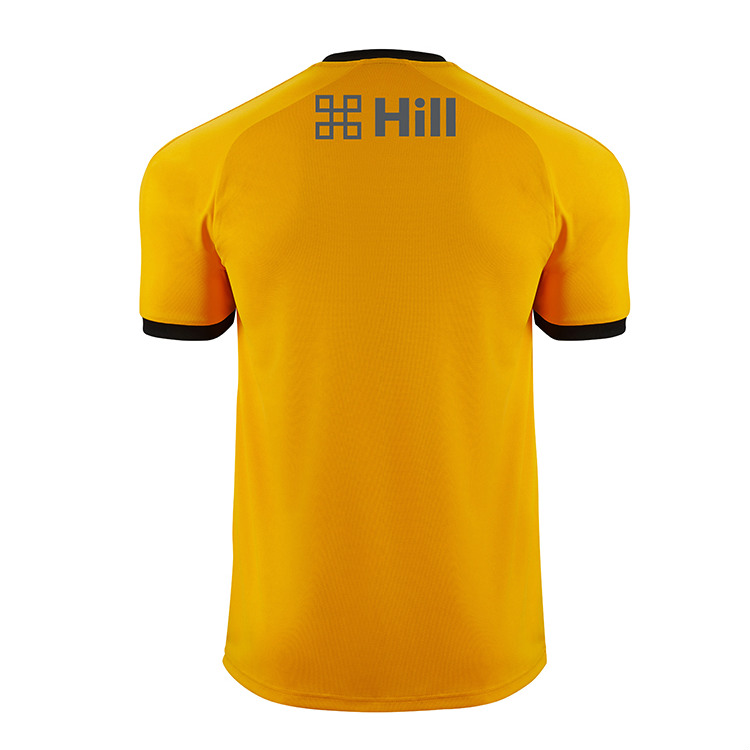 The kit itself is bright yellow. Much like Australia’s 2018 World Cup kit, the yellow is bold and bright. However Cambridge United have opted for the dynamic bumble bee look. Running vertically on the front of the jersey are a number of medium black, curving stripes. These stripes are made up of a number of horizontal lines. This style has proves very popular in the past few months, with clubs like Borussia Dortmund’s kit with Nike featuring similar lines across the sleeves.

Breathable technology sits on top of the shoulders, allowing the players to keep cool under pressure and chase promotion, without worrying about overheating.

On the nape of the kit top is the word “Hill”, the newest sponsors for the club, featuring heavily in their school sport program. 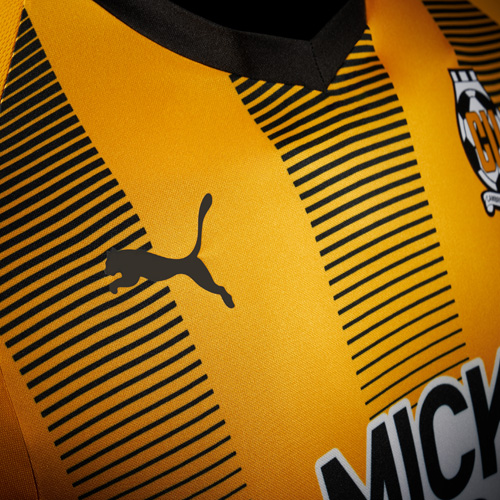 Hill and main sponsor: Mick George do not detract from the kit design itself. Instead, they seem to push attention up towards the club crest and design logo.

We really like this kit, it’s yellow. So what’s not to love?

Perhaps the jersey could bring a ray of sunshine to Cambridge United’s 2018/19 season, perhaps not. We look forward to finding out.