The mighty Plymouth Argyle. Earlier this month we showed you their latest home kit. It is simple in design, while retaining the classic green that makes their kit so special.

The club finished their 2017/18 season in 7th place. Over the years they’ve bounced around the Championship and lower leagues. Their manager, Derek Adams will be hoping for a big push from his side in the upcoming season. Surely it’s time for the club to push on for promotion and get back to their Championship ways. The author of this piece’s earliest footballing memory is of Ipswich Town losing against Plymouth argyle many years ago.

To initiate their push up the League One table, Plymouth Argyle have teamed up with Puma to create a mint-green and white kit that is really nice. It isn’t hugely different from the home kit but it certainly does the job. 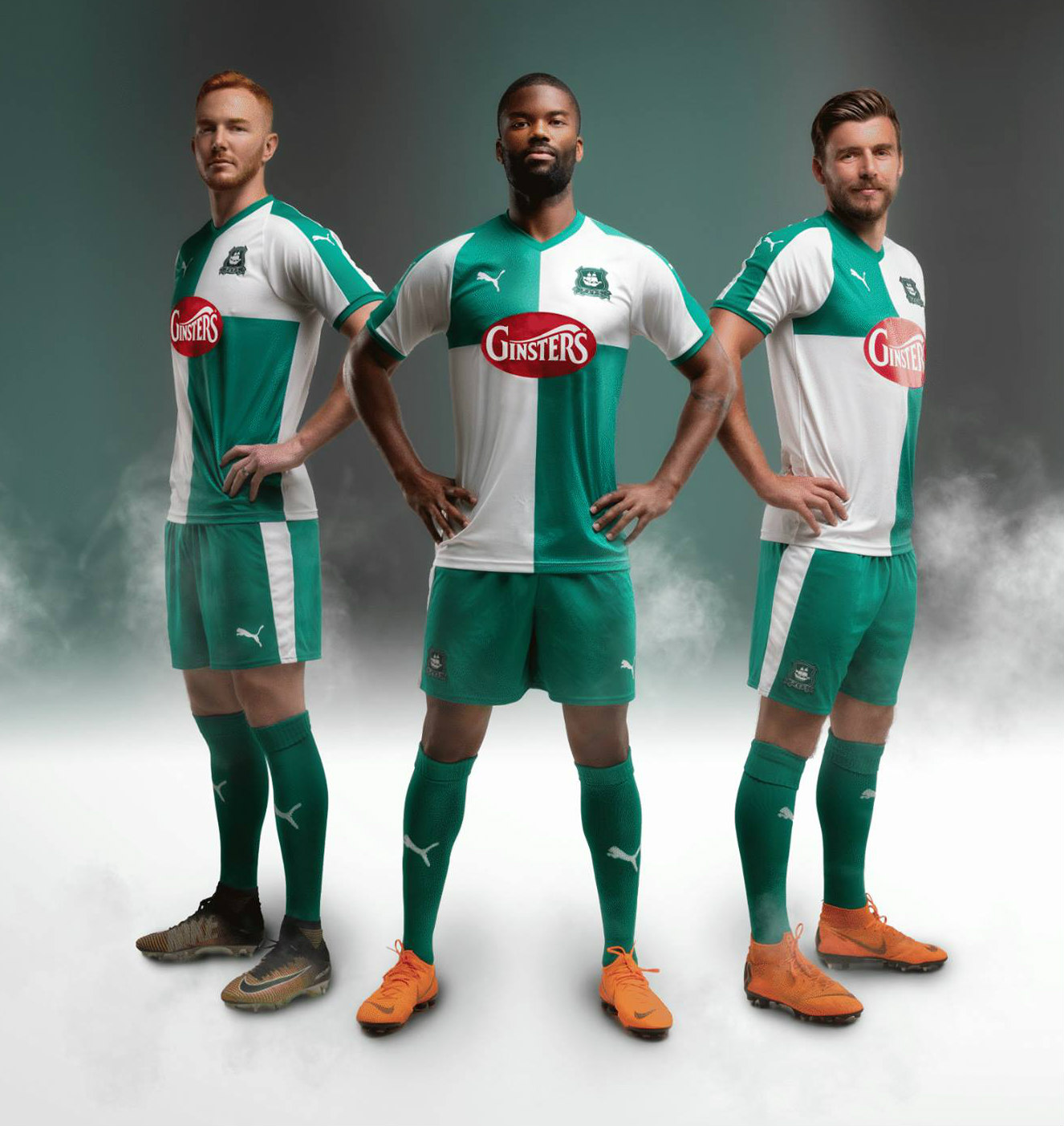 The kit itself has a large four-way checkerboard pattern. The white of the Puma appears inside a mint-green square and the club’s crest sits inside a white section. This was a style-decision which certainly pays off.

The bottom of each sleeve is tapered with a green strip, ensuring that the colours are complete and appear effectively.

The shorts are also mint-green and have both the club’s crest and Puma’s logo on the bottom of each leg. The socks are also green and feature the jumping Puma once again.

The jersey features several breathable-technology inserts which allow the player to always feel fresh, even when under the most pressure.

If there was a season to build on and gain promotion it was their 2017/18 season. Plymouth Argyle are steadily knocking on the promotion playoff spaces but will their momentum keep up or will they fall at one of the many hurdles next season.

We at UK Soccer Shop love this kit and can’t wait for next season to kick off!