Atdhe Nuhiu is a big player. There’s no doubt about that. If Sheffield Wednesday win a corner, you know you’re in trouble. He’s six foot and five inches tall. In the latest kit promotional photos, he’s the tall one with the terrifying eyes. Last season the club finished in 15th place. Very safe of the relegation zone but also not pushing for that promotional place. The two seasons before, Sheffield Wednesday finished in the top six, however they just couldn’t get through the play-offs and into the Premier League. During this transfer window, there is plenty of speculation. There’s talk of Joe Luhukay replacing the Owls’ goalkeeper, and also selling a £5.4 million rated player. 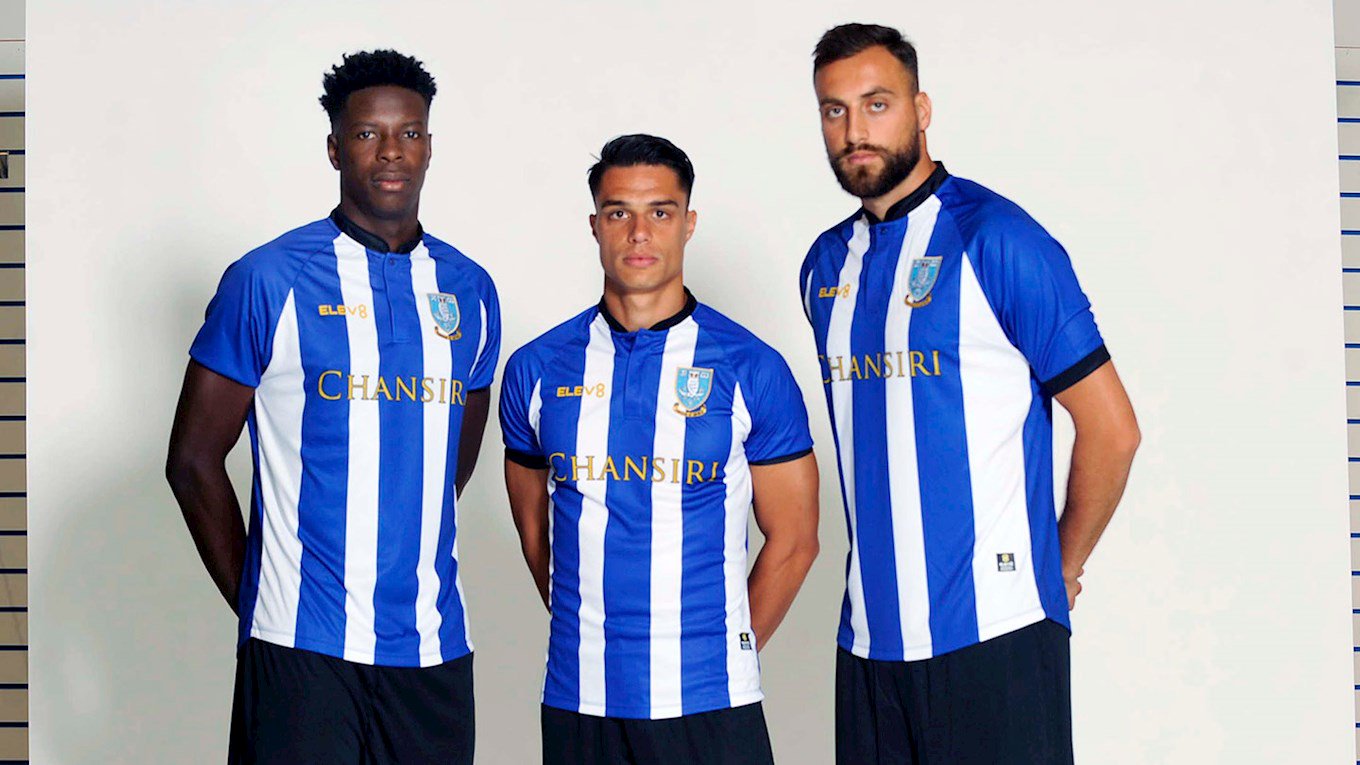 While most Sheffield Wednesday fans will have one unbelievably excited eye on the World Cup, and one on the transfer window, they’ll know that next season is coming round the mountain. Once it arrives, they’ll have to show fans that they can compete at the top once again. To boost them on their way, they’ve created a lovely new home kit. The only issue is, there is no trace of “Elev8” as a kit designer anywhere in the internet. While being found on Google isn’t everything, it is just a little odd.

The kit is made up of white and blue vertical stripes. These are found only on the front of the kit. The back is solid blue. 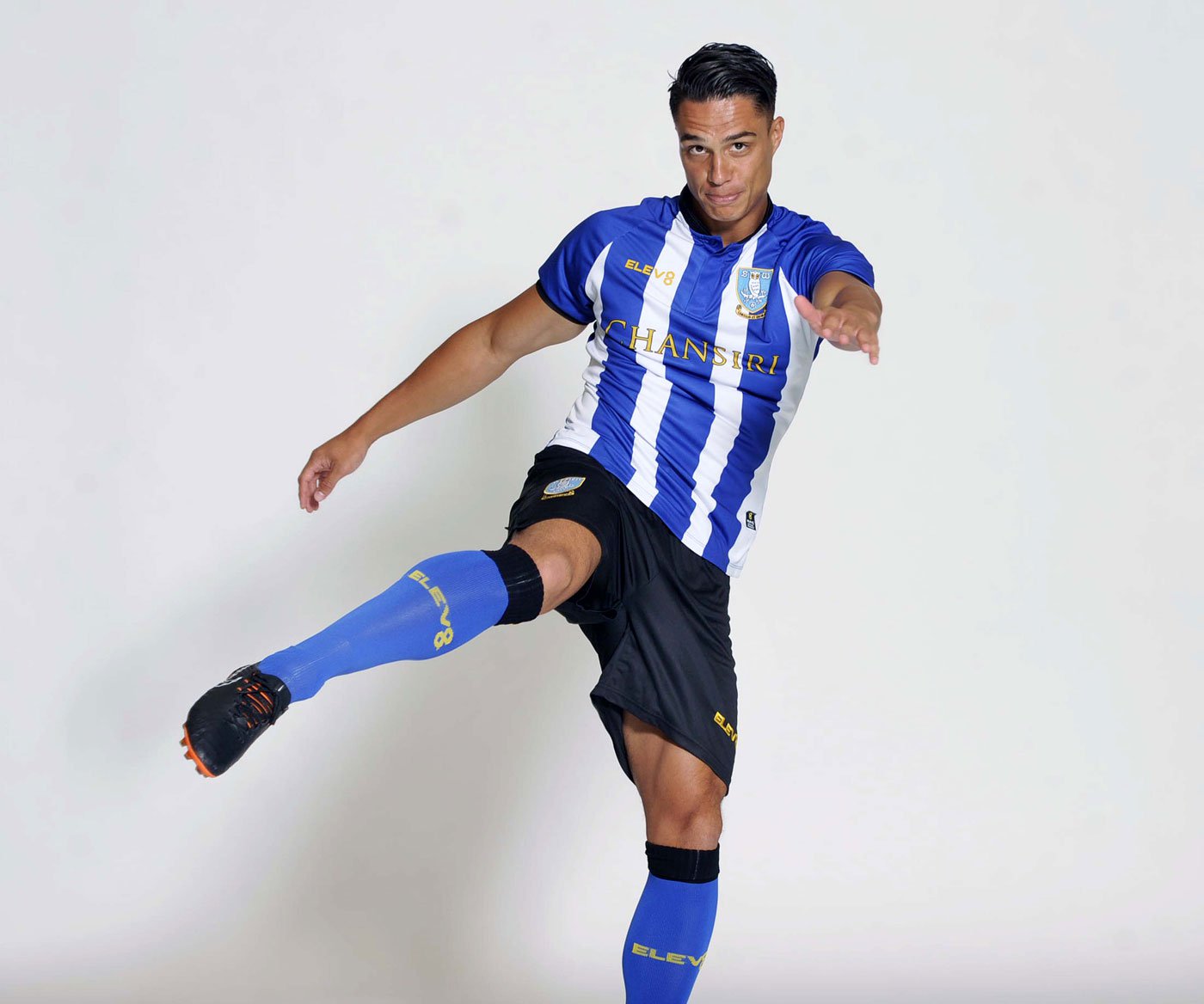 The sleeves are tapered black and the neckline features a classic, one-button collar. The shorts are black and the socks are light blue with black tapering at the top.

It’s a smart kit. It doesn’t break the mould too much and while this author might be an Ipswich Town fan, he can say that this kit isn’t quite as good as Norwich City’s.

We at UK Soccer Shop hope that Sheffield Wednesday compete positively in the 2018/19 season. Otherwise they might find themselves 10 years deep in the Championship – like Ipswich Town.