After showing you Adidas’ world cup jackets, we thought it best to show you Denmark’s new kit…

Their first game in the 2018 world cup is against Peru and we are on the edge of our seats waiting for the most exciting football tournament to begin. Denmark are currently ranked 12th in Fifa’s world rankings after jumping up from 46th in 2017. With the realisation dawning on the national team that they could be genuine contenders in this summer’s world cup, with the help of Hummel, Denmark have crafted a kit which is not only simple (you know how we love a simple kit), but also incredibly effective at commemorating their national heritage and, perhaps strangely, their armed forces. 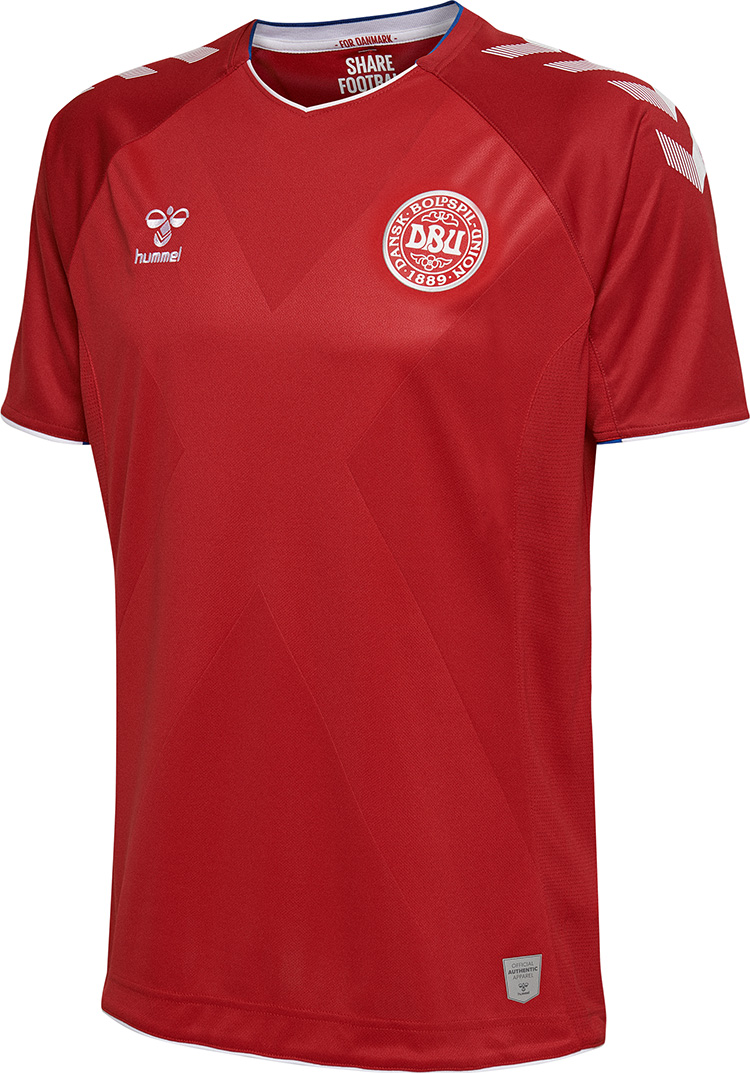 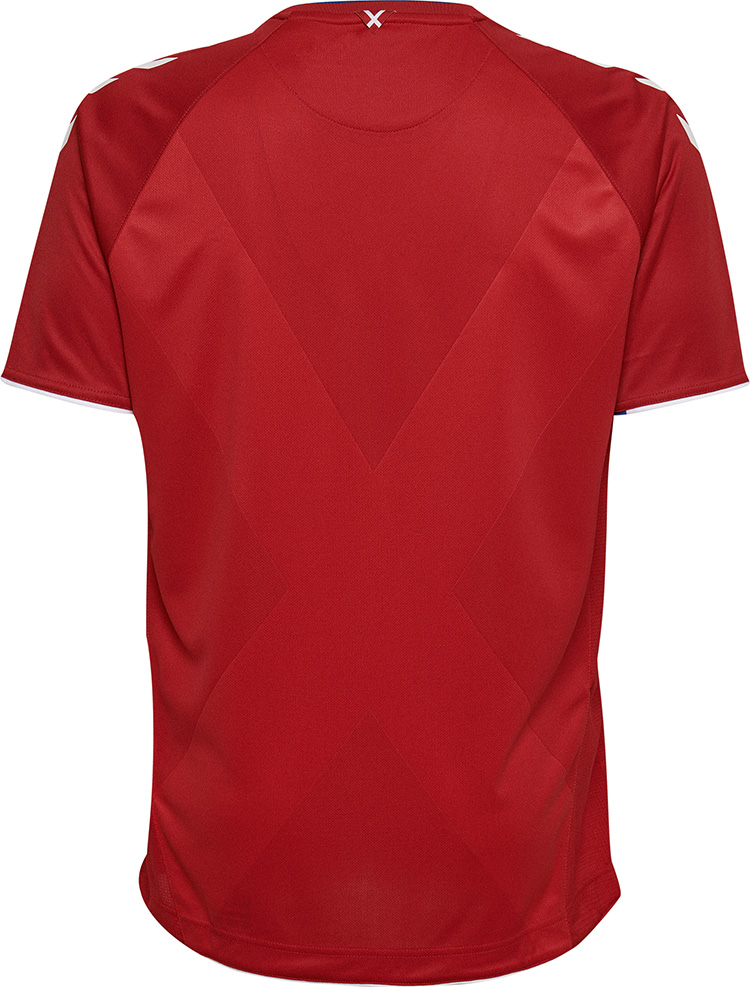 The jersey is red, simple enough so far. It matches nicely with the country’s crest and has breathable underarms to ensure that players are cool when faced with the inevitable pressure. The commemorative design kicks in with the light red cross on the front. This cross, according to the designer’s press release was inspired by the Danish Lifeguards, a military regiment who are always ready to fight for their country (according to the press release). This commemoration is continued with the blue which features on the neckline and the large cross is reflected on the back in large form, as well as the nape in miniature. 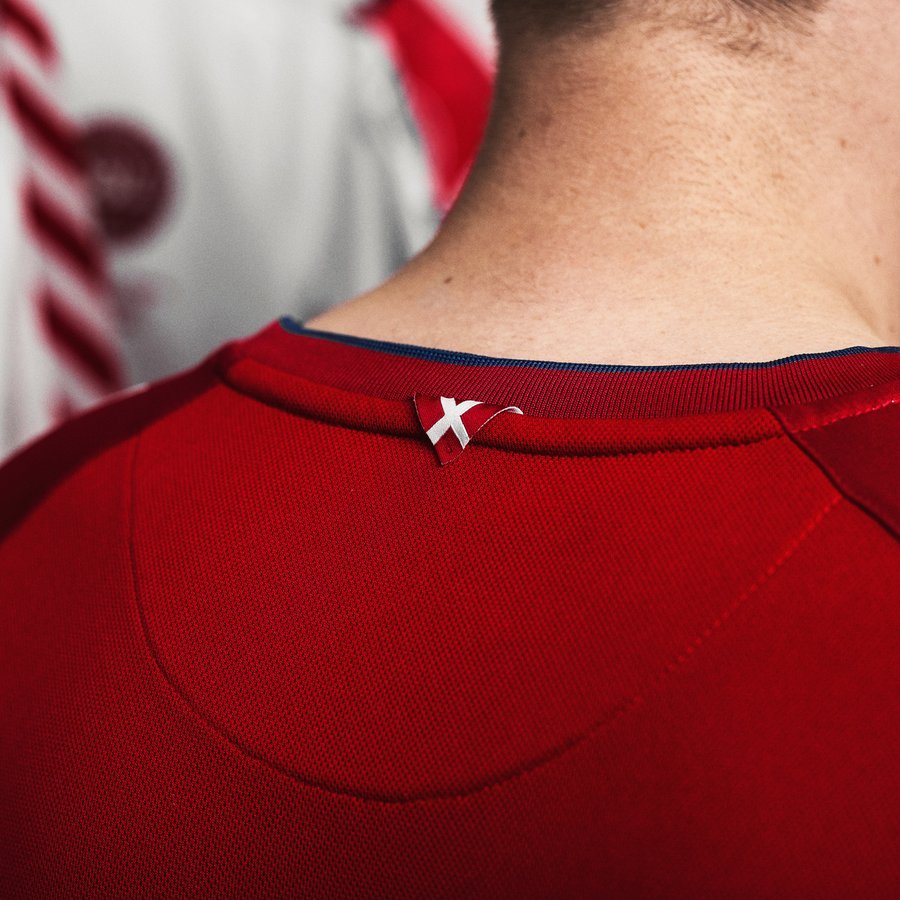 Across the shoulders are three diagonal, white arrows, cut with different patterns, the front of which runs parallel with the large commemorative ‘X’.

While we aren’t suggesting that Denmark are going to storm the 2018 World Cup, their sudden, sporadic rise from 46th to 12th in one year is not something to be sniffed at, instead, they could seriously compete with some of the titans of international football. While their competitiveness might suddenly surprise viewers, their kit is perhaps exactly what was expected – smart, simple and effective.