National League club, Lincoln City, have released their 2016/17 home and away kits from manufacturer, Errea. Relegated from League Two in 2010/11, The Imps have struggled to adapt to life at the lower level and have yet to threaten to return to the Football League. That failure was made all the more painful with rivals, Grimsby Town, winning promotion last season.

These are the Lincoln City home and away kits for the 2016/17 season. 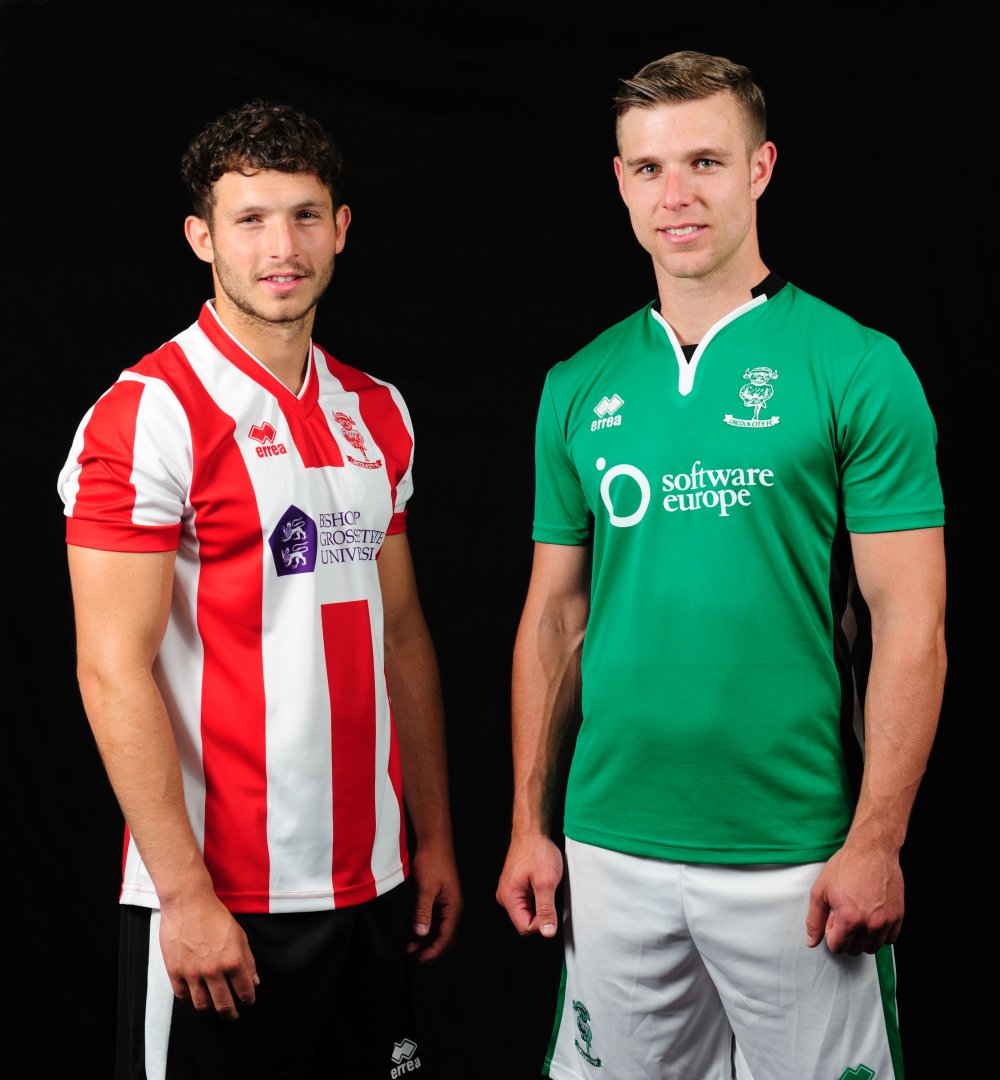 The home kit is based on the club’s traditional colours of red and white striped shirts with black shorts and red socks. It’s the second kit under their current deal from Italian manufacturer, Errea.

Since their formation in 1884, the club has worn a red and white striped shirt, with few exceptions to that down the years. The green, a colour for which Lincoln is famous, most notably in the tale of Robin Hood, was also worn by the Imps as early as 1897. 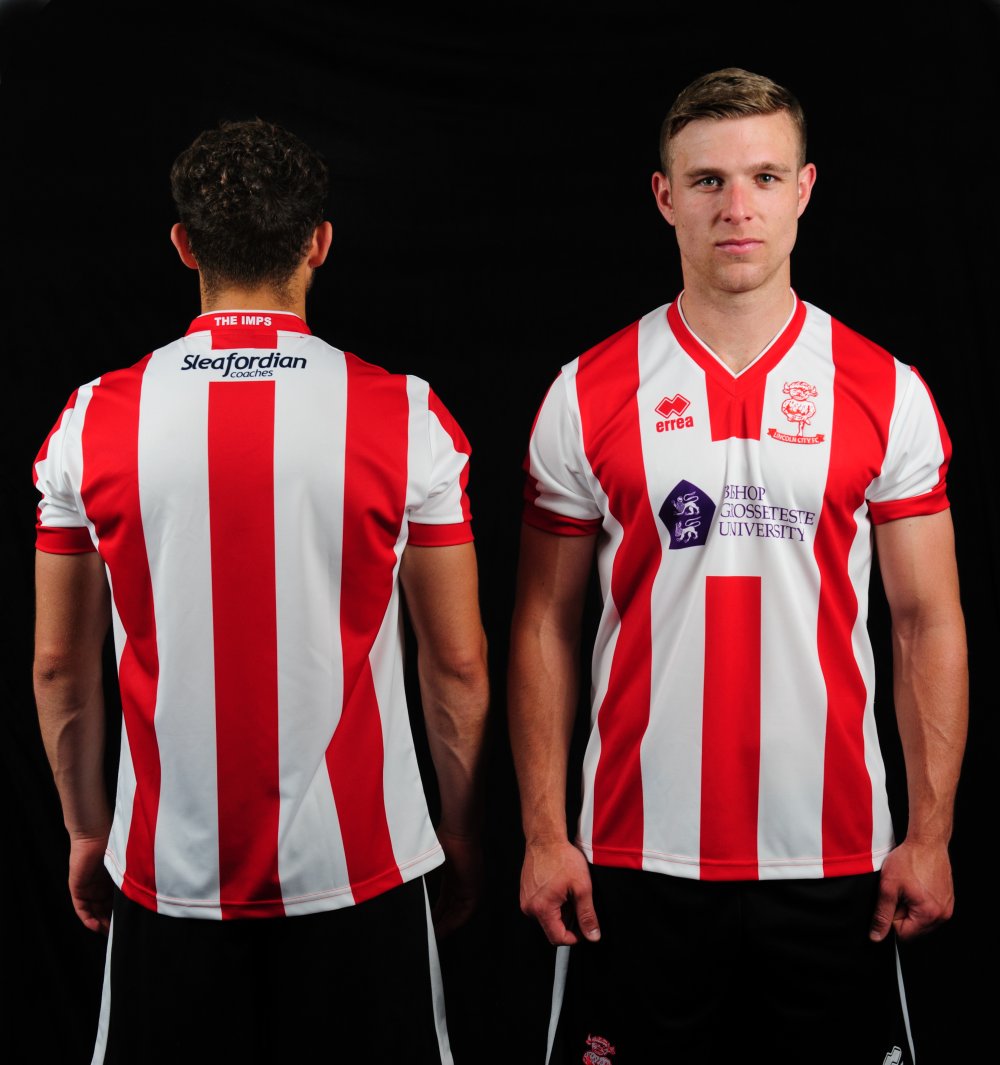 The red and white stripes on the shirt body are evenly spaced, with the centre stripe on the front leading from a red v-shaped collar, with thin white piping.

The club’s new crest, a depiction of the club’s mascot, Poacher the Imp, sits on the left breast of both shirts with Errea’s logo opposite. The different sponsors for the home and away kits sit below in the midriff. 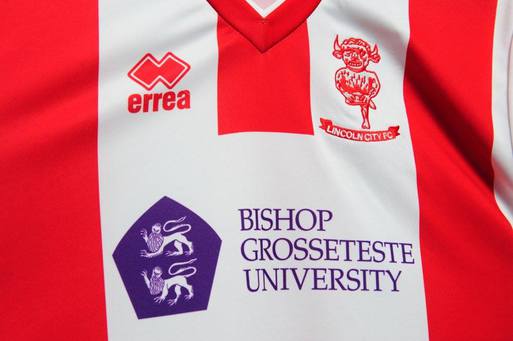 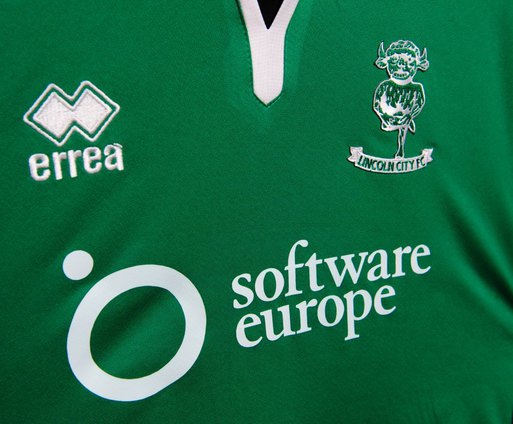 The away shirt is green with a white y-shape collar which features black trim on either side of the neck. The kit is completed with white shorts and green trim, along with green socks.