League One side Sheffield United have released their 2016/17 away kit. Manufactured by Adidas for the third season running, the Blades will wear a black and fiery orange combination on their travels next season.

The shirts have a black base colour. 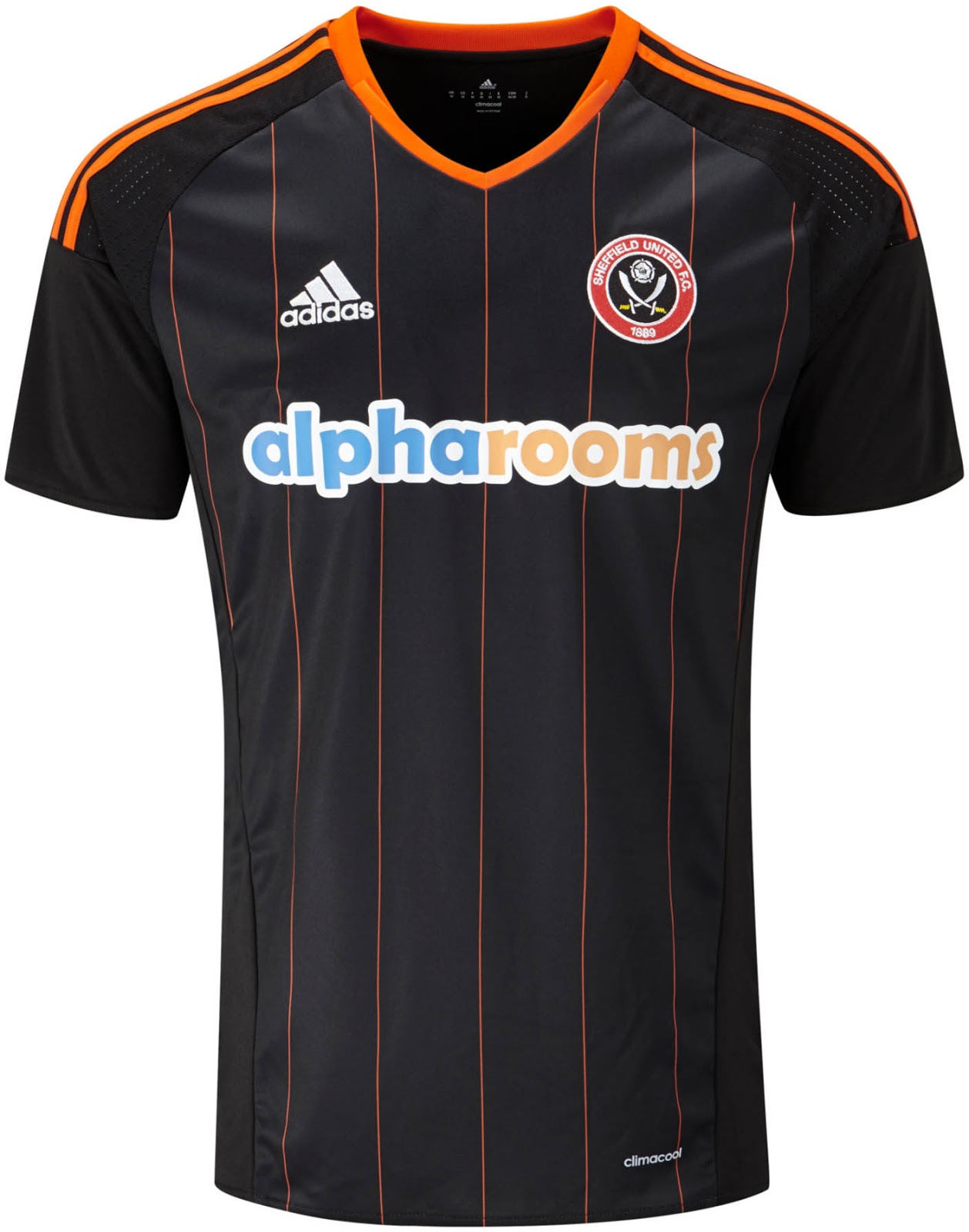 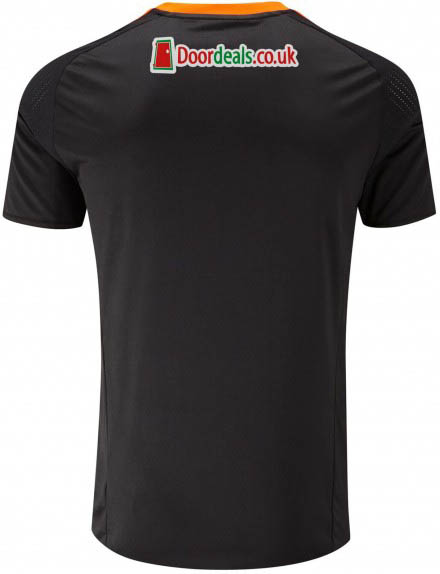 The front of the body features orange pinstripes peeling from the top of the shirt to the bottom. Adidas has placed their trademark Three Stripes across the shoulders, leading away from the orange curved v-neck collar.

The sleeves on the shirt are plain black. badges and motifs are light colours, standing out prominently from the dark background. Adidas logo is white, whilst the club badge is dominantly red and white. Alpha Rooms, the primary sponsors, multi-coloured logo features on the chest.

A solid black pattern dominates the back of the shirt with secondary sponsor, doordeals.co.uk, logo placed across the centre of the shoulders. 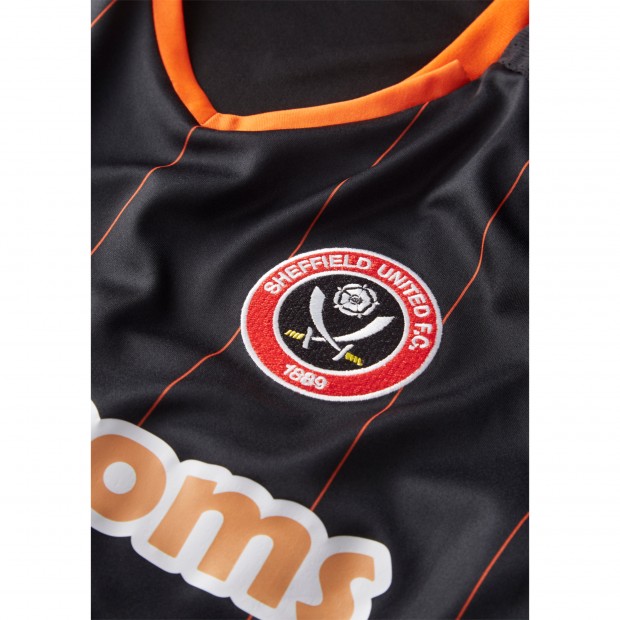 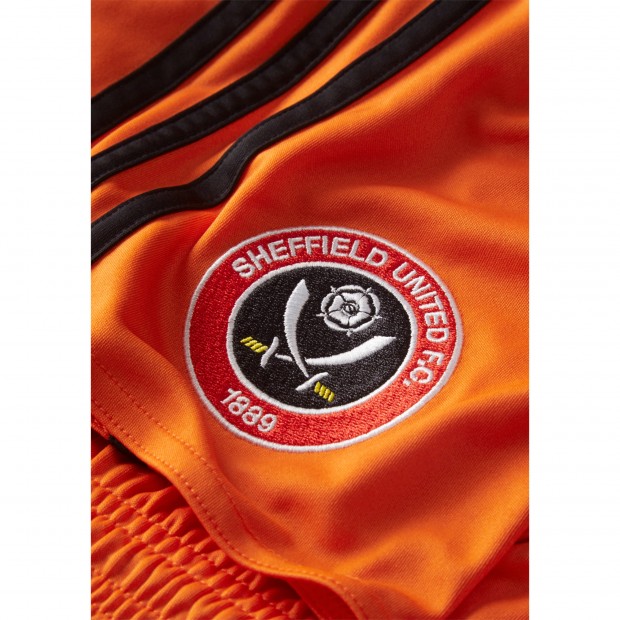 The shorts are orange; a fiery bright hue, matching the shirt’s trim. Down the side of each leg, the Adidas stripes rest in black. The socks, the same colour as the shorts, feature a thick black band across the turnover and three mini stripes, also in black, leading from the top of the socks. 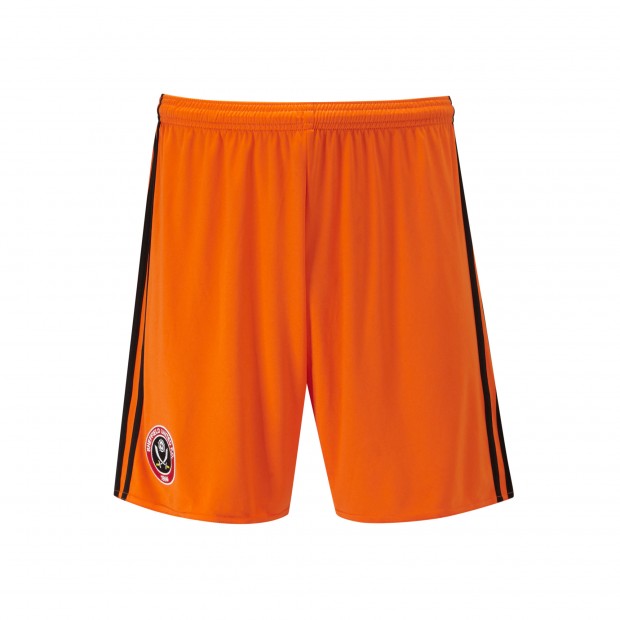 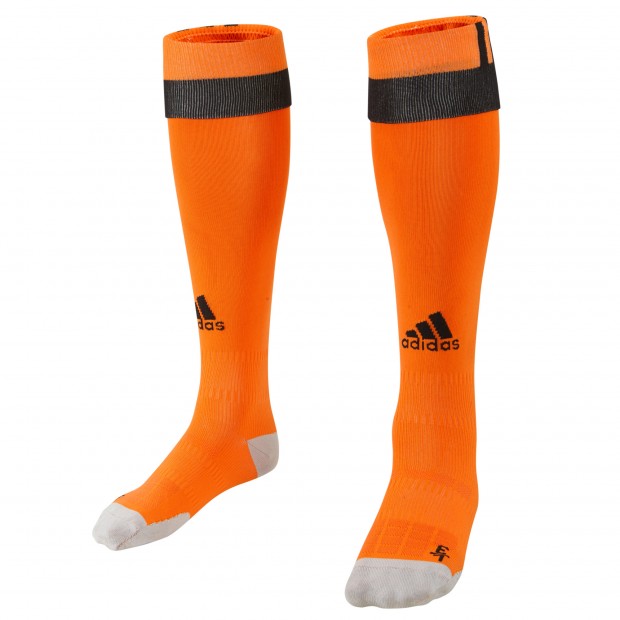 It’s an unusual combination and one which probably won’t attract much criticism. The United fans are relieved that the home kit has proper Sheffield United stripes and with a black shirt, won’t worry about the shorts…