Today, more-than rumours appeared on all social media about Arsene Wenger’s replacement at Arsenal. Unai Emery is described by many as creating vanilla football and after coming from Paris San Germain, the Spaniard will have a huge amount to prove to those disgruntled fans  who became incredibly vocal when calling for his predecessor to depart. As well as a new manager, the London club have released their latest home kit, one that has divided fans’ opinions, and one which we here at UK Soccer Shop love.

The kit top is red and white. The traditional colour scheme was a given – one that wasn’t going to be lost. Right now the fans are feeling delicate – one wrong manager appointment or un-stylish kit reveal and Arsenal TV would be alive and kicking with the shouting matches that make it so great. So while the colours have been retained, the kit pattern attempts to do something rather modern and outside of the box (without being too dramatic, of course). 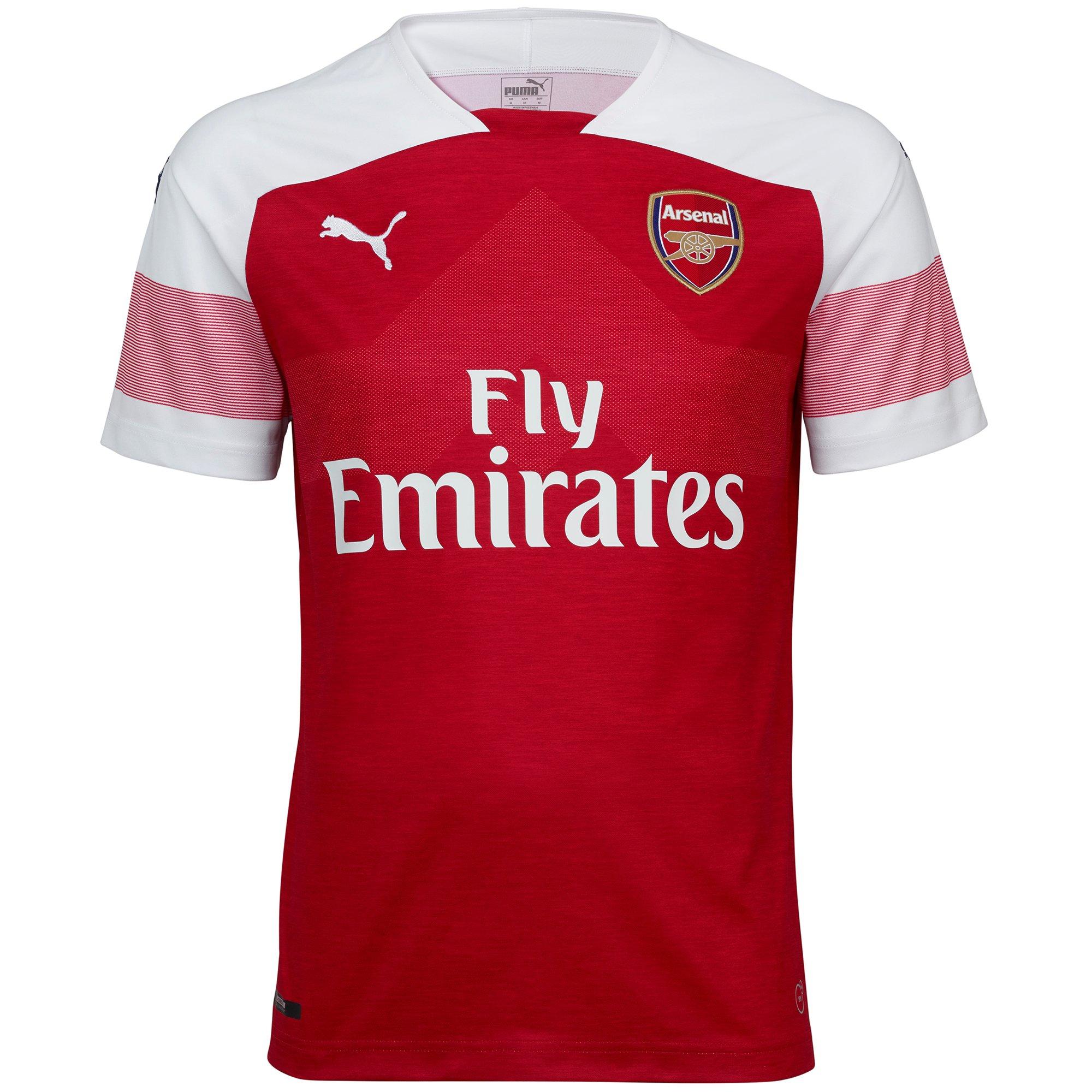 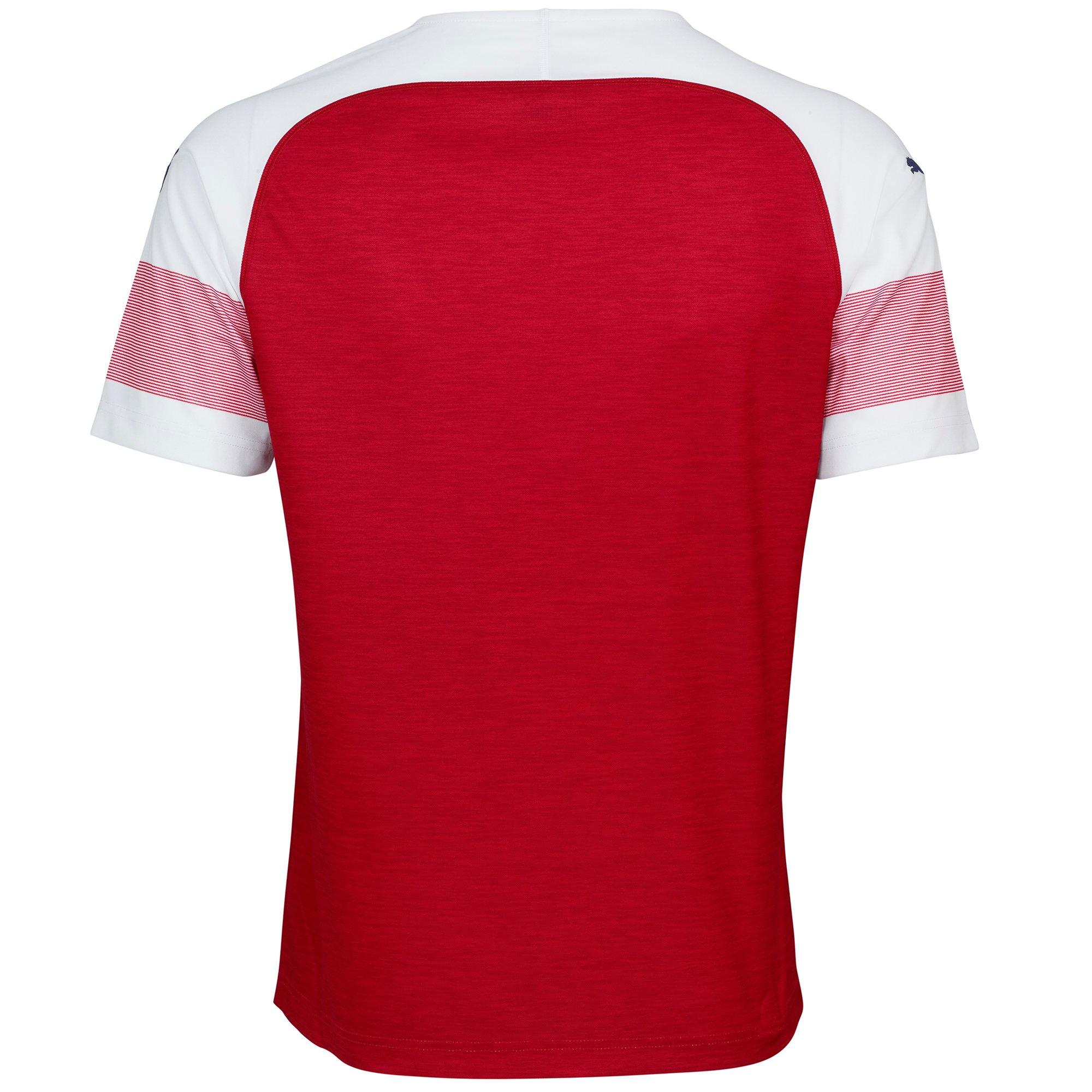 While the body is red and the sleeves white, there are two elements that work together to make the top incredibly shapely. On the front in a lighter red is an overlay of what appears to be a triangular shape, with another similar upside down shape across it. While this chest overlay isn’t as dramatic as Senegal’s World Cup kit, it is an interesting choice of theme.

The pattern featured across the chest is accompanied by a series of thin, light red stripes, closely together on the arms which create a block effect and their parallel quality (matching the chest pattern) really do make the jersey excellent.

We’ll have to wait and see whether the appointment will pay off for Arsenal, we’ll also have to see how the kit looks on the pitch, one thing is certain, change has arrived at Arsenal.