When a new kit comes along, it gains credit with us for being A) simply designed (a cluttered kit top can be awful on the eyes), and B) striking. The second point is highlighted by teams like Arsenal or Senegal, each doing tings differently, both catching the eye and the imaginations of fans around the world. We here at UK Soccer Shop believe that the latest home kit from Ross County fulfils both of these criteria.

They have just finished their season bottom of the SPL, meaning that Stuart Ketterwell will have to rebuild his team as many players decide to leave. While this season couldn’t have gotten too much worse, the kit might be the factor to help rebuild the team and possible move towards winning ways. 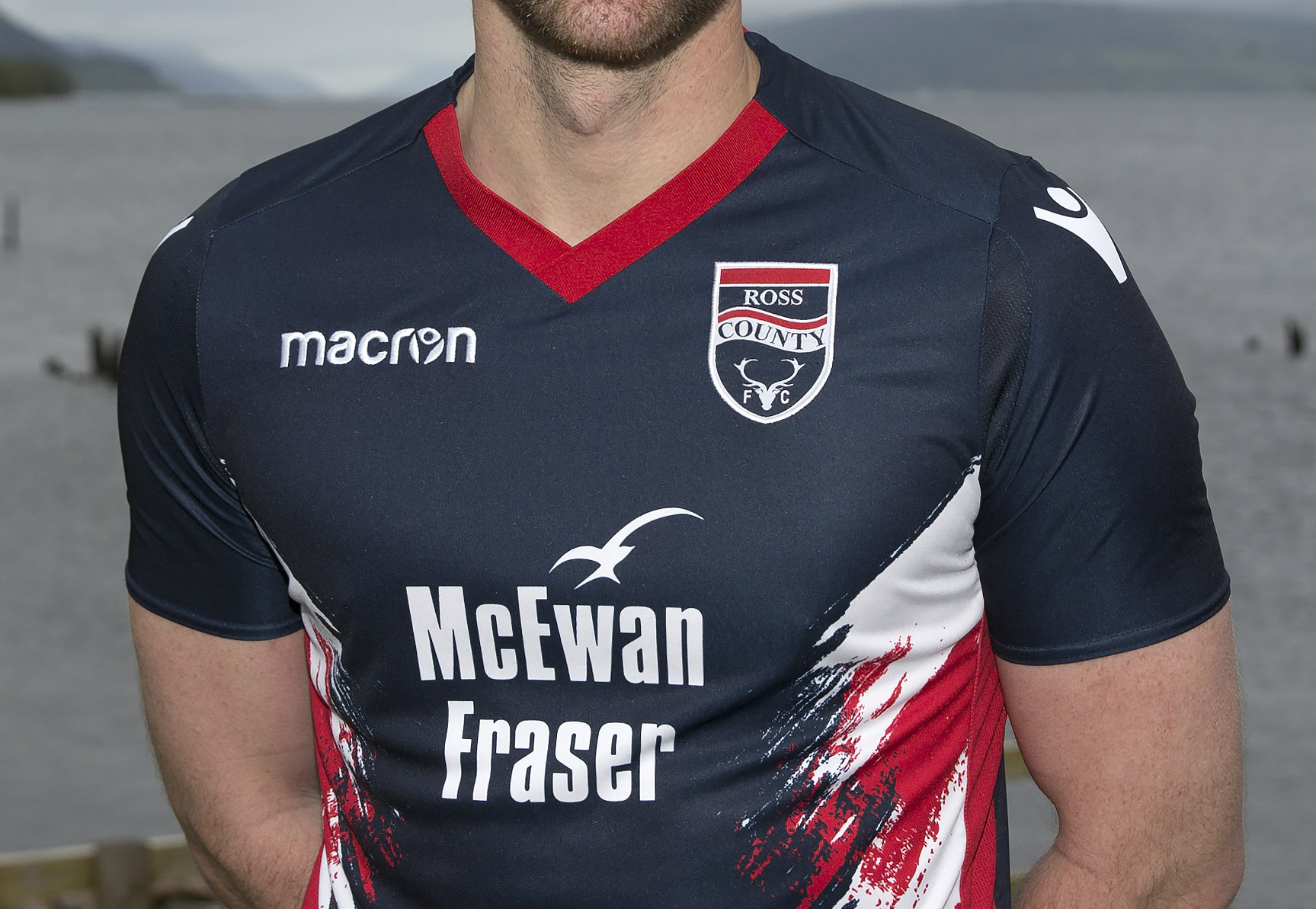 The kit is designed by Macron, a reputable company who have delivered excellent results in the past.

The body’s base colour is charcoal, allowing for featured elements to stand out, such as the company crest, neckline and ripped pattern which rises up from the bottom.

The material used is a breathable fabric which makes sure players stay cool and dry, even at their most tense. Next season the club will be hoping to get back to Scottish football’s highest tier so the pressure mustn’t get to the players.

The ripped pattern on each of the sides gives a fantastic shape to the kit, framing the sponsor and allowing the style to be seen at every angle.

While the body of the kit might be quite simple, the choice not to simply go for stripes or a different colour, but instead – ripping, shows that Macron have really thought about how to make the kit stand out.

Whether the team can make it back into the SPL will be seen next season, however Macron’s new design is a good place to start.