They won. Real Madrid are Champions of Europe and they beat The Reds of Liverpool. The author if this piece was at a wedding during the Champions’ League Final, however, naturally several guests had it showing on their mobile phones. Gareth Bale’s stunning goal to make it 2-1 was inhumane, in the sense that he simply cannot be human to pull off a goal such as that. The coming together of Mo Salah and Sergio Ramos will be talked about for many years to come (especially by hard-done by Liverpudlians), who was to blame and was Ramos right to avoid a UEFA charge? While this is currently the most important happening at the club, they have also released their stunning new home kit from Adidas.

While Real Madrid didn’t finish at the top of La Liga, above Barcelona, they were able to boast another Champions’ League Title.

Their latest kit combines simplicity (always a winning concept here at UK Soccer Shop) and a classic style which is incredibly hard to beat. 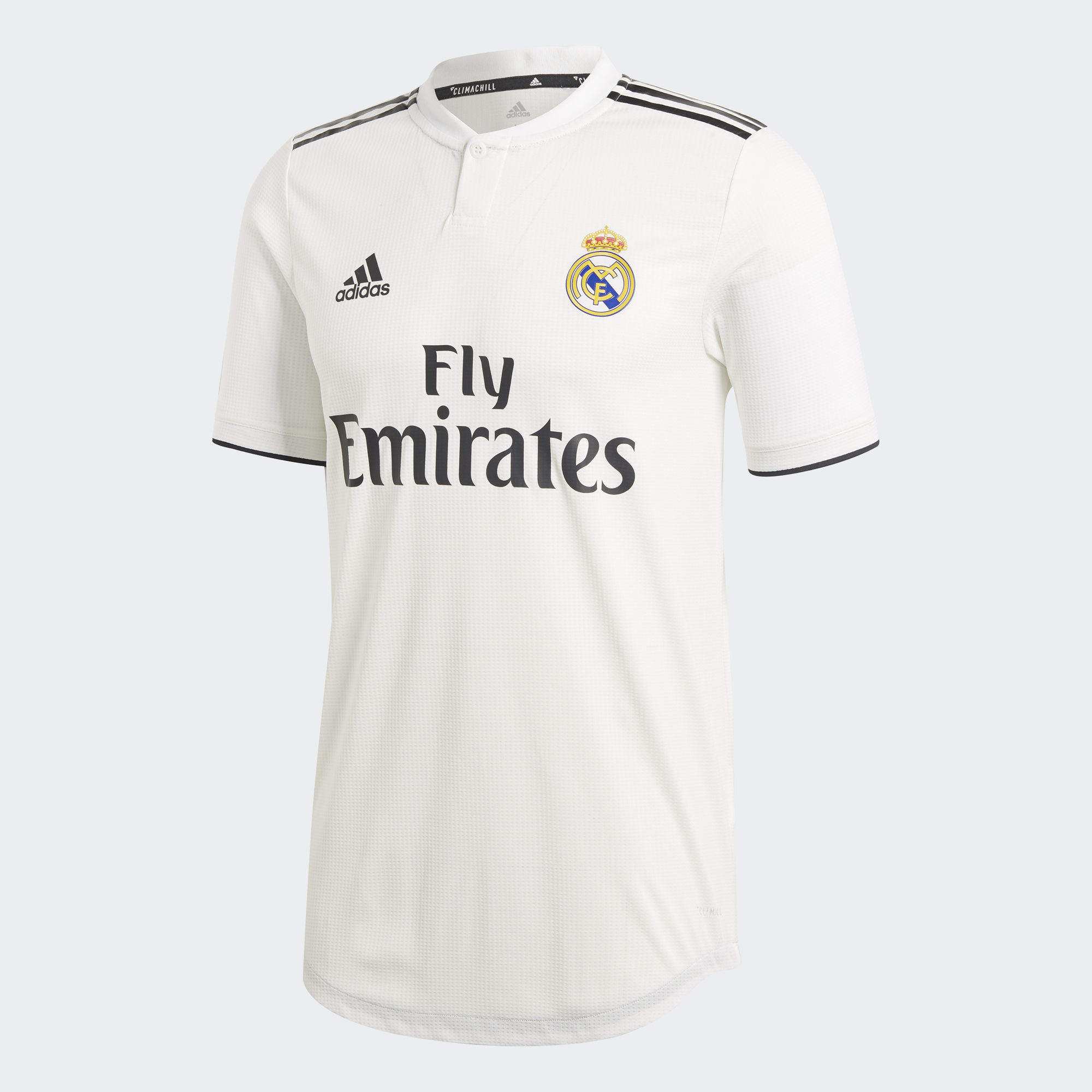 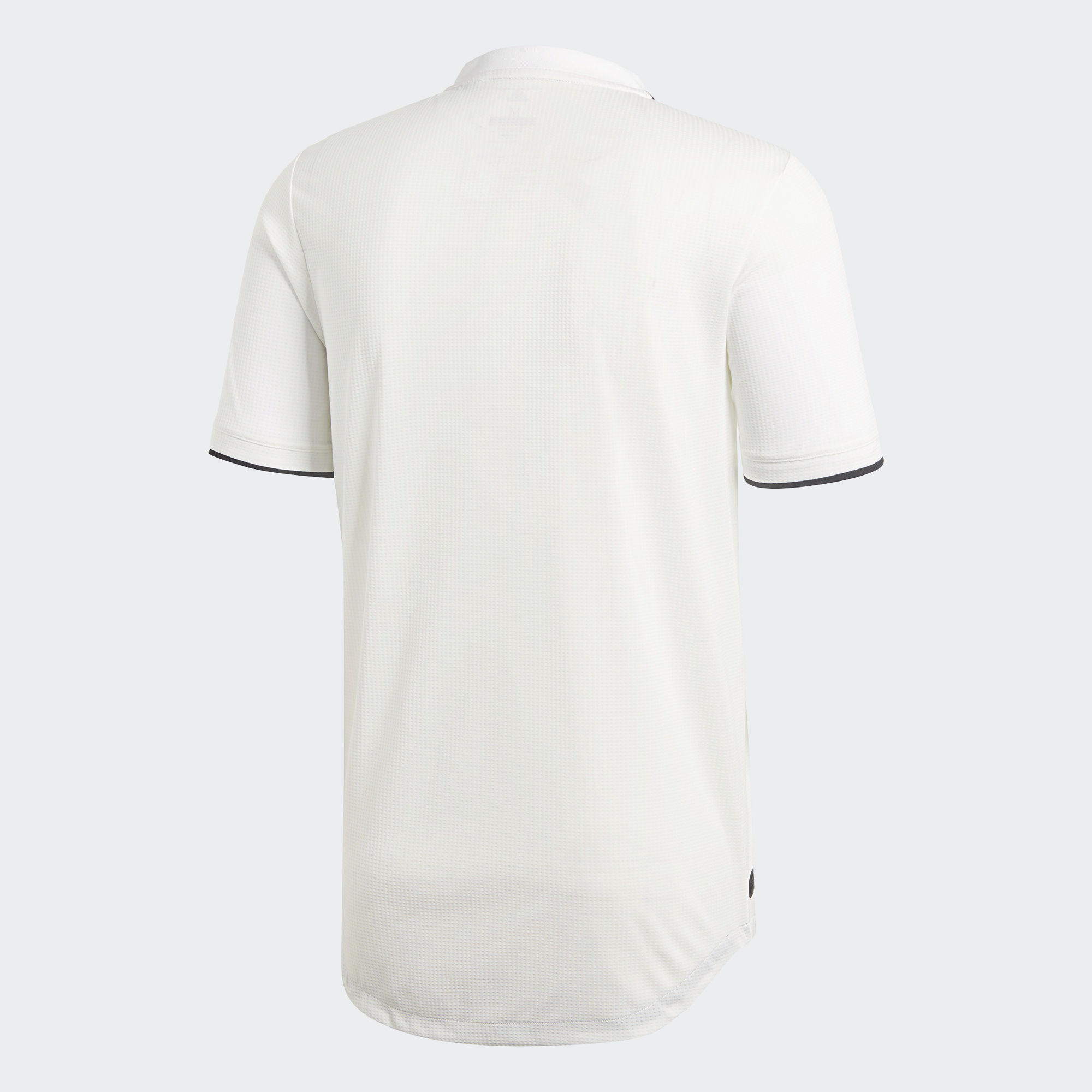 The jersey is white, obviously. The material used is the very latest in breathable, sport technology allowing stars like Ronaldo to keep their cool under intense pressure (should players like the Portuguese legend choose to stay at the Spanish club).

Across the shoulders sit the three stripes which are so well associated with Adidas. They give the kit a dynamic edge and featured on the 2017/18 kit, however there is now one very obvious difference – this time, they’re black.

The previous kit top was trimmed with sky blue colouring, giving a bright, still bold appearance. By using black, personal taste is left out of the equation. Haters of the colour blue (surely there can’t be many of them) might prefer seeing the edges of the jersey highlighted by black stripes rather than the evil blue (again, how can you hate it?).

Opting for a buttoned collar, the kit reflects the club’s extensive heritage. This classic look has a thin black line running around the bottom of the sleeves and continues the design nicely.

Will Christiano Ronaldo still be at Real Madrid this time next year? Based on his latest words, perhaps it is unlikely. Is this a kit which is both simple and stylish? Absolutely.