Middlesbrough. The North Yorkshire titans desperate to get back into the Premier League.

While the top tier of English football might be waiting for this Championship club, their latest home kit is one which might divide fans. For no other reason than the white arrows on the shoulders. Should this be a problem? Certainly not. But for us, it is a little strange to see. While The Boro’s 2017/18 season ended in heartbreak, losing to Aston Villa in the play-off semi-final, the club will hope that this kit will fire them back into the Premier League. 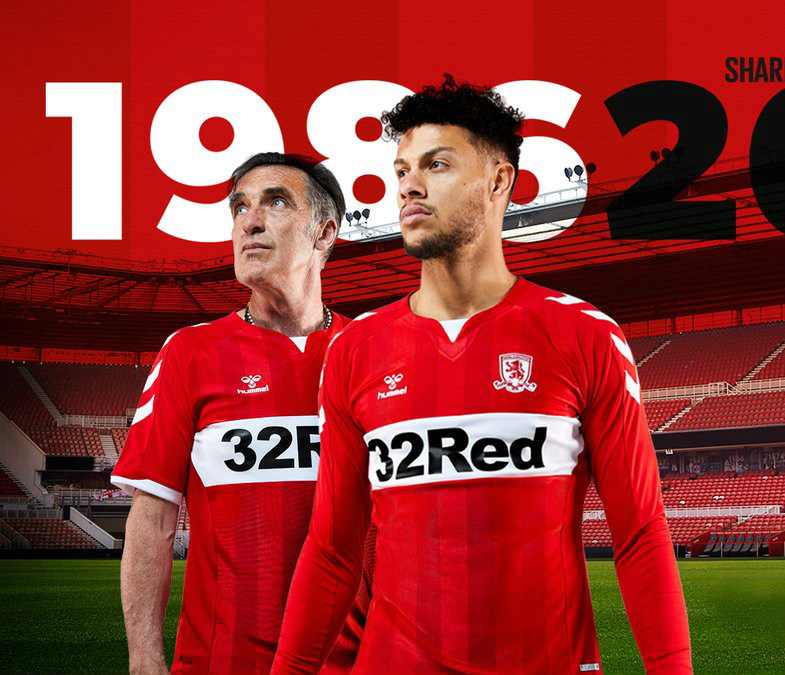 It’s red. You didn’t click on this article thinking it would be any other colour. Mainly because you perhaps saw the thumbnail, but also because Middlesbrough have a red home kit. Across the centre of the jersey, running horizontally is the club’s sponsor: 32Red. A very apt sponsor and one which adds to the dynamic design of the kit. Eyes are drawn towards the sponsor.

There are a number of subtle, darker stripes which run vertically towards the neckline. The lightest shades runs up through the middle and only completes the dynamics of the kit. 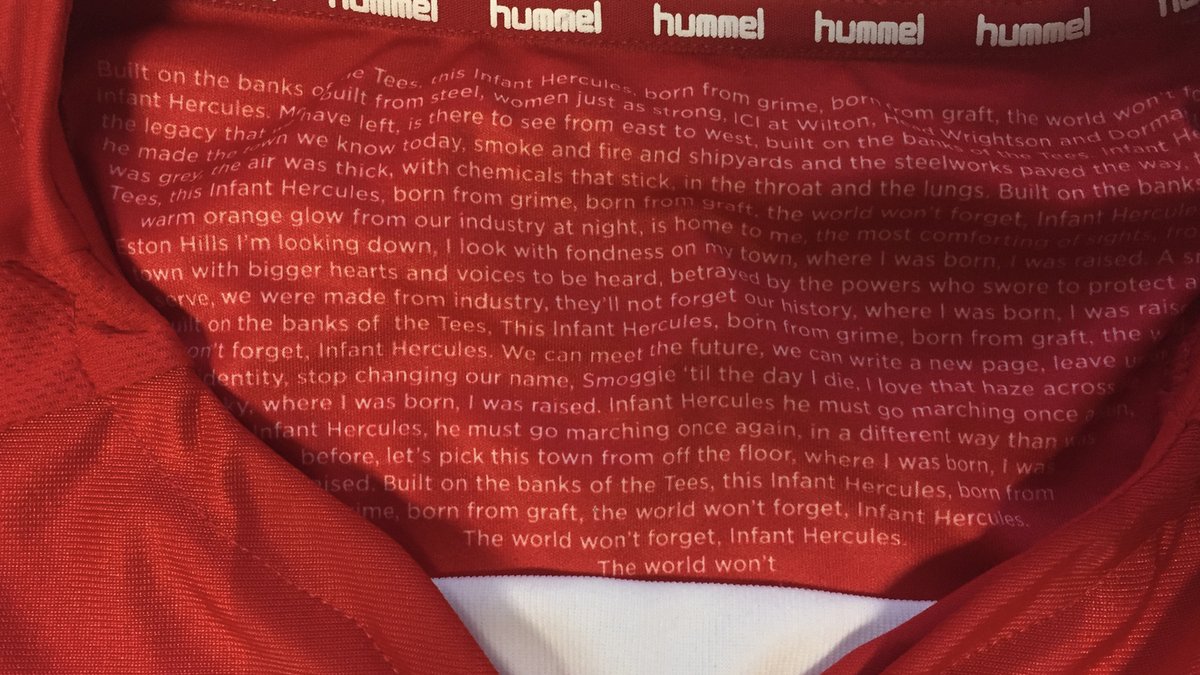 Onto the sleeves and several white arrows point away from the neckline. We at UK Soccer Shop can’t quite make our minds up as to whether we like this, but what do you think?

Inside the neckline of the home kit are a number of words. What are these words? We hear you ask. Well, they’re the lyrics to Middlesbrough’s adopted song Infant Hercules by Cattle & Cane. The lyrics describe the gritty, persistent nature of the Teeside people and the area’s decline. It is said that the lyrics have never been more apt.

We hope to see Middlesbrough back in the Premier League very soon. It is hoped that their latest home kit could put them there.