Six years. Six long years sat in League One. This is the story for Sheffield United, a club with a well-known crest and a well-known history of recent heartache. In 2006, the club had a very brief spell in the Premier League. It was brief in that they were promoted and then relegated in back-to-back seasons. The club lingered in the Championship until they were eventually relegated to the third level of English football. The 2017/18 campaign was Sheffield United’s first back in the Championship. They finished 10th. While this might seem quite low down, the club finished above Ipswich Town and, more importantly, Sheffield Wednesday.

Looking ahead to their 2018/19 season, the Blades will be hoping for even more positivity. It might be interesting to note that the Sheffield United earned their nickname due to the city’s steel production. We said it MIGHT be interesting. 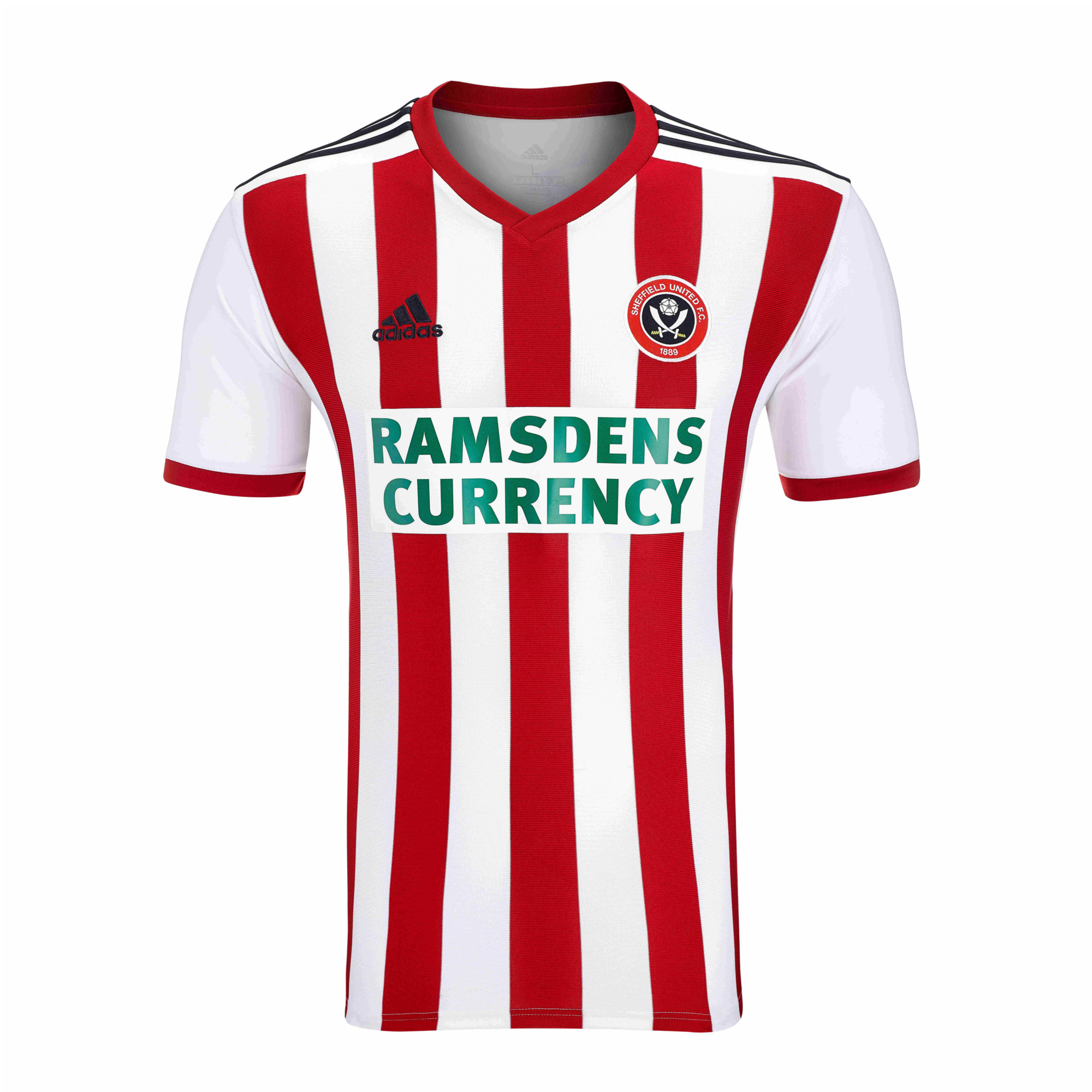 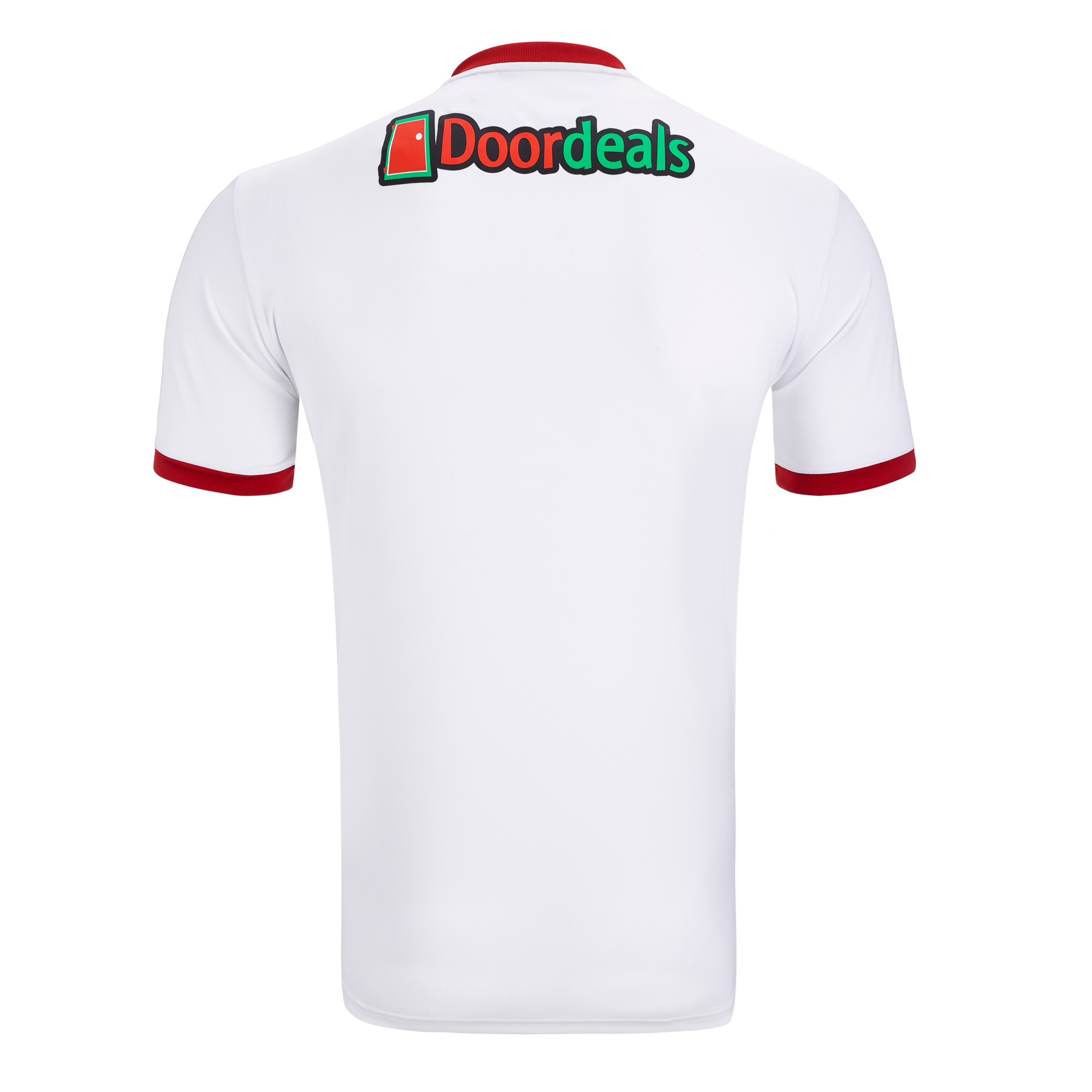 To help fans feel even better about the upcoming season, the club have teamed up with legendary kit designers Adidas to craft a jersey worthy, surely of the top half of the Championship. Most fans will have their eyes on the World Cup action but this might be worth their attention.

The kit features the club’s synonymous red and white stripes. They run vertically across the front of the kit, leaving the sleeves and back completely white. On top of these stripes sits Sheffield United’s crest, their main sponsor and Adidas’ logo. The one thing to perhaps mention is Adidas’ logo not sitting quite within the stripes. 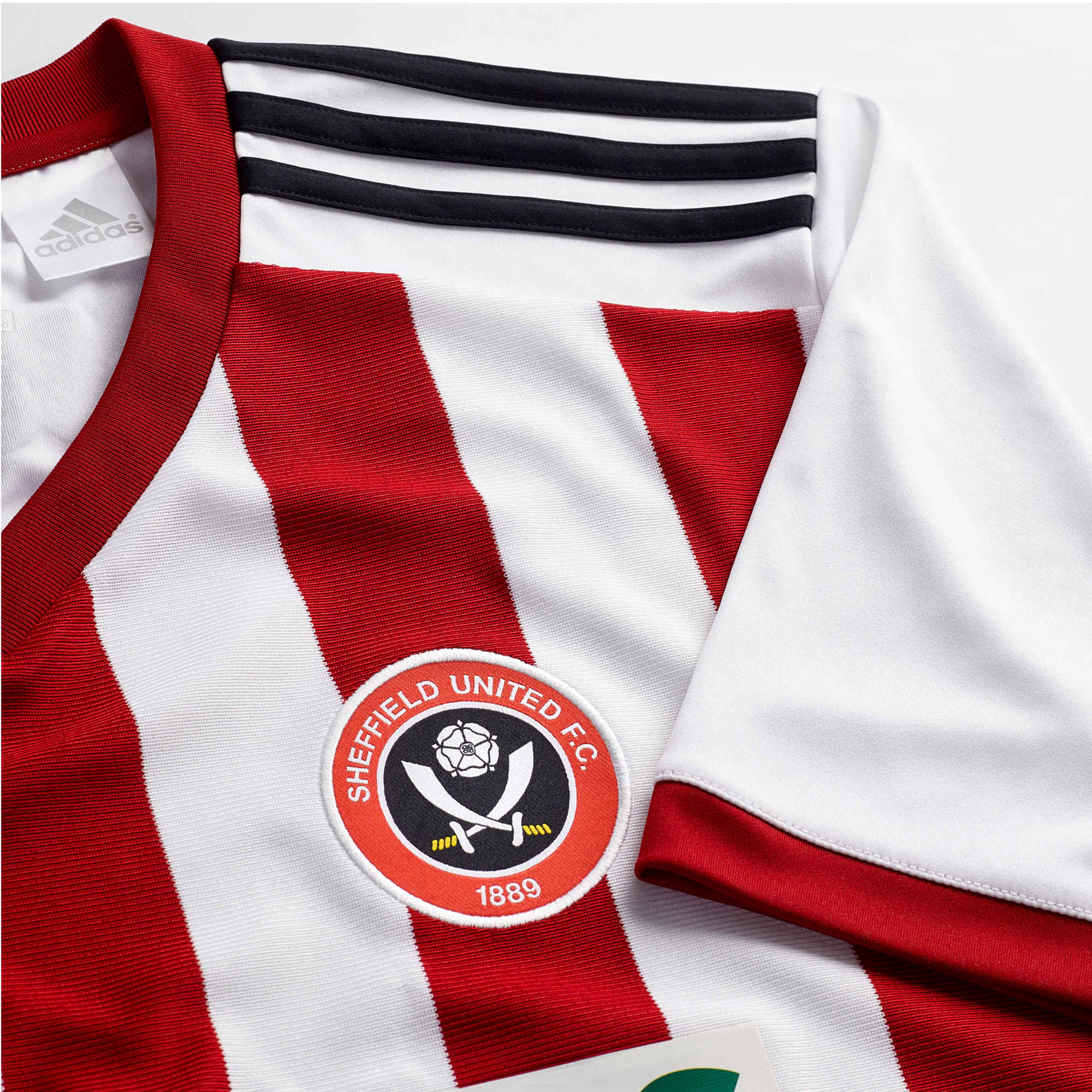 Adidas’ trademark stripes sit on top of the shoulders and lead up to the neckline.

Finally, the neckline and sleeves are tapered with red. Furthermore, the back is blank, apart from the club’s secondary sponsors: Doordeals.

We at UK Soccer Shop really like this kit. It’s simple, bright, and effective. We look forward to seeing how they get on in the upcoming season.