AFC Wimbledon. They’re a club that are overshadowed by THAT tennis competition. There’s no need to mention it here. This author first came into proper contact with the club in 2016. Wimbledon were on their playoff chase and it was in the final stages of this season that we fully saw Adebayo Akinfenwa’s personality and strong footballing talent. We say strong because the man is a mountain. After scoring a penalty to go 2-0 against Plymouth Argyle, the former Gillingham man said “I think I’m technically unemployed, so any managers hit me up on the WhatsApp and get me a job.” Akinfenwa went to Wycombe Wanderers and has been nominated for EFL League Two’s player of the season.

The story for AFC Wimbledown is of survival. Since forming in 2002 they’ve gradually climbed up the tiers of football. Through the conference, into League One where they finished in 15th place after their arrival and 18th last season. Going into the 2018/19 campaign, Neal Ardley will be hoping for positive results from his team. They not only want to survive, they want 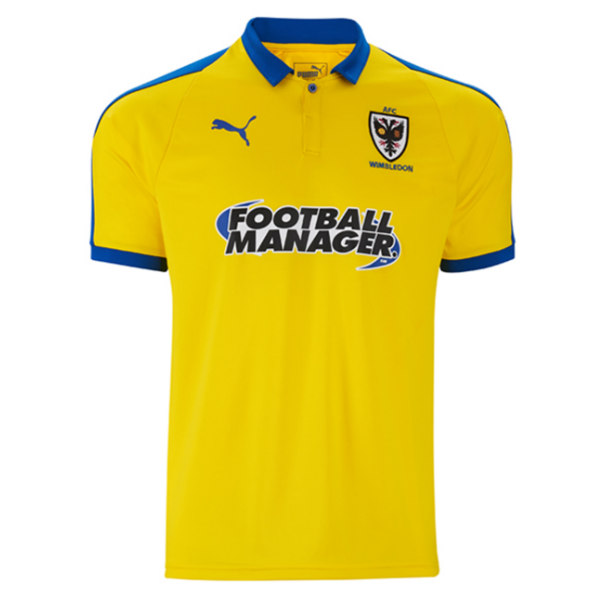 To help them in the third tier of English football, Puma have crafted a kit that is bright, eye-catching, and opinion-dividing. We at UK Soccer Shop quite like it but there are some who think it’s a bit much.

The kit is bright yellow. The colour of custard. The advantage of this is that all logos and club crests stand out. They aren’t lost in a messy pattern. 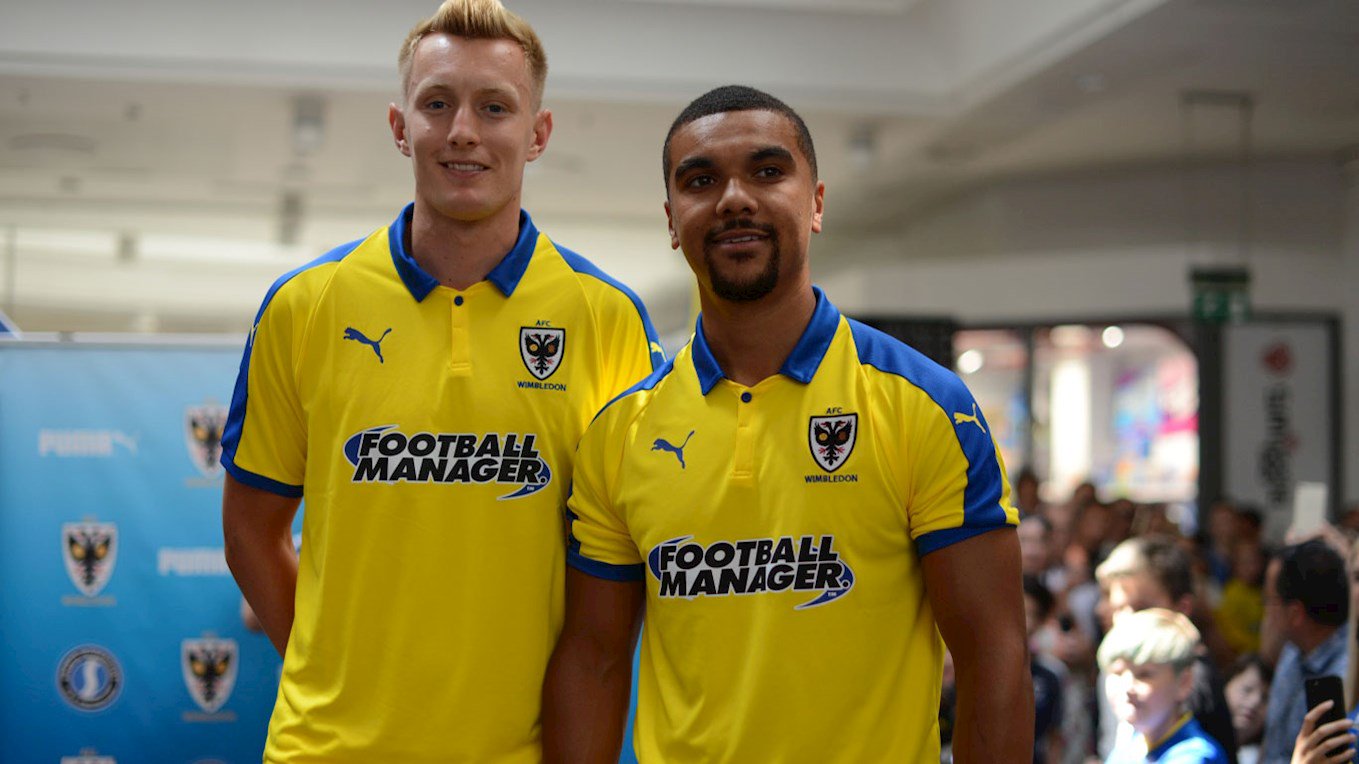 The neckline features a full collar with a button at the front. This allows for extra breathability and gives the kit a classic look. While you may be thinking the yellow is a little too much, there is plenty of blue on the kit. Down the middle of the sleeves is a blue piece of material. The material features Puma’s logo in the middle. Finally, the bottom of the sleeves are tapered with blue. As well as the blue collar, the two colourings compliment each other.

Perhaps this will be the season that AFC Wimbledon break into the Championship. Keen fans will have their eyes on the transfer market. However next season those same eyes will have a much easier time spotting the players in this new kit.