A few weeks back we showed you their home kit. Here’s Cambridge City’s 2018/19 away kit.

Cambridge. It’s world famous for its prestigious university. The only contact us mere mortals have with the institution is the yearly boat race between them and Oxford. It looks easy but we’re pretty sure it isn’t. While the city might be famous for its education and beautiful river, it hasn’t been made too famous by the football team. Cambridge United currently compete in league 2 with teams like Stevenage and Grimsby Town. Since promotion from the conference in 2014, the club have gradually climbed the standings of League 2. It hasn’t been back-to-back promotion but perhaps that’s what the fans like to see – a steady ship. 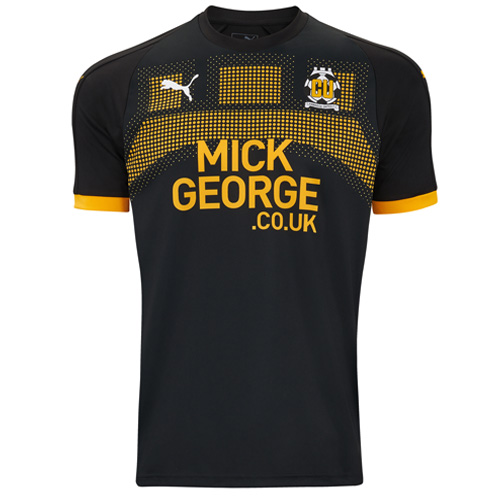 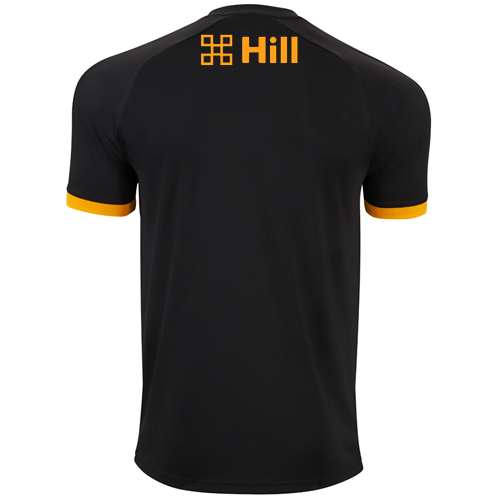 To sail them into their 2018/19 campaign the club have teamed up with Puma to create an away kit that is simple but bold in its design.

The kit itself is black. That isn’t too bold. We could name many kits that feature this simple design colouring. On the centre of the chest, stretching from right to left is a unique pattern. The pattern is in orange, made up of many tiny dots, and recognises the club’s links to the Magdalene bridge. Although most fans absolutely love this kit, there are some who think the orange is a little too much.

Orange is seen again on the shorts – they’re bright orange. 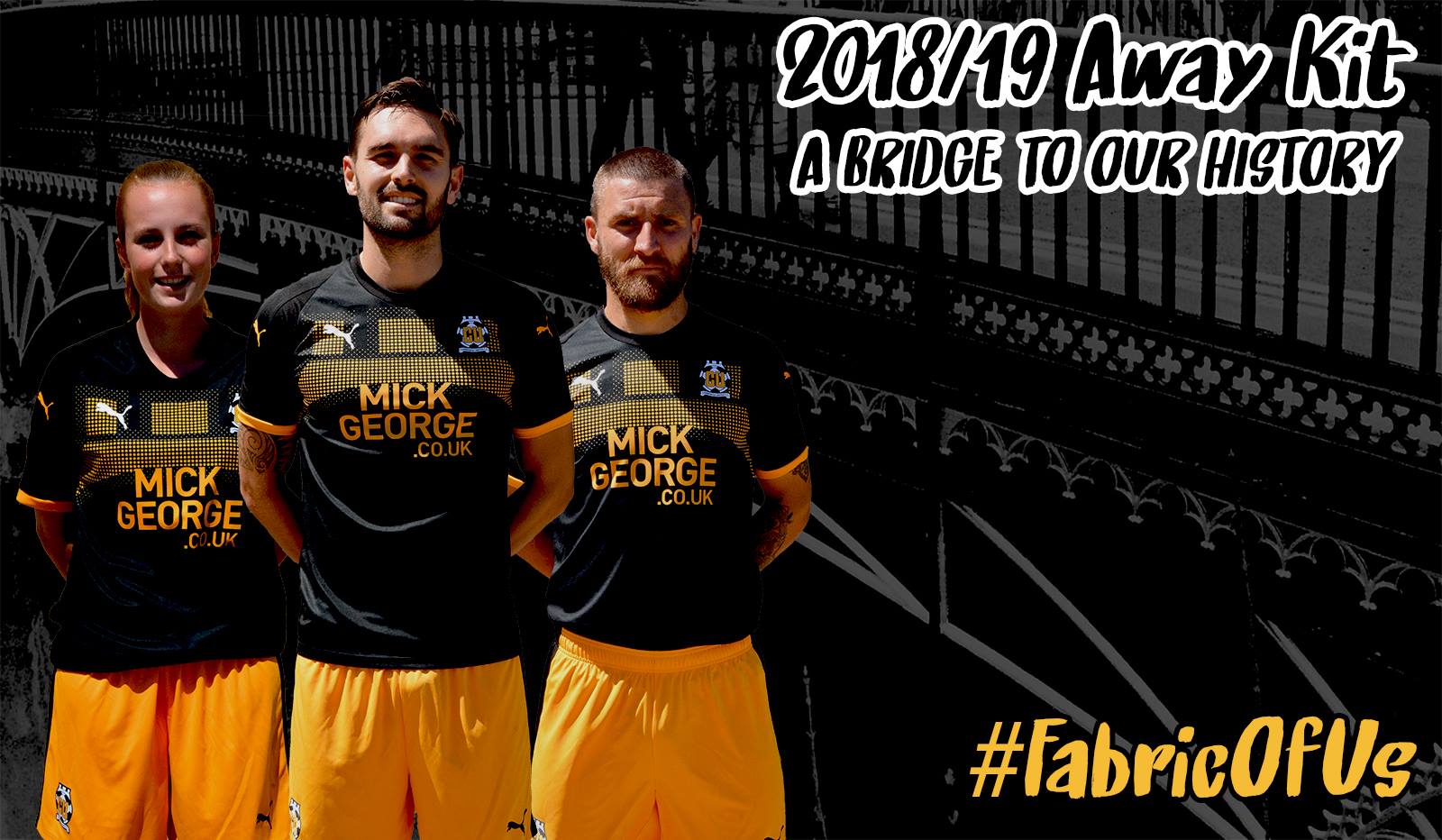 The neckline features no tapering, however this can be found on the bottom of the sleeves. Furthermore, the tapering gives a complete and whole look.

Under the bridge pattern sits the club’s main sponsor: MickGeorge.co.uk. On the back is the second sponsor: Hill.

We at UK Soccer Shop really like this latest offering by Puma. It reflects the club’s heritage, has a dynamic, bold, pattern, and features plenty of orange. We hope that the club can push on for promotion in their 2018/19 campaign.