Wrestling referees. When you read those two words you probably firstly checked to see you were on the correct website. Then you probably thought of what they wear – black and white vertical stripes. We’ll get onto why we mentioned them in a little while. For the record, we have a favourite WWE referee and his name was Charles Robinson. Back to football. Notts county are the oldest professional football association in the world. They currently compete in League Two at Meadow Lane, and their nickname is the Magpies. While the club made the playoff places in their 2017/18 campaign, Notts County were beaten by Coventry. To get fans back on side and get a head start on their 2018/19 season, the club have teamed up with Puma to create an excellent home kit.

What do you think of it? We at UK Soccer Shop love it. 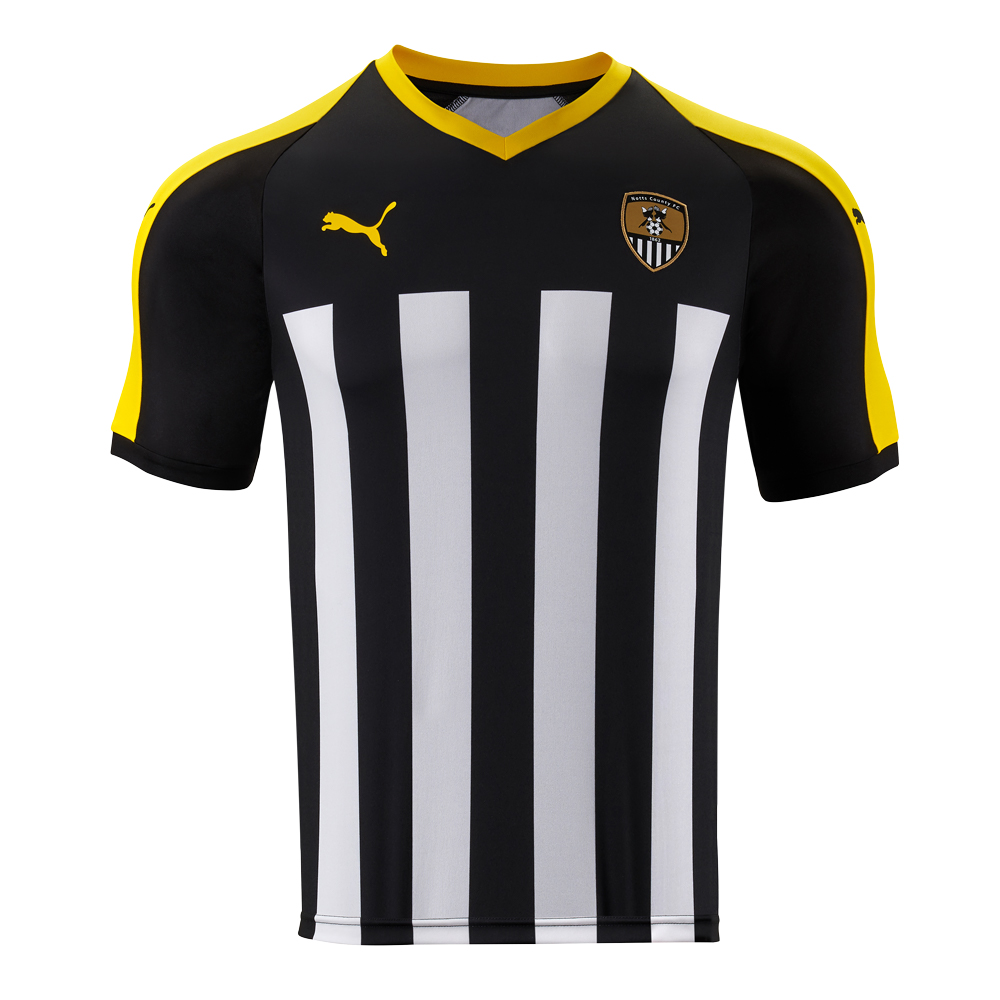 The kit features black and white, vertical stripes. Hence why we mentioned wrestling referees and the legend that is Charles Robinson. The stripes stop just under the club’s crest and Puma’s logo. Leaving a black space for these two elements to be displayed without distraction.

The neckline is tapered with yellow and is finished at the front with a ‘V’ shape.

Across the shoulders and down to the bottom of the sleeves is a yellow patch of material. This is tapered but not with yellow. Instead it is done with black and gives the kit top some shape. 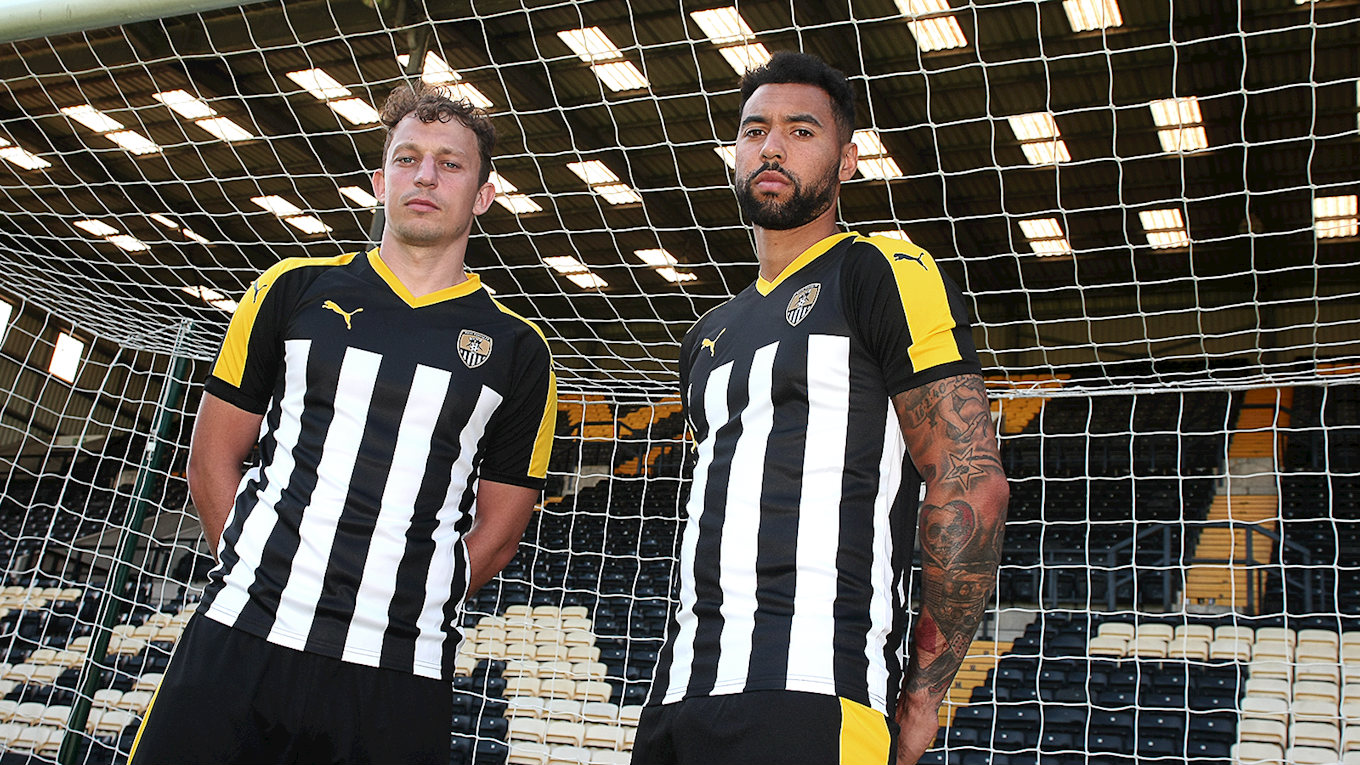 The press release photos suggest that Kane Jennings certainly doesn’t want us interrupting his conversation. He looks a little stern but that’s okay. We all have our go-to camera pose.