Last week we showed you AFC Wimbledon’s home kit. It is really colourful and incredibly eye-catching. We also discussed the man mountain and all-round beast that is Akinfenwa. Next season he’ll be playing League One football with Wycombe Wanderers and the only reason we mentioned him is because he was the legend who got AFC Wimbledon promoted. With World Cup fever still keeping English football bed-ridden, under a blanket with hot chicken soup, many clubs are releasing their 2018/19 kits. AFC Wimbledon have just released their home kit by Puma and it is lovely.

The colouring compliments the away kit and the design is both stylish and practical. It is blue with a polo-necked collar and a single yellow button at the front. Across the chest sits the club’s main sponsor – Football Manager. Many AFC Wimbledon fans will surely be taking the club all the way to the Premier League. On amateur mode. Obviously. 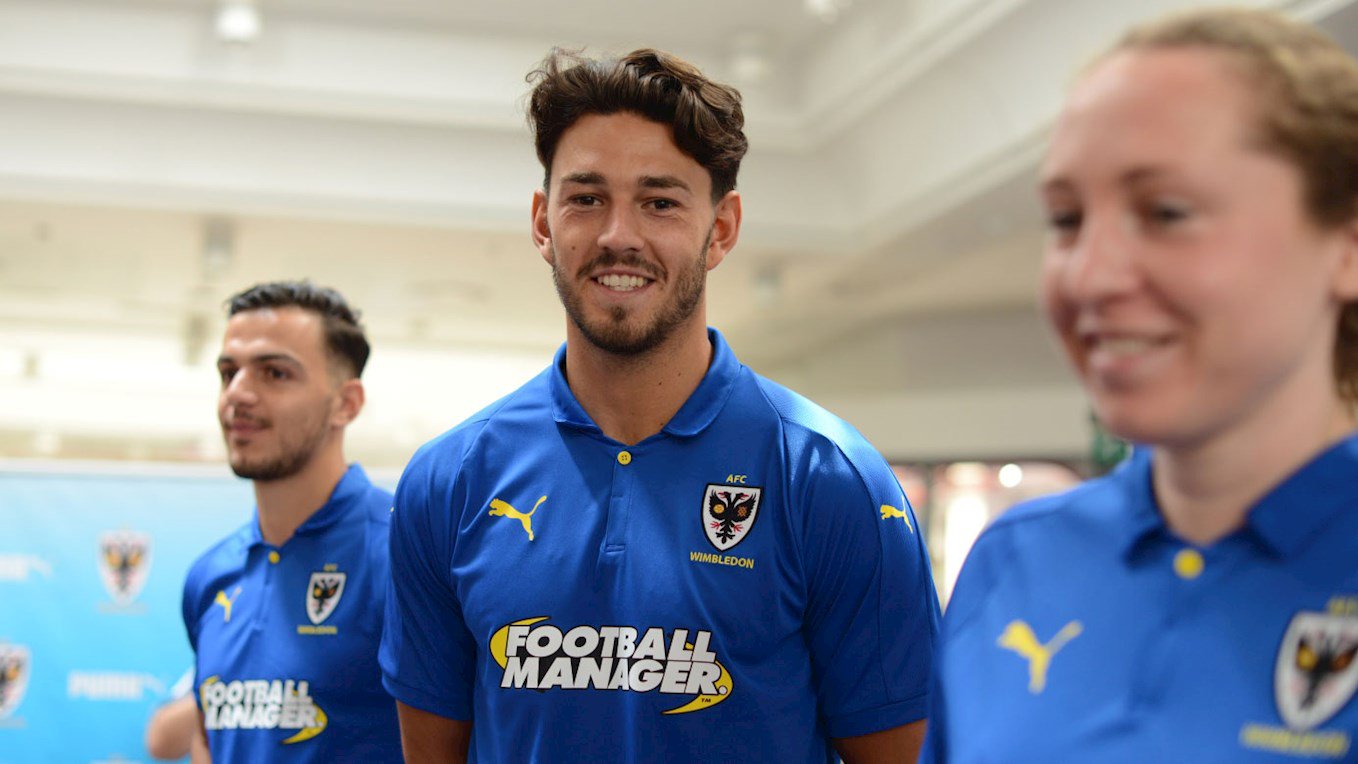 The club’s crest and Puma’s logo sit either side of the buttoned neckline. Furthermore, each stand out nicely on top of the blue colouring. They aren’t lost in a messy pattern or overshadowed by clashed in design or colour.

The tapering at the bottom of the sleeves is physical, rather than separated by colour. The colour that Puma would likely have used would have been yellow. This might have appeared a little strange so we at UK Soccer Shop think this a good design choice. 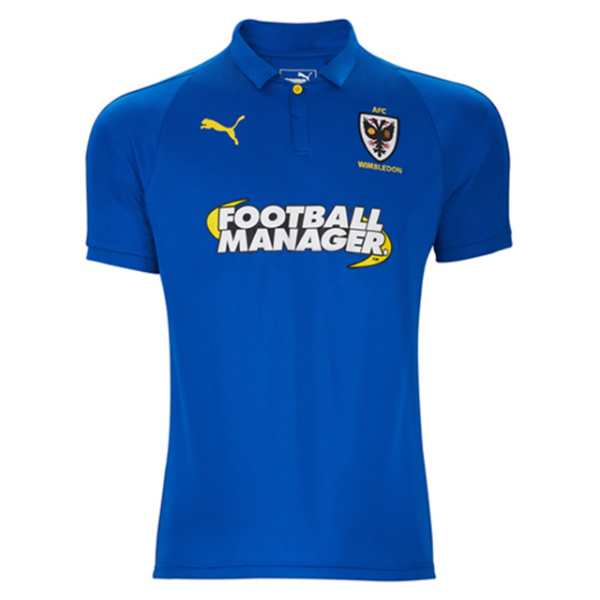 AFC Wimbledon have just beaten Reading in a surprisingly positive pre-season friendly. The score was 4-2 and it was the first time that the new home kit had been worn. This surely gives a boost to the kit’s positivity and the club as a whole.

We look forward to welcoming them to the Championship. Maybe not this season, maybe not the next, but one day.