They have arguably the trickiest ground to get to in English football. A trip to Brighton & Hove Albion is a challenge to say the least. The stadium has no car park, therefore most of those watching the game have to arrive by train. The Falmer Stadium can hold 30,000 people. Think about these 30,000 people having to get onto trains operated by Southern Railway to get to the match – a little challenging. But now think about after the game when everyone leaves at the same time. Nightmare. Especially during this heatwave that we’ve experienced for what feels like three years.

Aside from the logistics, the Falmer Stadium, with its curved roof, is actually quite nice. 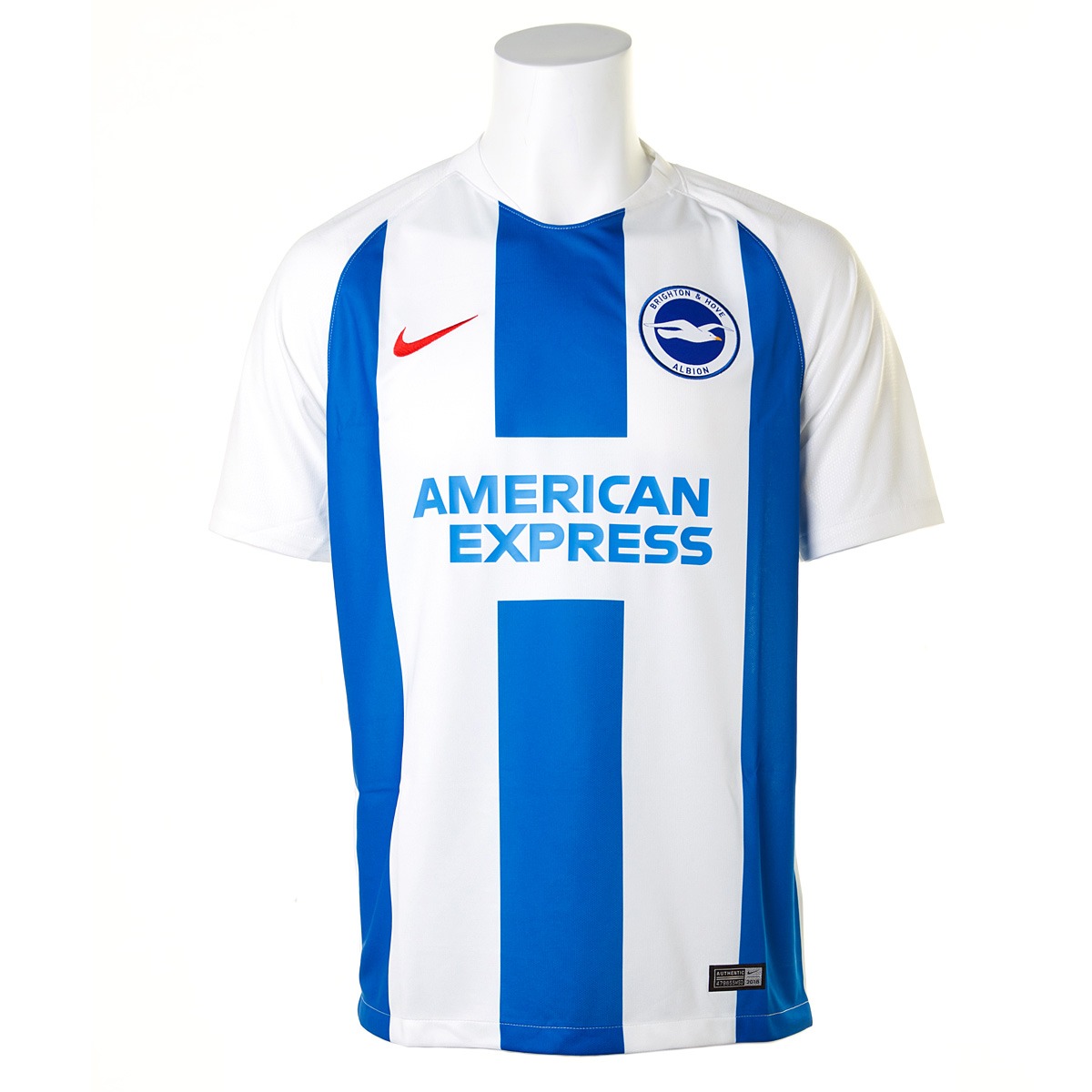 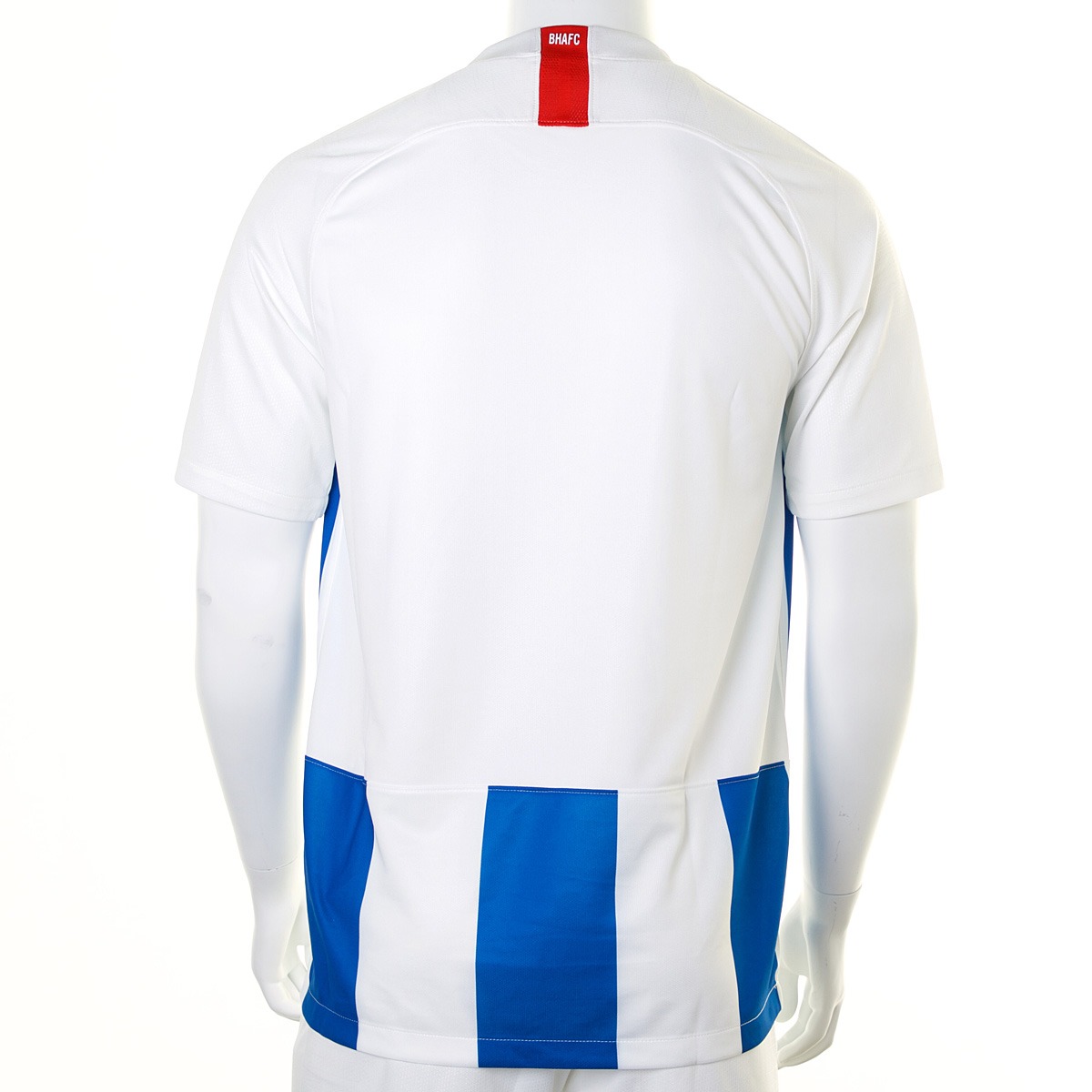 Now that they’ve survived their first season, Chris Hughton will hope that the Gulls will properly compete next season. They might not be able to get into the top six but surely top ten would be a realistic target.

To help boost them up that table and to save fans from a nervous May/June, Brighton & Hove Albion have teamed up with Nike once again to craft a home and away kit. 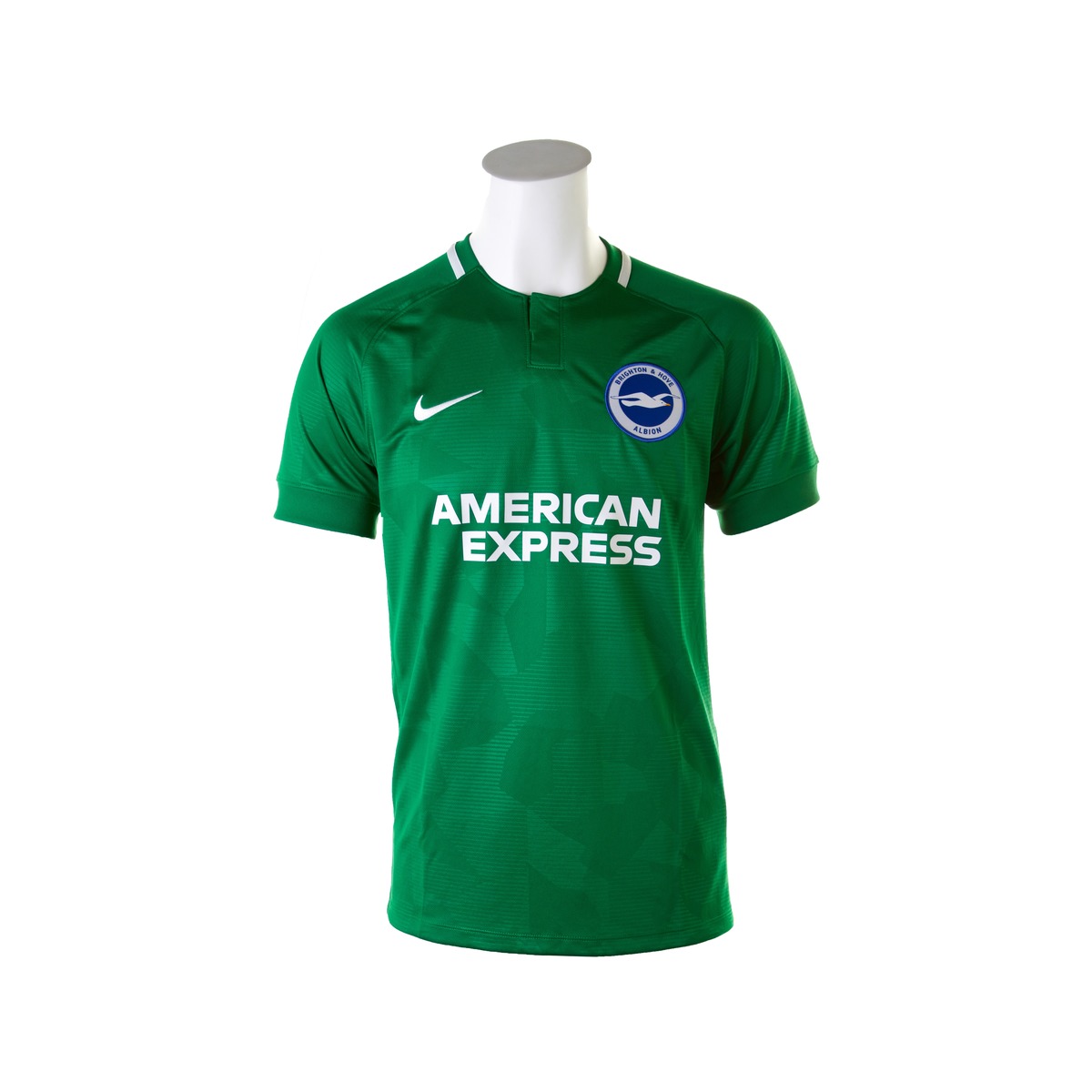 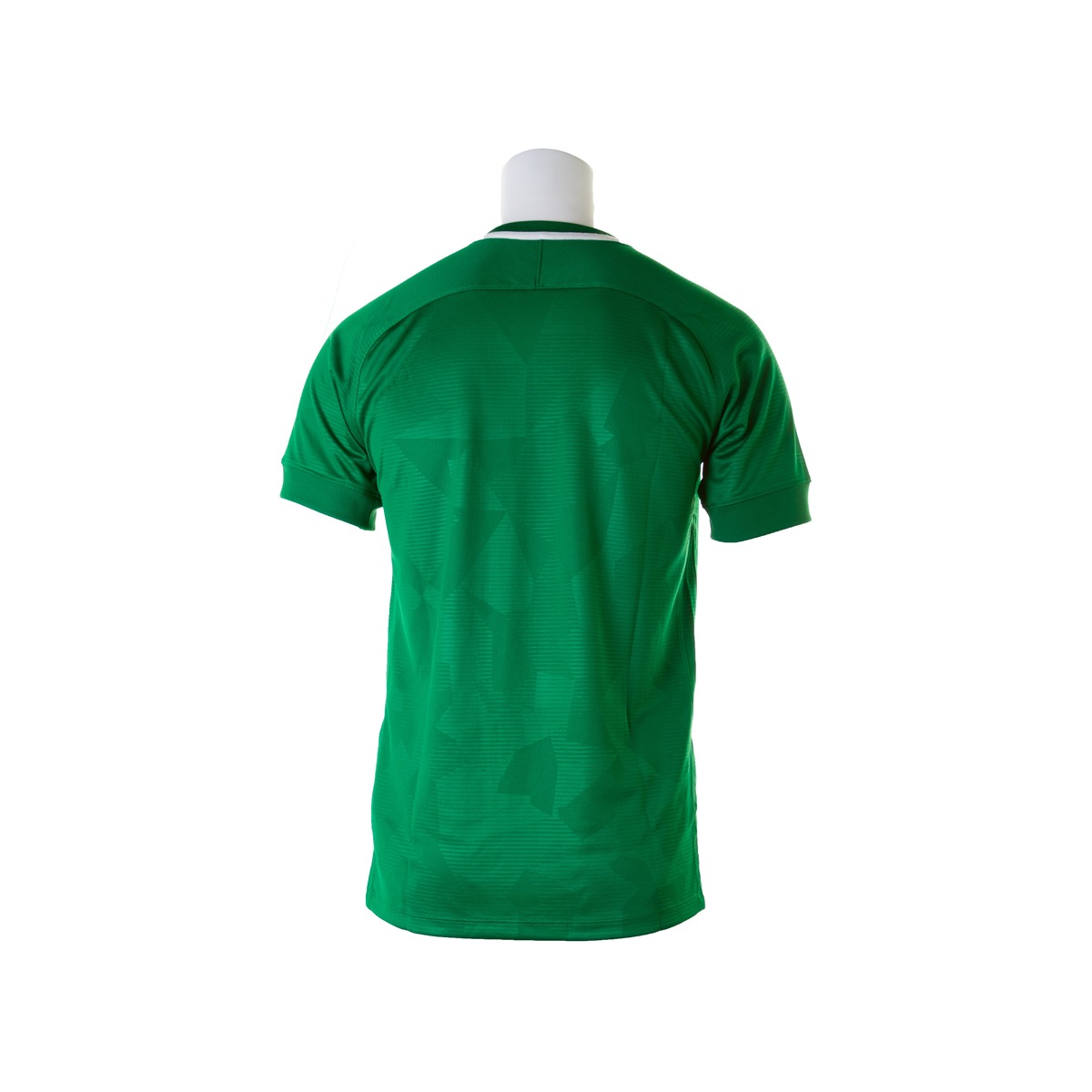 The home kit is striped in the iconic blue and white. These stripes run vertically and stop at the sleeves. There is no collar, instead, the neckline remains sleek and simple. Furthermore, the letters “BHAFC” feature on the nape of the jersey and inside are the words “Sussex by the sea.”

While the home kit is almost as expected and something quite familiar to fans, the away it is green. The neckline features a polo-style collar and subtle lines on the jersey create an alternative pattern.

We at UK Soccer Shop think these kits are excellent. We look forward to seeing Brighton Hove & Albion compete next season.