They are the champions, my friend. Manchester City stormed the Premier League last season and ended up with the league title. The fans earned bragging rights over their red neighbours and most enjoyed seeing Manchester City players representing their countries at the World Cup. They revealed a champions kit that we showed you back in April and their home kit, a stunning design was displayed in May.

With only two weeks to go until the Premier League kicks off once again, we’d like to show you the Sky Blues’ latest away kit. Much like the home kit, it’s simple, sleek, and effective. We at UK Soccer Shop always love a simple kit, when done correctly, but what do you think? Love it, hate it, or don’t care? 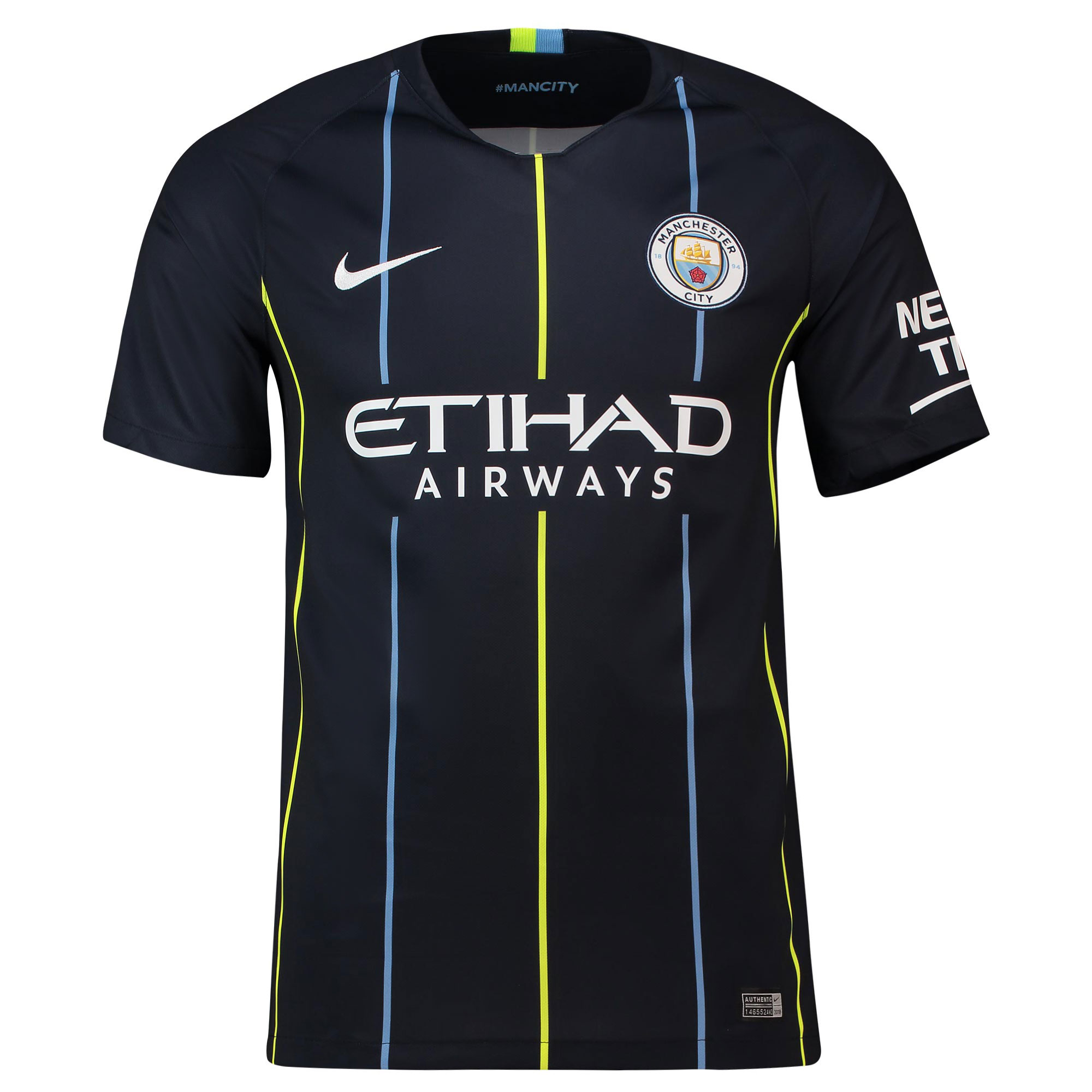 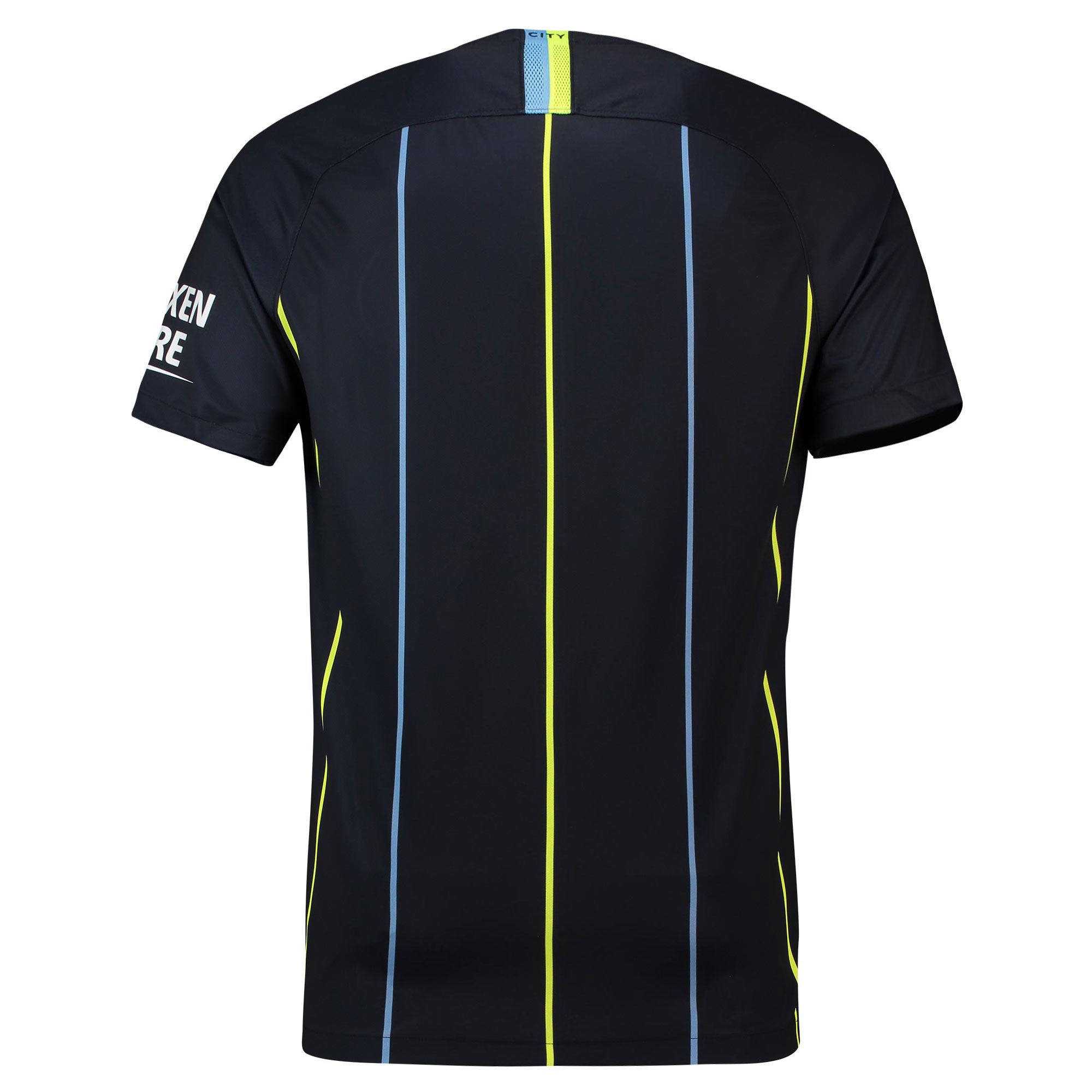 The kit commemorates one of the most important, exciting games in Manchester City’s history. In 1999, Manchester City faced Gillingham in the play-off final. The game decided who would return to Division One. Manchester City were 2-0 down into injury time when two goals scored by the Sky Blues took them to a penalty shootout, which they won.

Ask any slightly older footballing fan and they’ll tell you that Manchester City never used to be good. Most fans see this game as the beginning of their rise to the top. Also money helped. A lot of it. 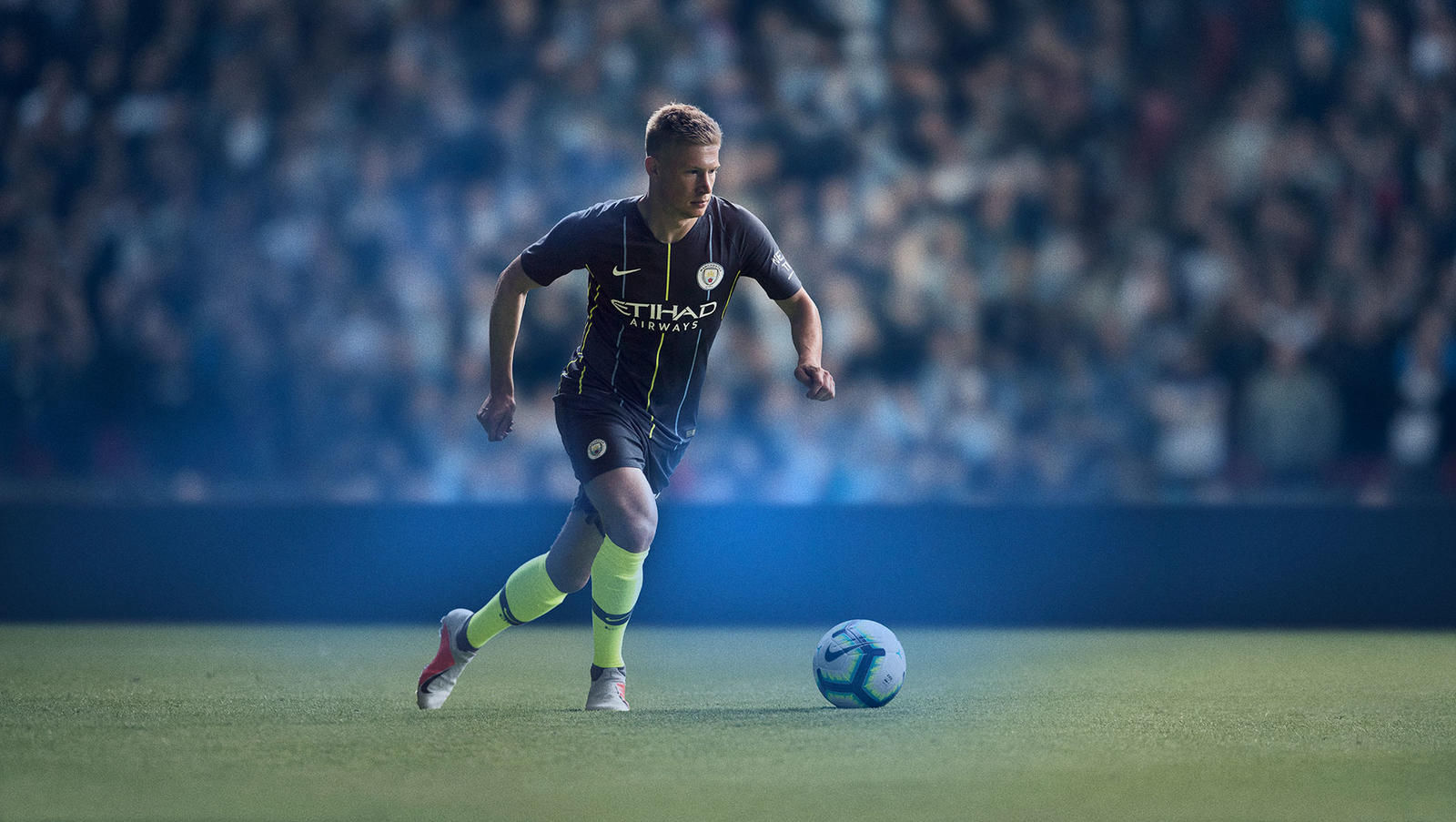 The kit is navy blue with sky blue and lime green stripes running vertically down it. Furthermore, the club’s crest and Nike’s iconic Swoosh sit ontop of the blue stripes.

On the nape of the jersey is the word “City” ontop of a blue and green thick,double stripe.

Tomorrow, Manchester City play Liverpool in the International Champions Cup. This comes in a week where Pep Guardiola has said it’s “almost impossible,” to break any of the records set by his team last season.

We look forward to seeing if he’ll be eating his own words next April.