They’re an Australian club who play in a city called Gosford. Furthermore, they have Usain Bolt in their player rosta. Despite not being fit enough for the A-League (according to the club’s coach), he was the fastest man on earth and that isn’t a bad thing to have on your professional CV. Last season, the results couldn’t have gone much worse for the Central Coast Mariners. They came in tenth place out of ten clubs. This season, if their speedy secret weapon can get his fitness together, surely they can compete. Can’t they?

To help them actually compete in the league, rather than just sit at the bottom, the club has teamed up with Umbro to create a kit that this author isn’t sure about. The kit is eye-catching and simple, but the stripes incorporated into the design aren’t parallel. They aren’t even the same size. Fans have given mixed reviews so don’t let this author’s opinion change yours. 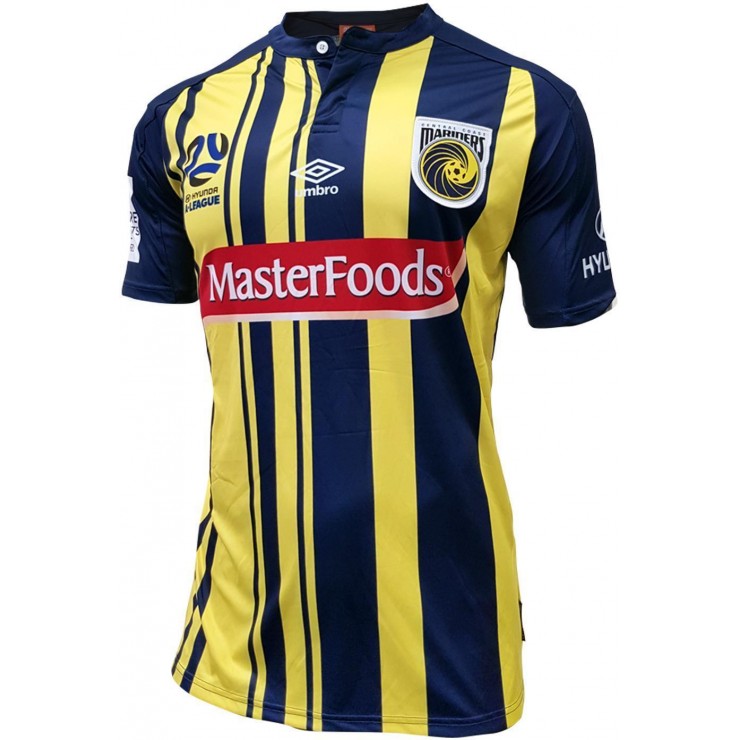 The kit is yellow and dark blue. These two colours contrast nicely. Each complimenting the other. At the front of the simple neckline is a single button to fasten the jersey together. The two colours that feature run in vertical stripes. These stripes start thick on one side and become thin on the other. Yellow and blue was chosen to reflect the club’s crest design.

The kit is finished off with blue shorts and bright yellow socks. Furthermore, while not parallel, the colour combination does give the kit the necessary character to be both eye-catching and subtle. 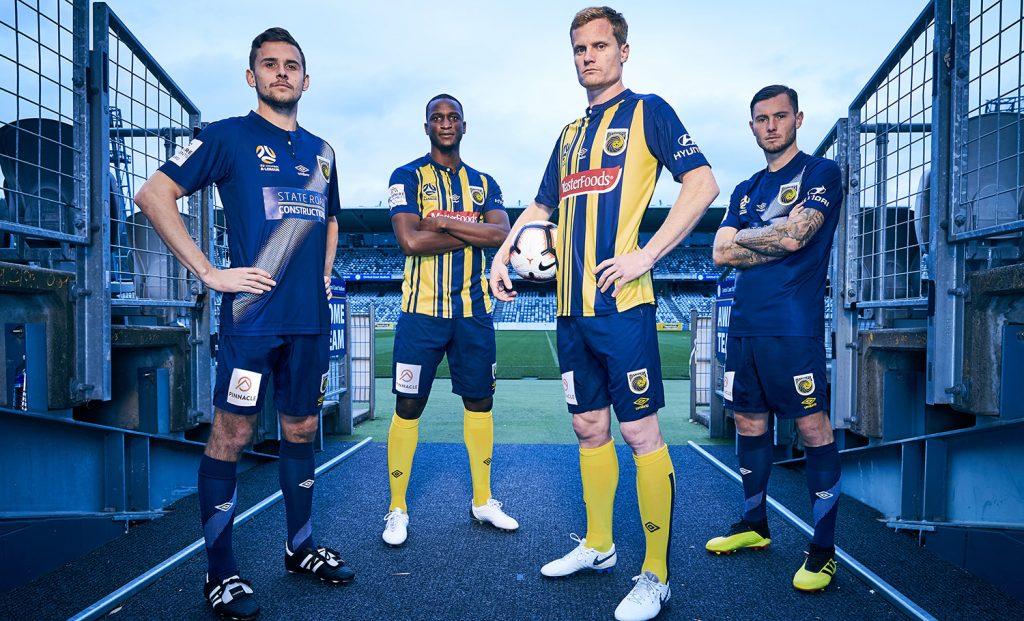 Central Coast Mariners might have Usain Bolt, a man who can run incredibly fast, but that doesn’t mean he’s good at football. Furthermore, the club might have had a kit designed by Umbro, but it doesn’t mean that it’s a good kit.

We at UK Soccer Shop look forward to seeing this kit on the pitch next season.