At the end of the 2017/18 season Chelsea ditched Antonio Conte. Having finished in fifth place and it’s clear that the board of directors don’t want to end up that low again. They have high expectations and it seems so far that Maurizio Sarri is exceeding them. Chelsea currently sit in second place behind Liverpool and while the division is feeling a little bit turbulent, they’ll have their eyes on that title win. Furthermore, to help them achieve this goal, the club has teamed up with Nike to create a third kit that we at UK Soccer Shop love. Yesterday we brought you Manchester City’s gorgeous purple kit. Do you think this one beats that of the 2017/18 champions? 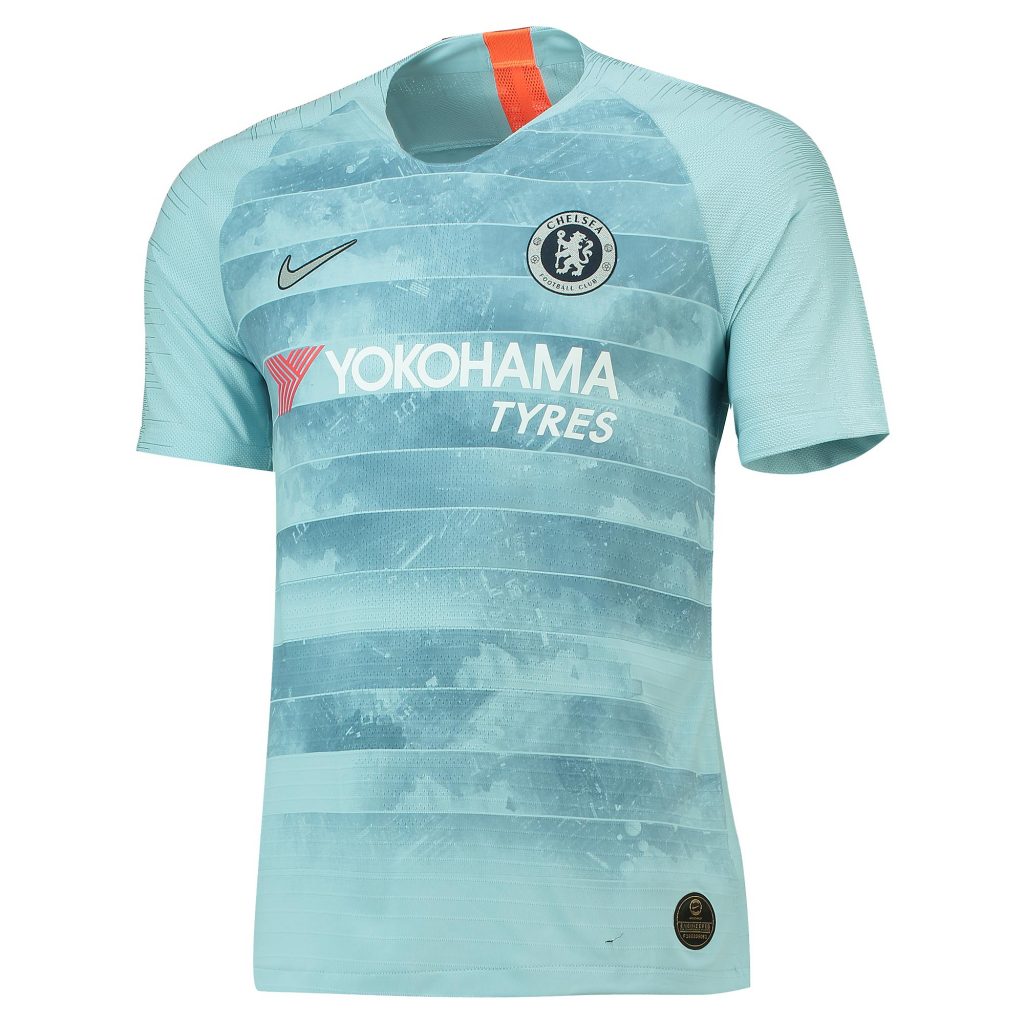 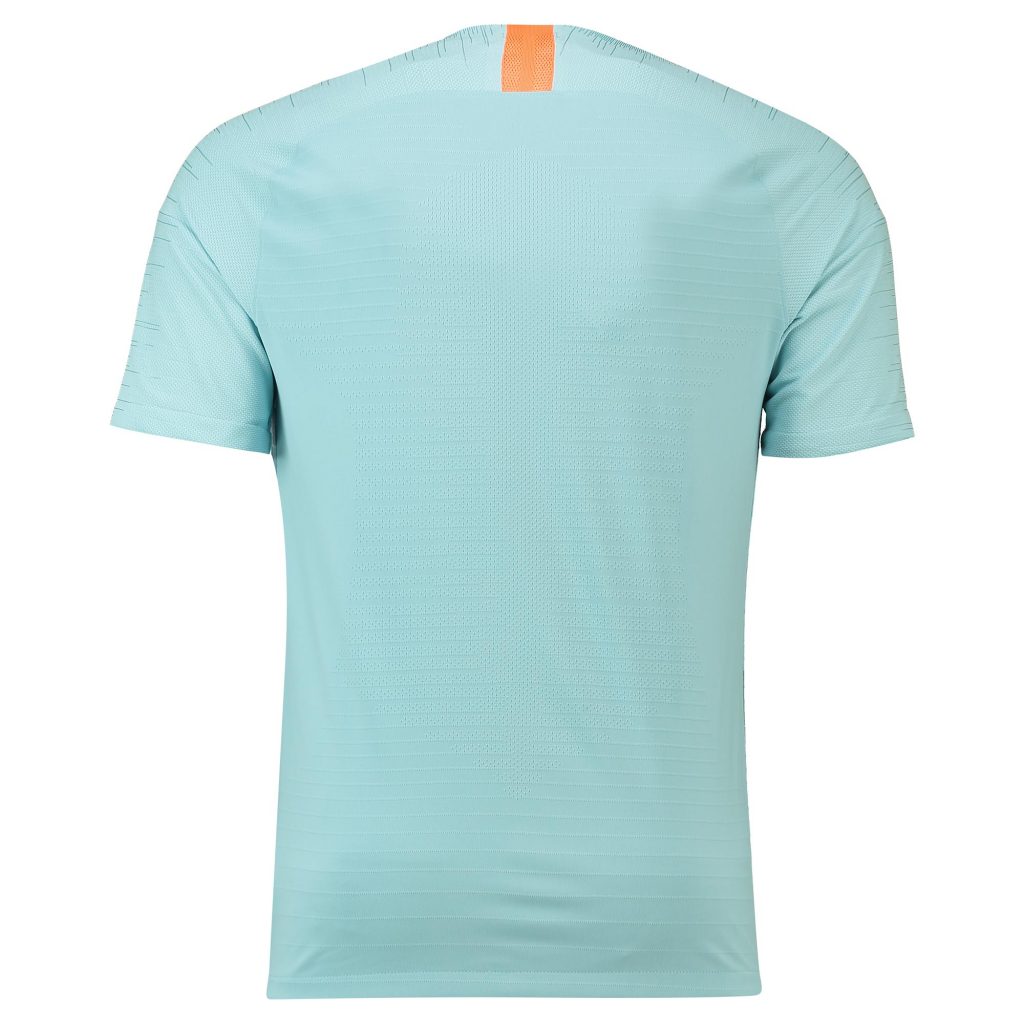 The colouring of the jersey is a light, metallic blue colour which has the physical pattern of DNA running across it. Also, for the design, Nike has opted for an aerial view of Stamford Bridge. This creates a connection between the fans and this kit. This connection is furthered by the apparent connectivity of the barcode. When scanned, the barcode releases a number of special digital features for the buyer to enjoy. 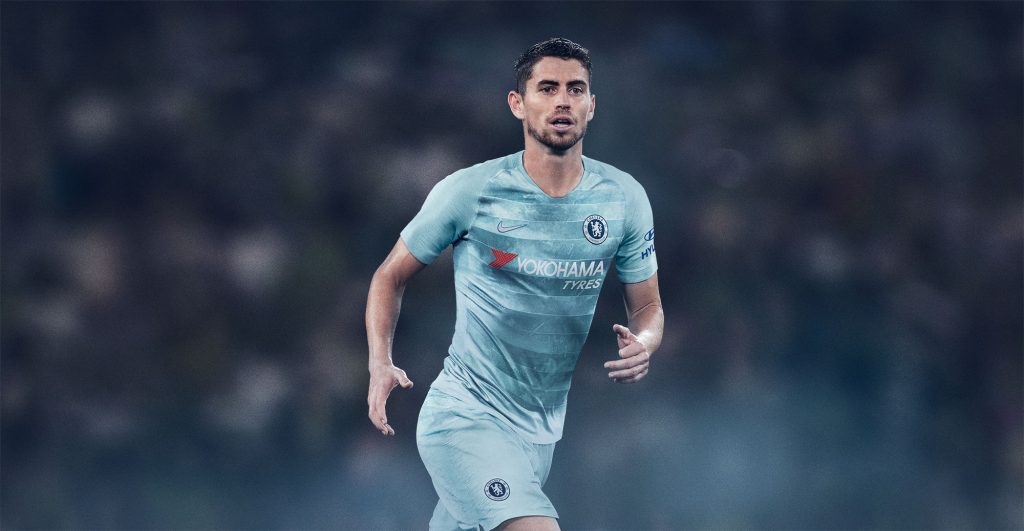 Running horizontally across the front of the jersey are a number of thin lines. These add character and depth to the kit. Furthermore, the basic grey-blue colour scheme of the kit is contrasted beautifully with the red from the sponsor and the dark orange band that sits on the nape of this third kit. 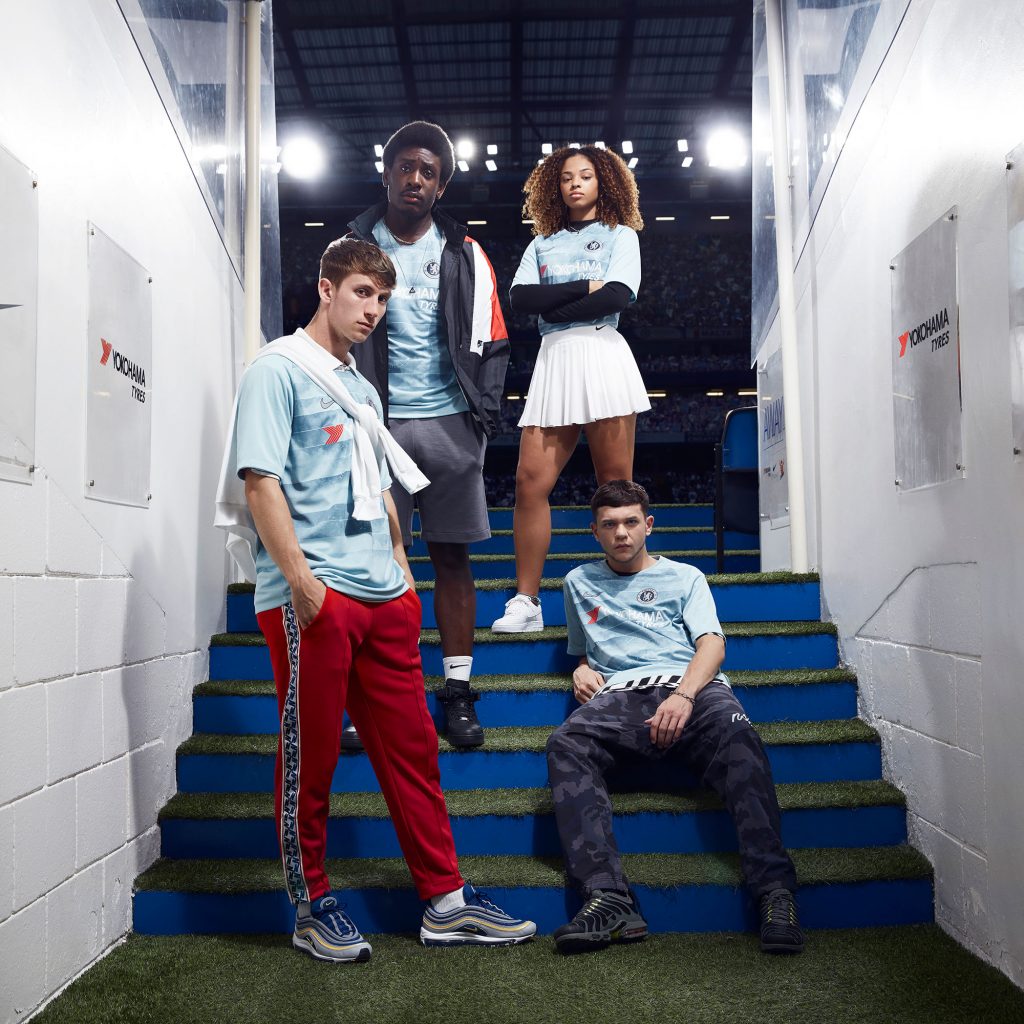 Chelsea’s season has so far seen them take all twelve points from their four games. The teams they’ve played have been: Arsenal, Bournemouth, Huddersfield, and Newcastle. Whether this momentum can be kept up when they play teams not in turmoil or simply looking to survive, we’ll have to wait and see.