They say that midweek football is tough. That’s undoubtedly true. It involves cold, late nights, travelling all over the country. They say that the only way to stay warm during these cold evening games (particularly in Winter), is to put 100% into your performance. In recognition of this chilly solution, Puma has released their Puma One Stun Pack boots. 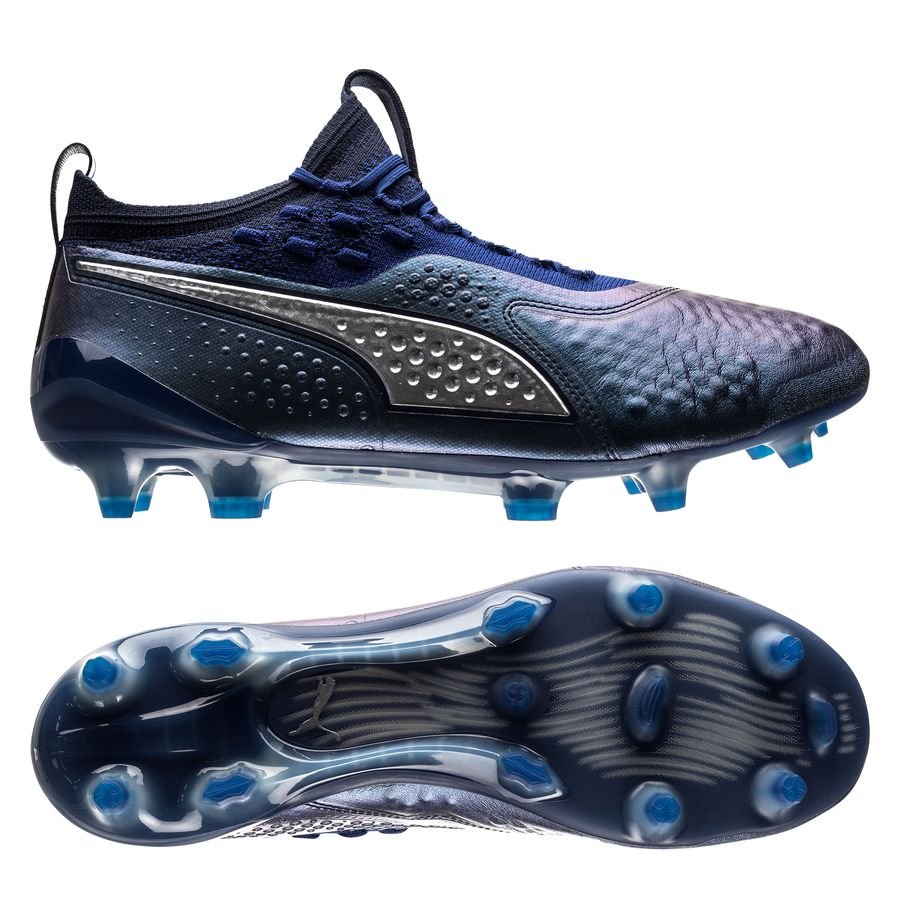 The boots are a blend of silver and metallic blue. The shading seems to vary depending on the angle that you look at them. Running across the toes and down the sides, each boot has a physical, textured pattern. The pattern which fades in and out is very similar to rain droplets. Furthermore, the pattern gives the boots necessary character and depth.

On the Puma One Stun Pack boots, a silver panel is cut into the outer side. This contrasts perfectly with the metallic blue. On the inside of each boot and on the front deubré is the word ‘One.’ 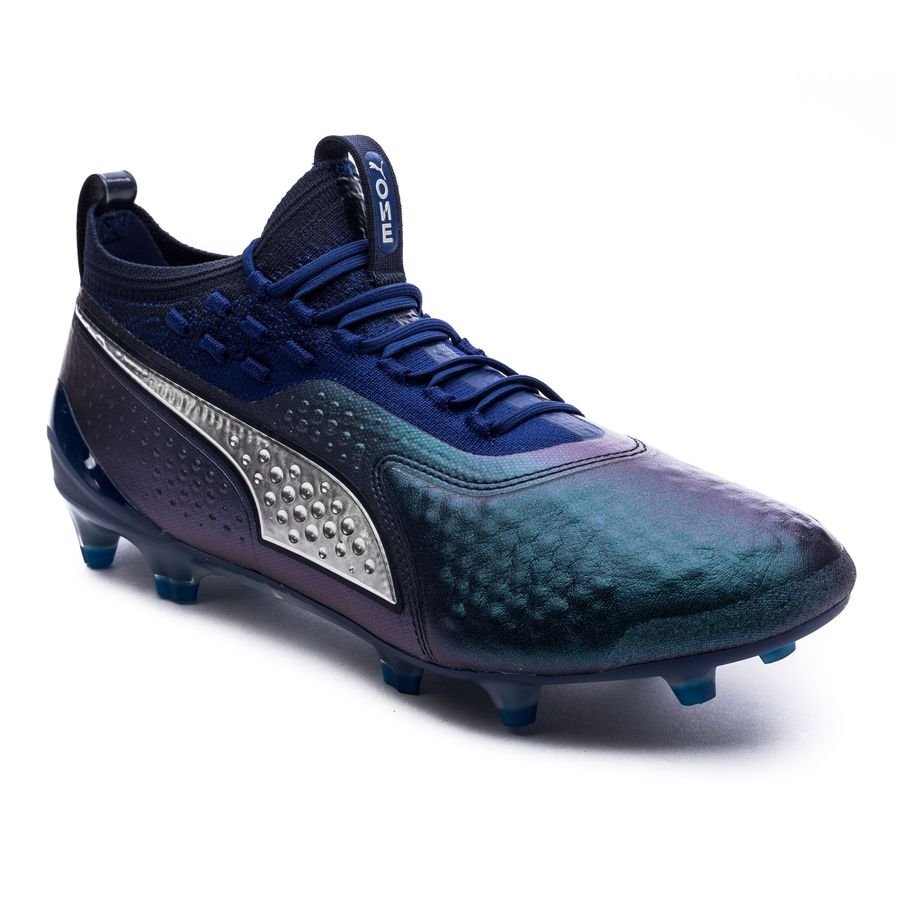 Above the side panelling, just below the laces are six blue rectangles. This contrast of patterns only provides further depth to the boots. 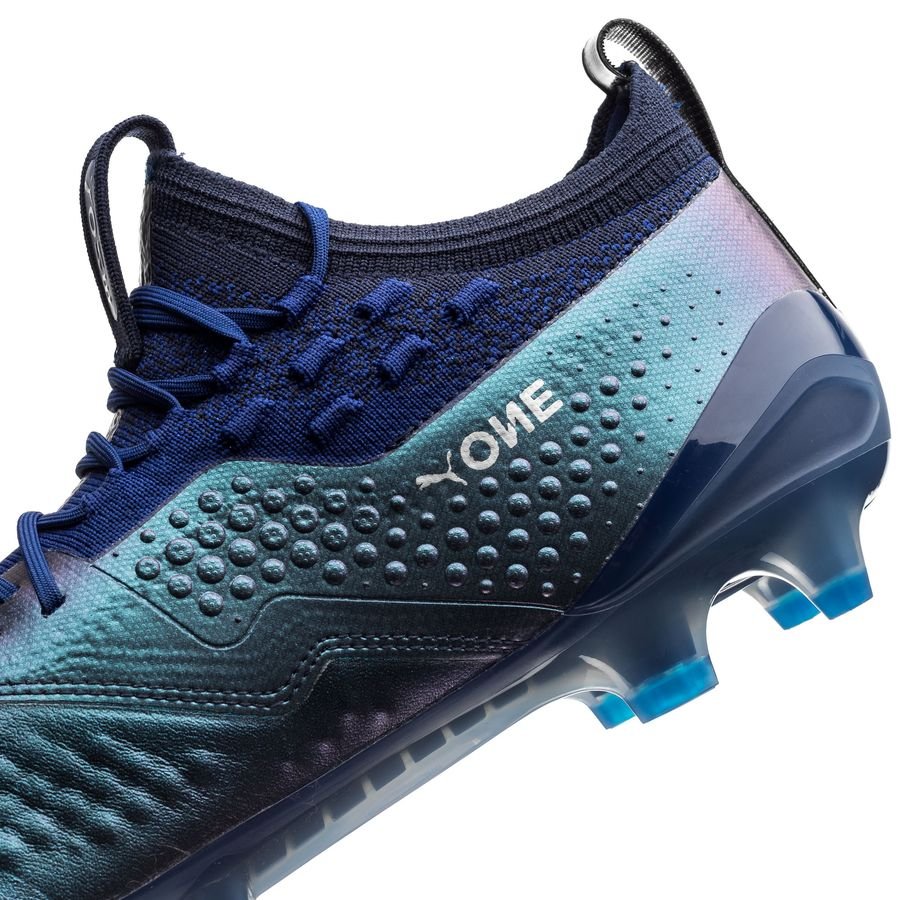 Each stud is metallic blue in colour, fading from the bottom of the boot itself. The tip of each stud is bright blue. Surrounding the studs is a footprint consisting of silver lines. These subtle additions finish the Puma Ones off nicely.