Last week, when the weekend was ahead of us and Monday was just an unpleasant fantasy, we brought you the new Puma One Stun Pack boots. They reflected the early evenings, and wet Winters that often greet footballers during the mid week games. The idea being that in poor conditions, players are made to work harder to keep warm. It’s certainly an interesting concept. The new Nike Premiers that we want to show you today don’t have any whacky concepts attached. The boots are simply expertly crafted with a well-contrasted section of colour. We at UK Soccer Shop really like them. What do you think? 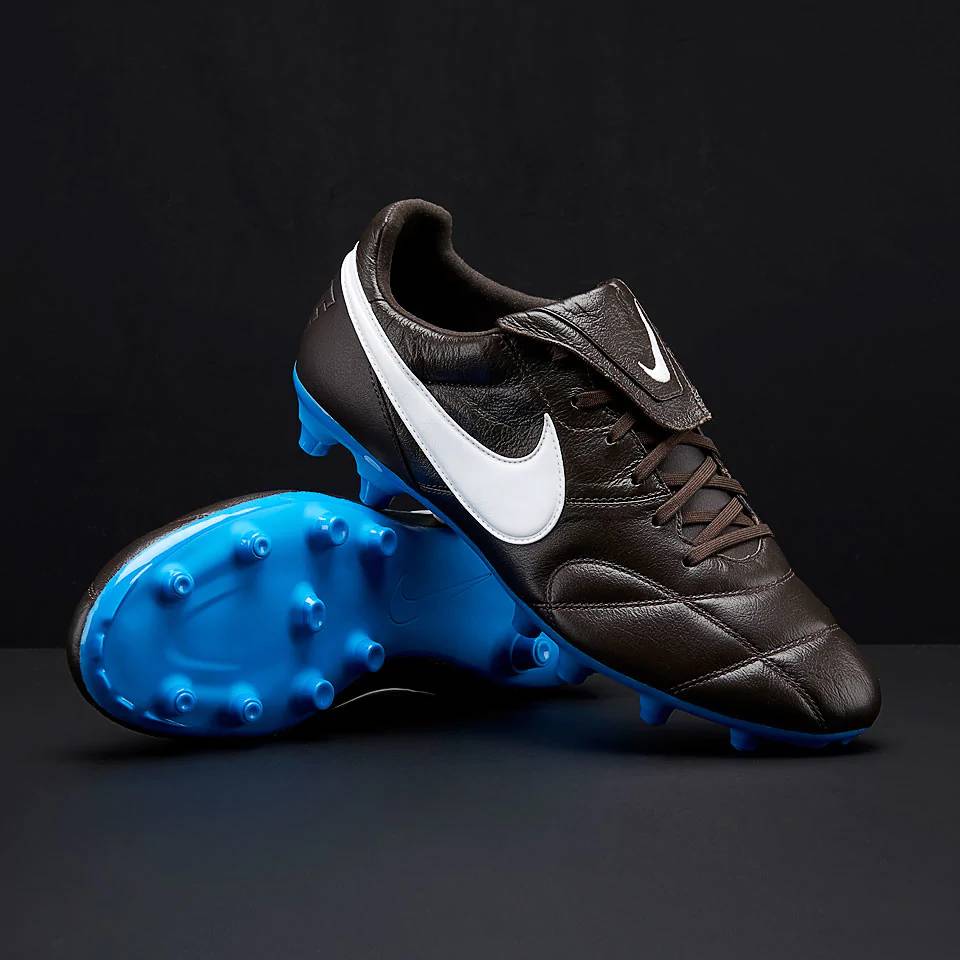 Made of kangaroo leather, the Nike Premiers are dark brown, with a lighter shade being used for the shoe laces. On the back of the boot is the word Nike, and a Swoosh on either side connects above the name. Furthermore, the use of brown leather seems to reflect football’s heritage. While Nike has only existed since the 60s, the sport has been around since the 1800s. In contrast to this history lesson, the underside of the boot is bright blue. It seems to represent the modern, bold brand in its current form. 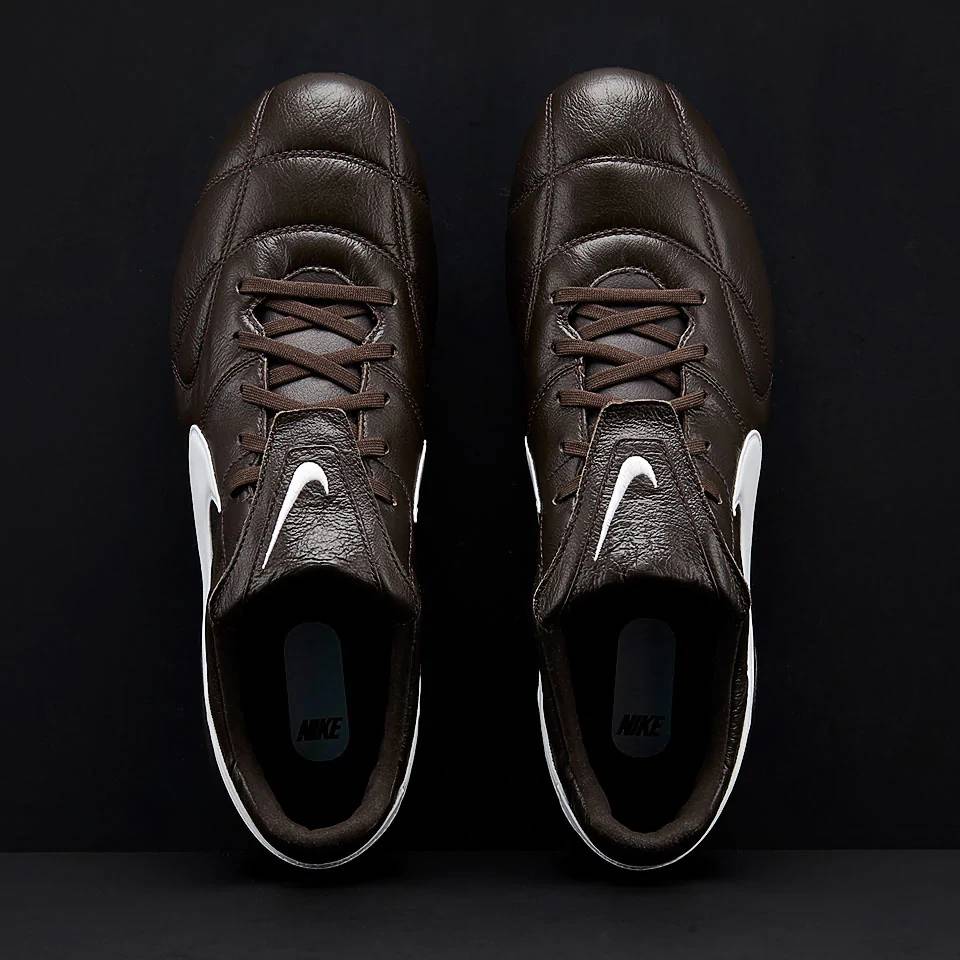 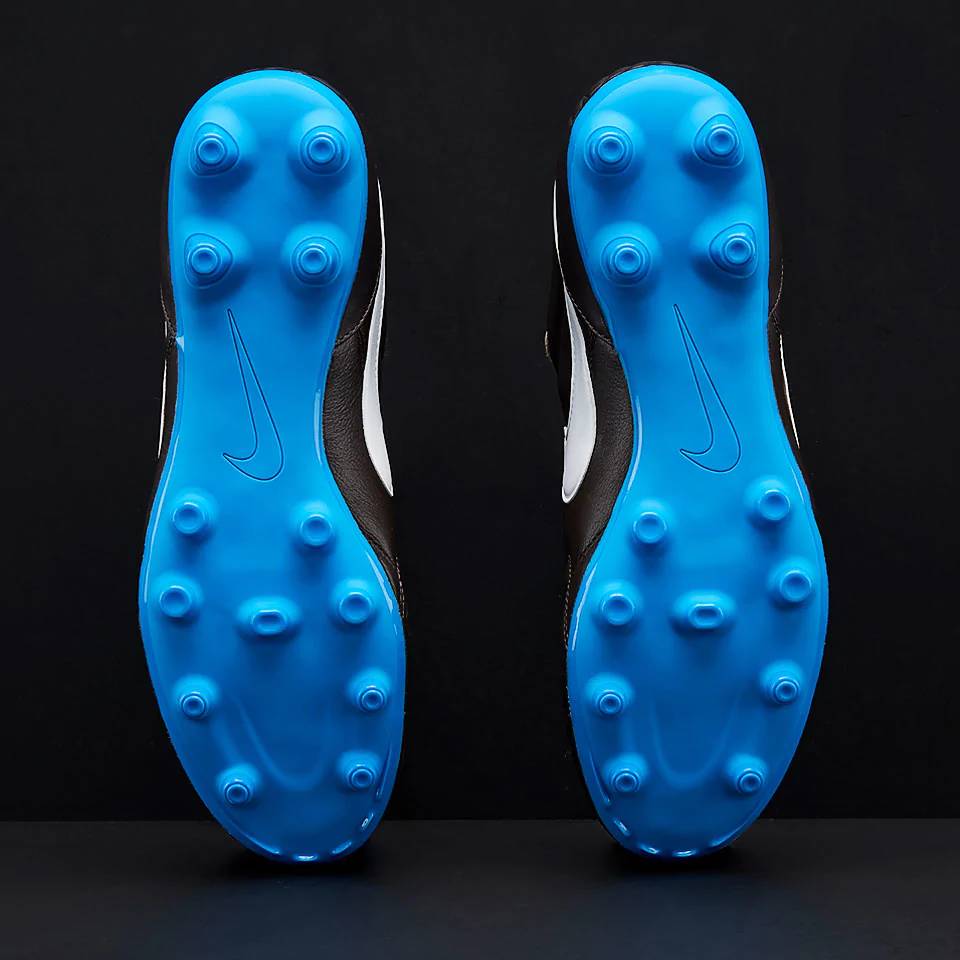 The boot has so far been positively received by the footballing community. However, those that aren’t keen are those that see the blue as a jarring juxtaposition, rather that a positive contrast. It’s certainly an eye-catching design.