Boot Design is Something Tricky to Get Right. The New Under Armour Spotlight Boots Might Just have Cracked it.

Here at UK Soccer Shop, we don’t just discuss kit releases. We also take a look at the latest in football boot fashion. Highlights so far have included Umbro’s laceless boots, the Puma One Stun Packs that reflect a rainy night in Stoke and the Munich G3 futsol boots. Now, we want to bring you Under Armour’s latest offering. The new Under Armour Spotlight boots. Their design has been carefully considered and, furthermore, the eye-catching pattern is one that has proven popular with fans.

The front, up along the inside of each boot features a physical, bobbling pattern that stems from the toe. This unique texture runs to the middle of the ankle on the inside, and about a third of the way into the laces on the outside. Here, the pattern transforms into a camouflaged one. 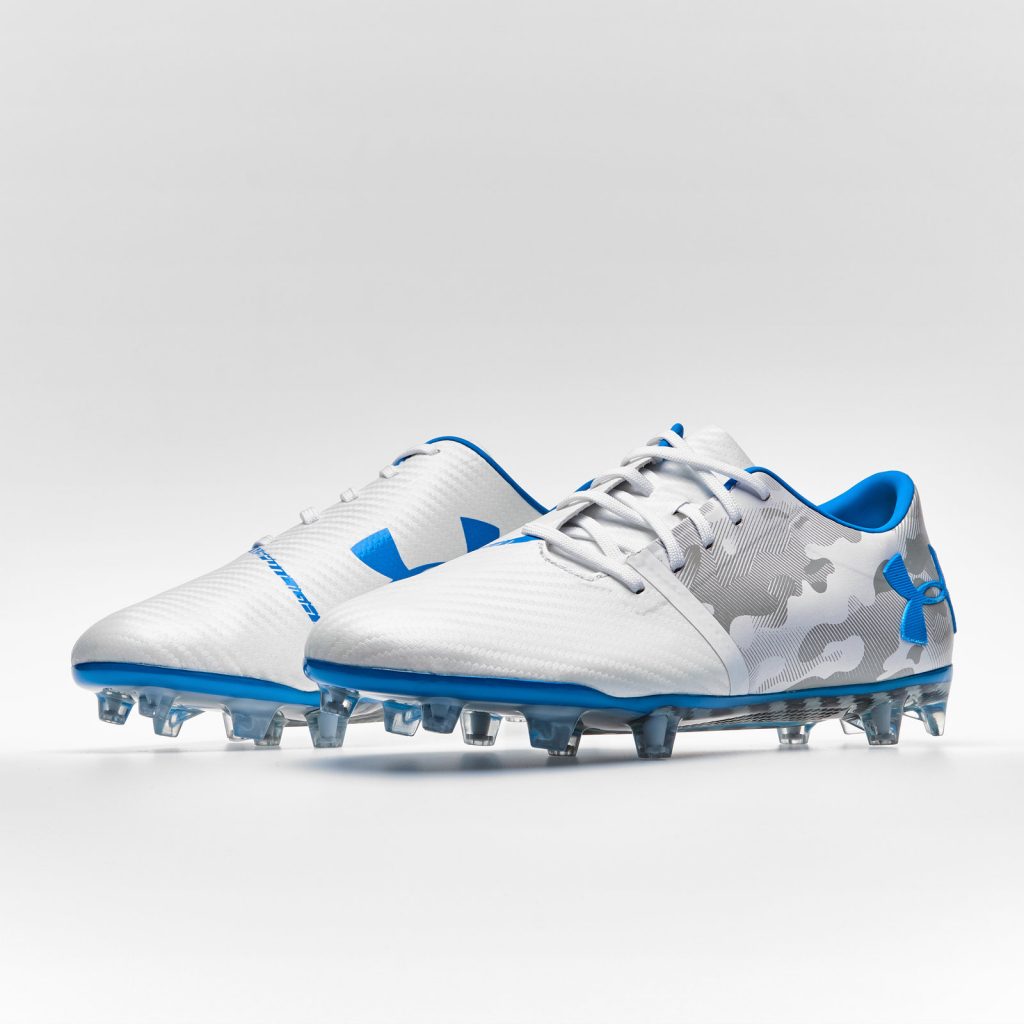 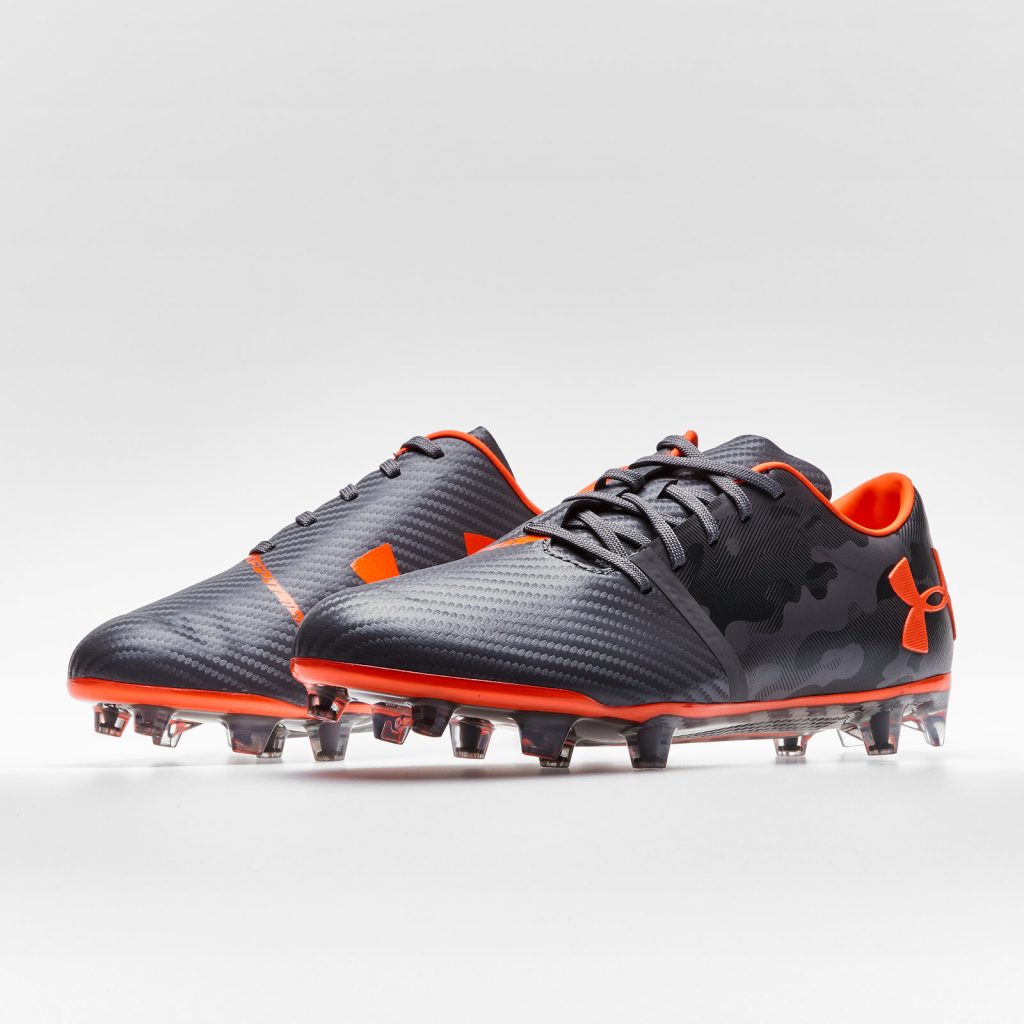 You might have noticed that thus far, we haven’t mentioned the colour of the boots. There is good reason for this. The Under Armour Spotlight boots are either white and blue, with a light grey camouflage pattern, or dark grey and bright orange, with an even darker camouflage.

A large Under Armour logo dominates the outside of each boot and, furthermore, the inside also features a logo. Running across the toe from the inside is the word ‘Spotlight’. 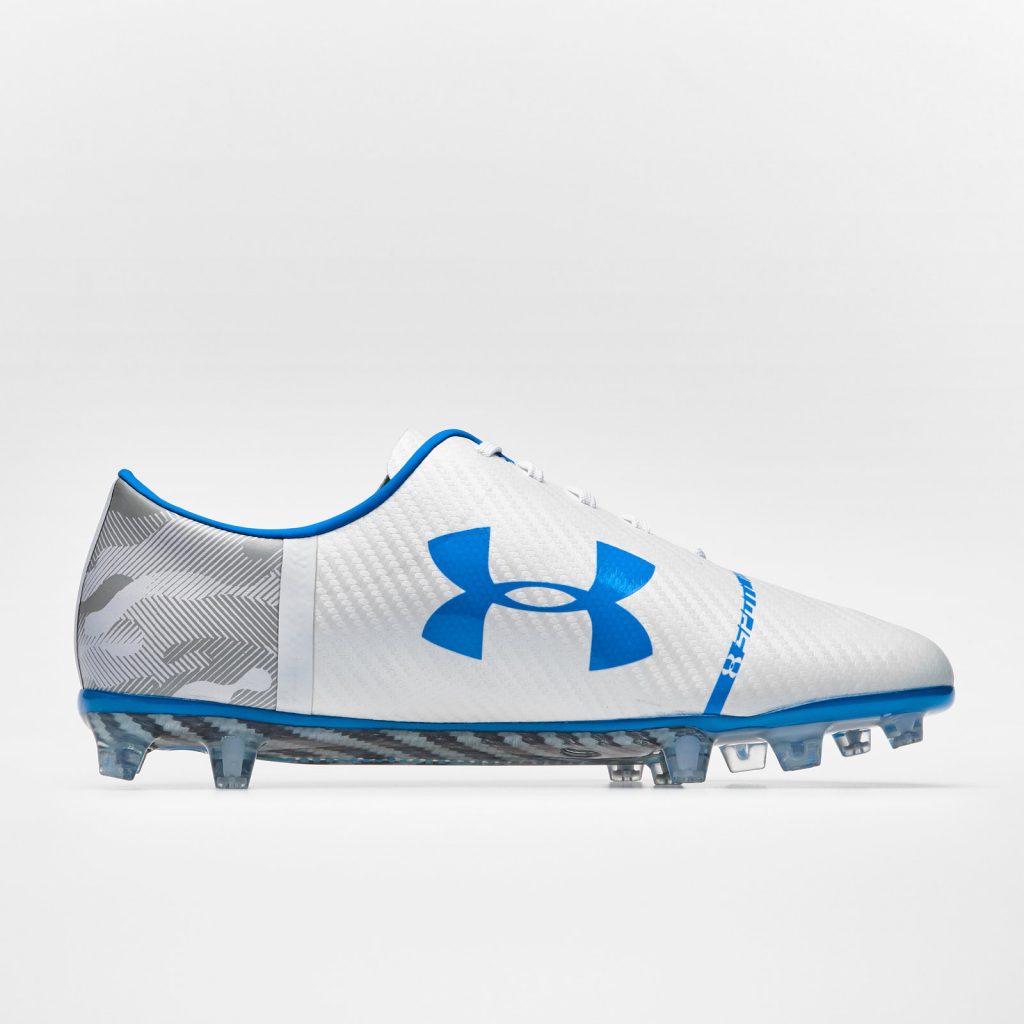 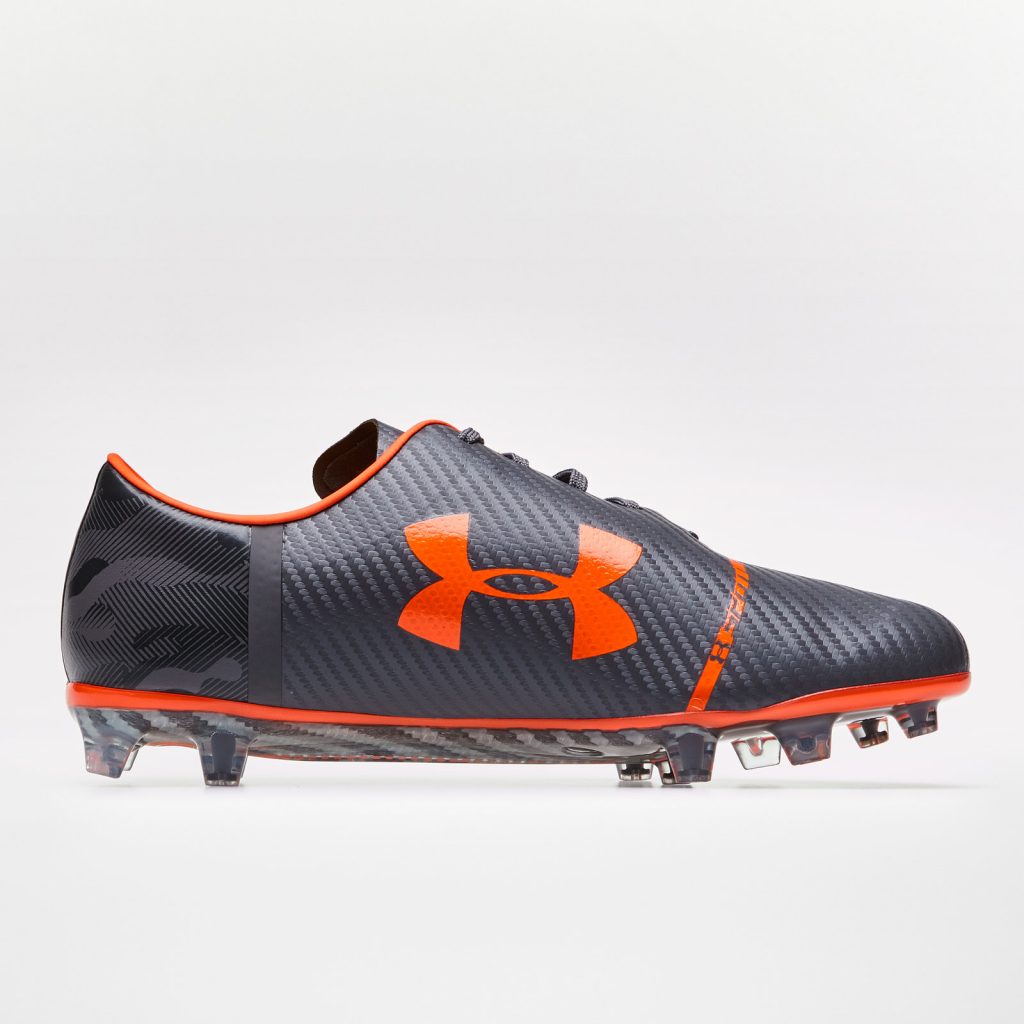 On the underside of the boot, seven circular studs can be found. There are also four specially shaped studs for extra grip. As well as the studs, the boot also features Under Armour’s cutting-edge breathable technology. The studs and breathability ensures that the Under Armour Spotlight football boots are both aesthetically excellent and completely practical.

So far the football boots have been positively received. Which colour do you want?