It’s Not the Best Start for Western Sydney Wanderers. Here’s Their 2018/19 Third Kit by Nike.

As you can tell from the above heading, it hasn’t been the best start for Western Sydney Wanderers. On the other hand, it hasn’t been the worst either. Despite sitting in ninth place out of ten teams, the club has one point from two games. Markus Babbel and the club’s fans won’t be panicking too much. However they will want to see their team climb up the table sharpish. At the other end of the A-League, Sydney FC is in first place with four points. We’ve shown you plenty of Australian football kits, including the Central Coast Mariners and Brisbane Roar, now it’s time for Western Sydney Wanderers’ 2018/19 third kit. 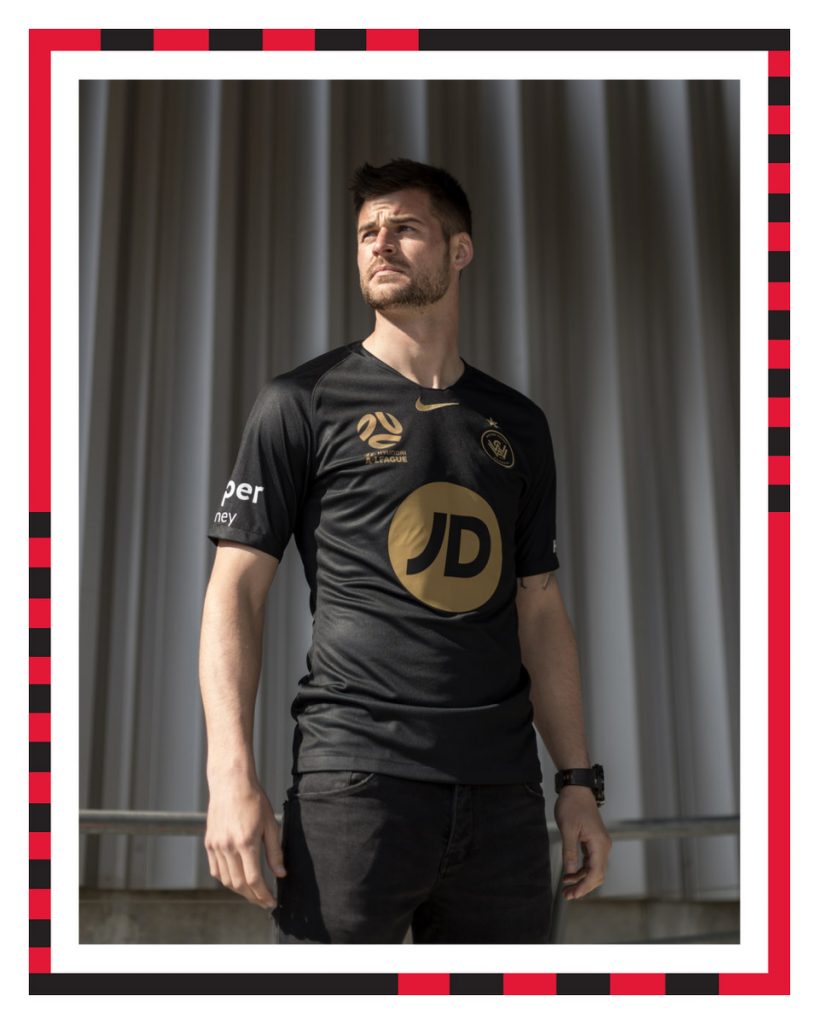 We brought you the club’s home and away kits a few weeks ago. The home one consisted of black and red horizontal stripes, broken up with a barcode pattern. It was eye-catching and simple: a perfect combination. Furthermore, the away jersey was bright white with sky blue sleeves and its careful, considered approach to the design was one popular with fans. 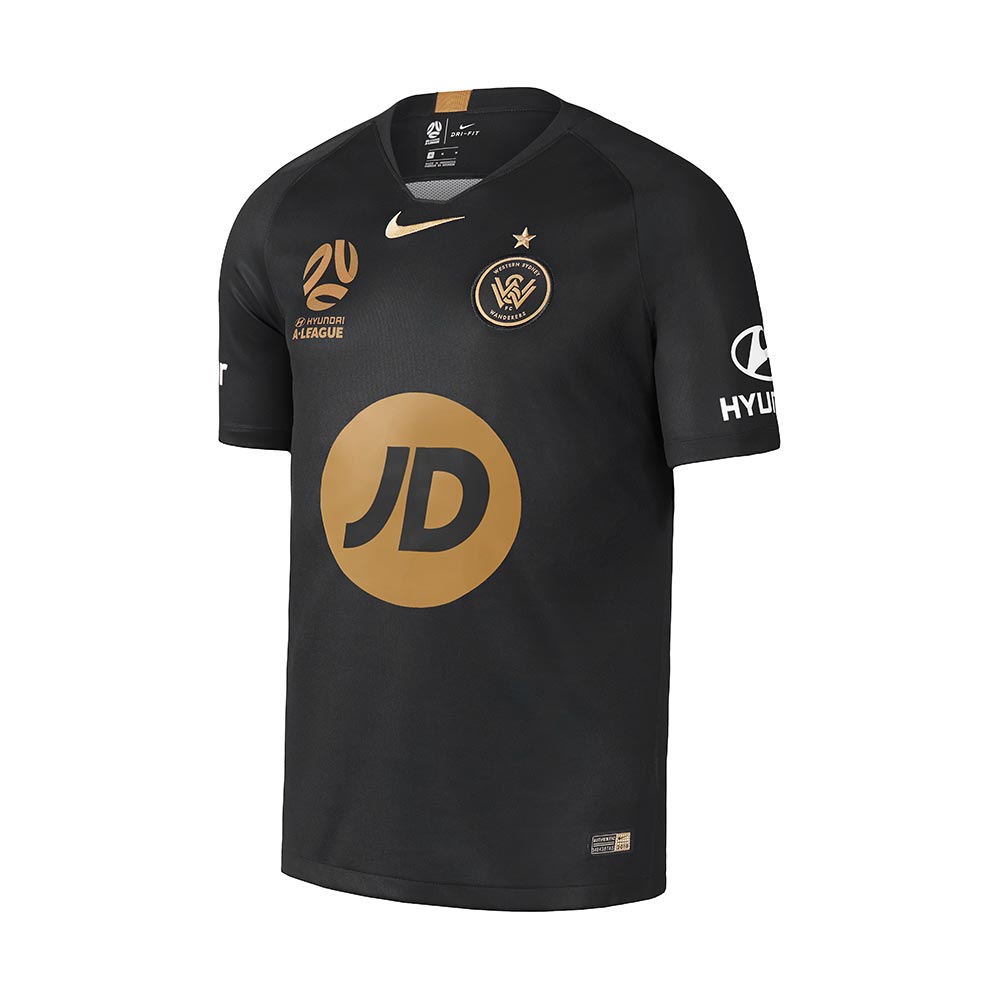 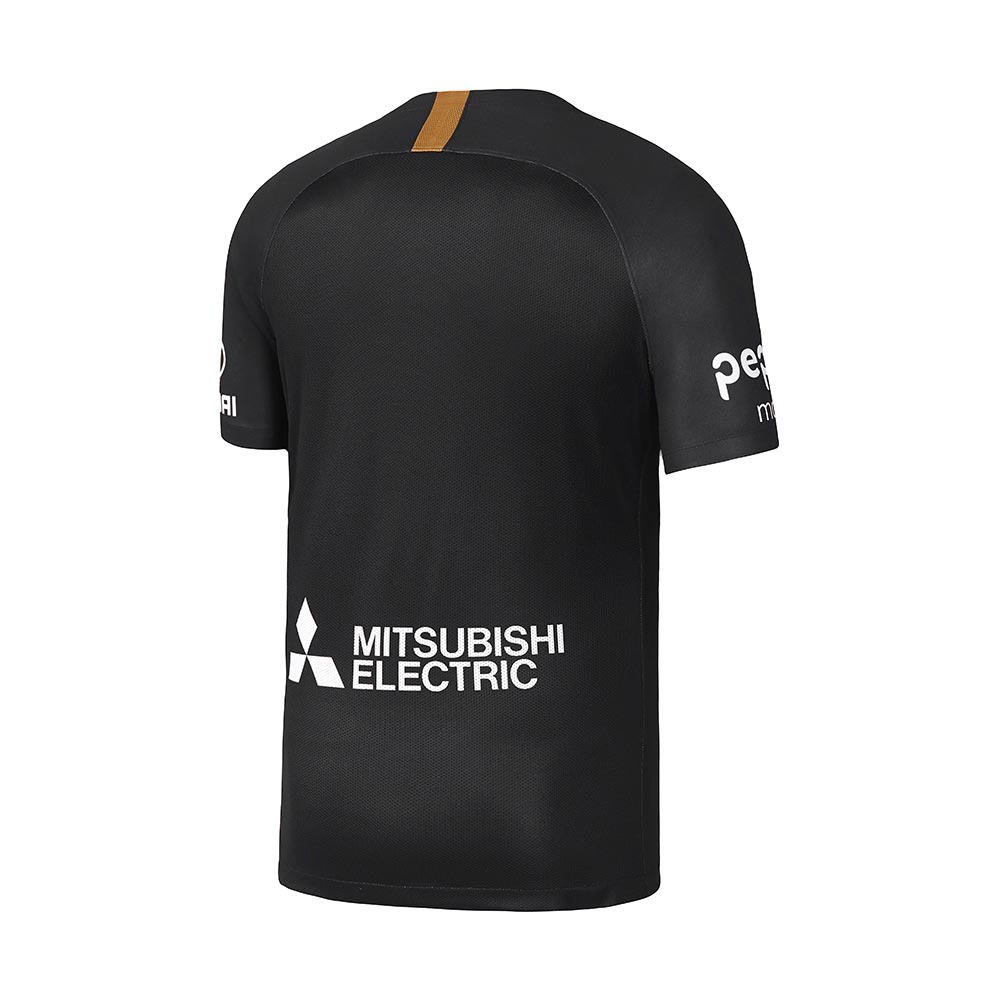 The third kit is black. On top of this dark blank slate is the club’s crest, their main sponsor, Nike’s iconic Swoosh and the A-League logo. The nape of the jersey has been utilised with a golden rectangle. This is certainly an positively designed football kit. One that is a great alternative to the two existing ones. 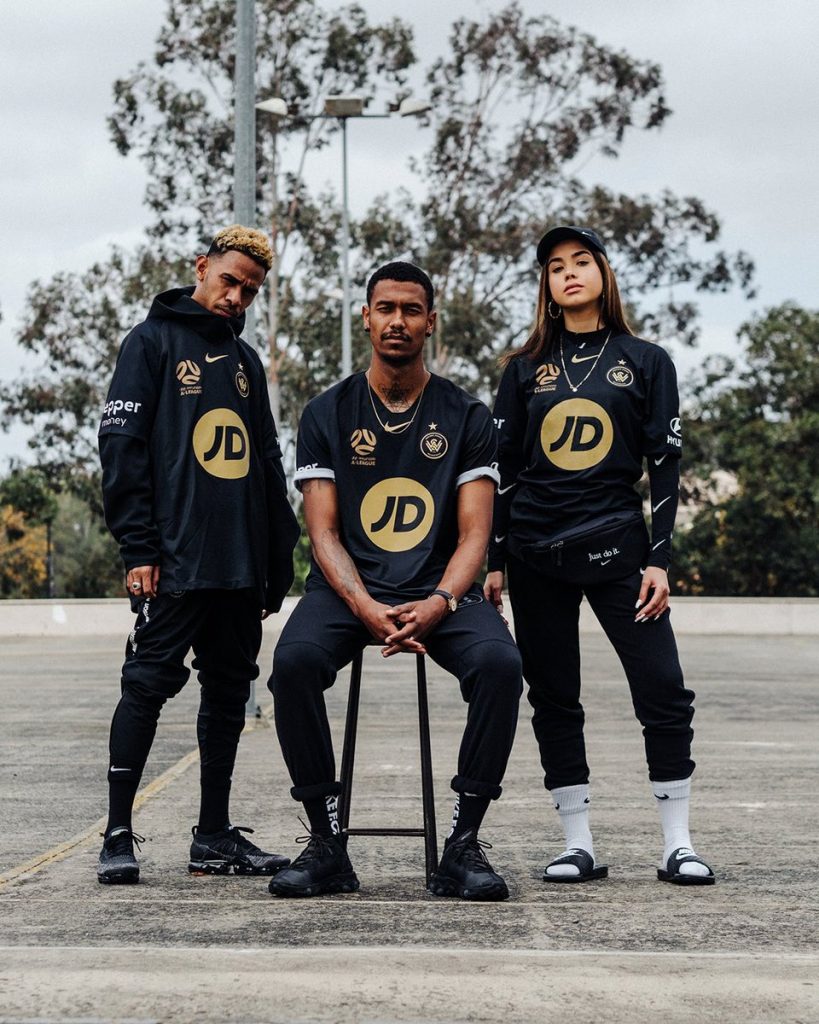 While most fans think Western Sydney Wanderers’ third kit has been expertly designed, some think that perhaps the jersey is dominated by the JD logo. We can see where they’re coming from.

The club’s next match is against Wellington Phoenix who are in fourth place. While it might be a tough fixture, it’s one that the club will hope to win.

The Latest Under Armour Spotlight Boots have Arrived.
The Munich G3 Trainers Have Arrived in Two Stunning Colour Styles
To Top