So far this morning we’ve brought you the new Munich G3 trainers. Coming in two bold, eye-catching colour combinations, we thought they were excellent. Now, with the Autumn rain falling outside our window, it’s time to bring you a 2018/19 football kit. Who could it be? Well, if you’ve seen the title of this article, you’ll know. We took a look at the Brazilian Serie A and found Santos FC, a club who, after 31 games have picked up 46 points. Furthermore, as the league enters the home stretch and the title is fiercely contested, Santos FC fans will be happy with where their team is currently sat. However it is a departure from their previous two seasons, whereby the team finished within the top three. 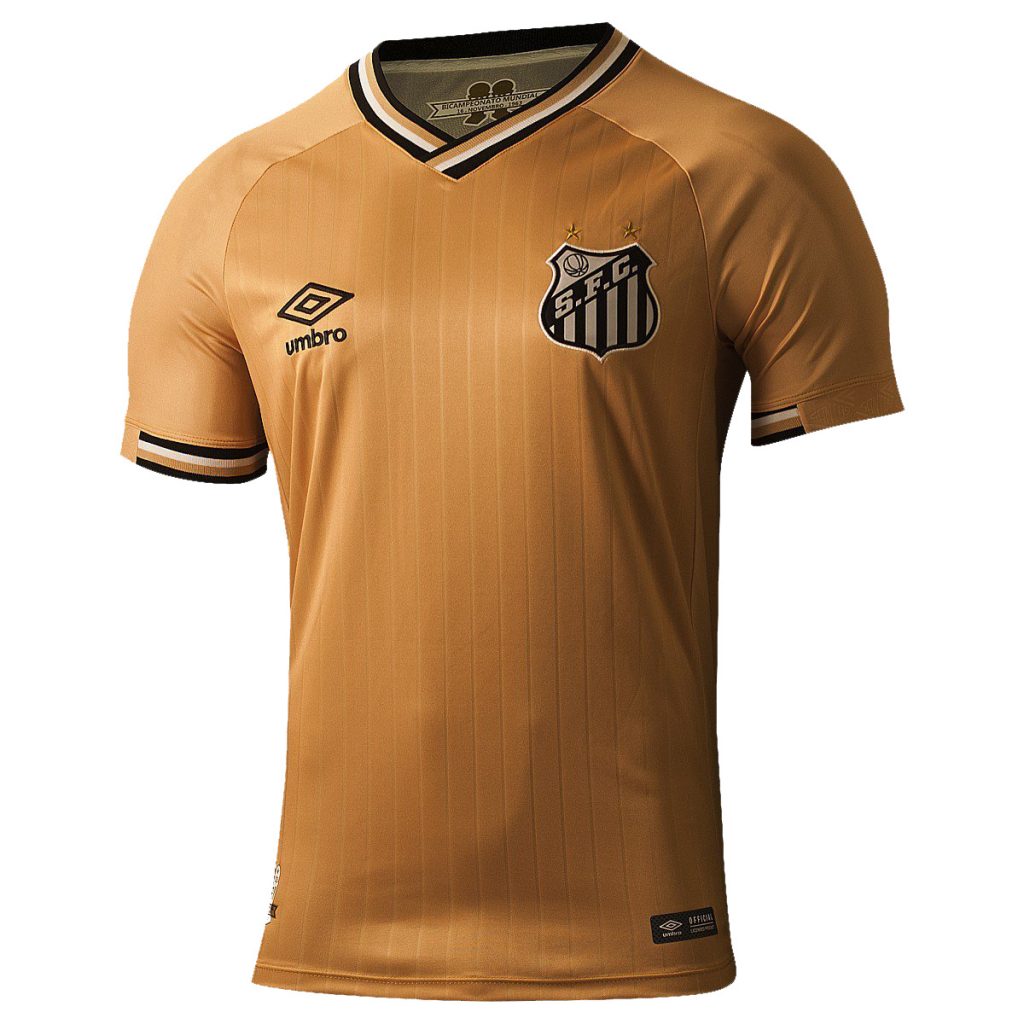 To take their minds off the potentially disappointing prospect of finishing outside of the top five, we want to show their 2018/19 third kit. It is a design that pays homage to the club’s past while retaining simplicity and eye-catching excellence. Let’s take a look. 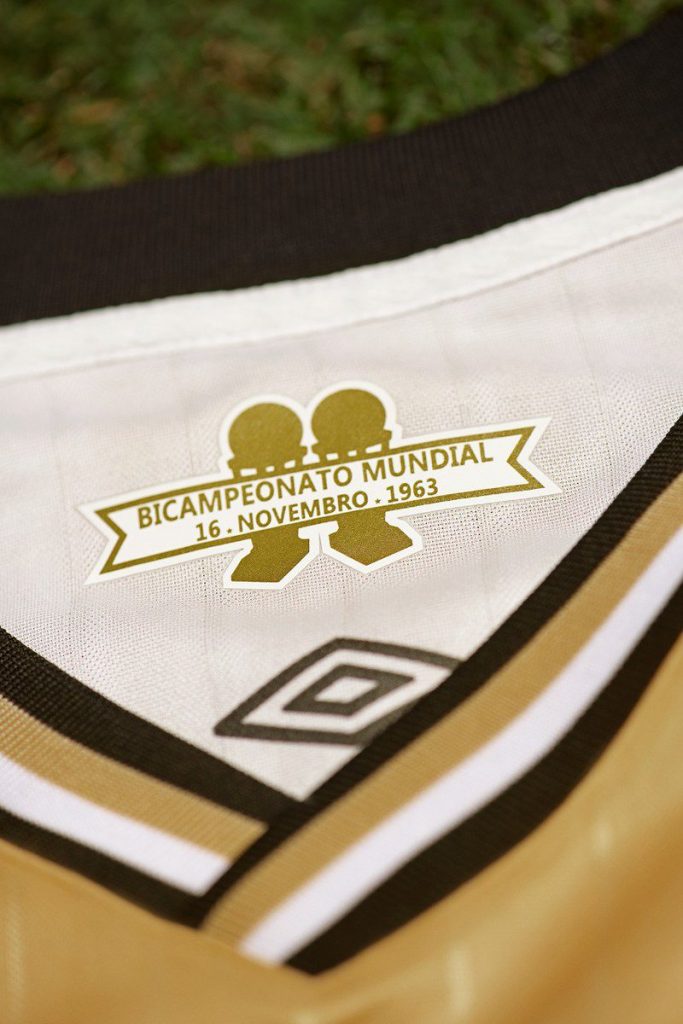 The jersey is gold. Running vertically across the chest is a series of thin lines. These act as the perfect blank canvas for the club’s crest and Umbro’s logo. The sleeves are a slightly lighter shade of gold and act as a subtle contrast to the jersey’s body. Further to these elements, the neckline is a simple, crossover one. It features a gold, white and black stripe that runs around the collar. This bordering can also be seen around the bottom of each sleeve. 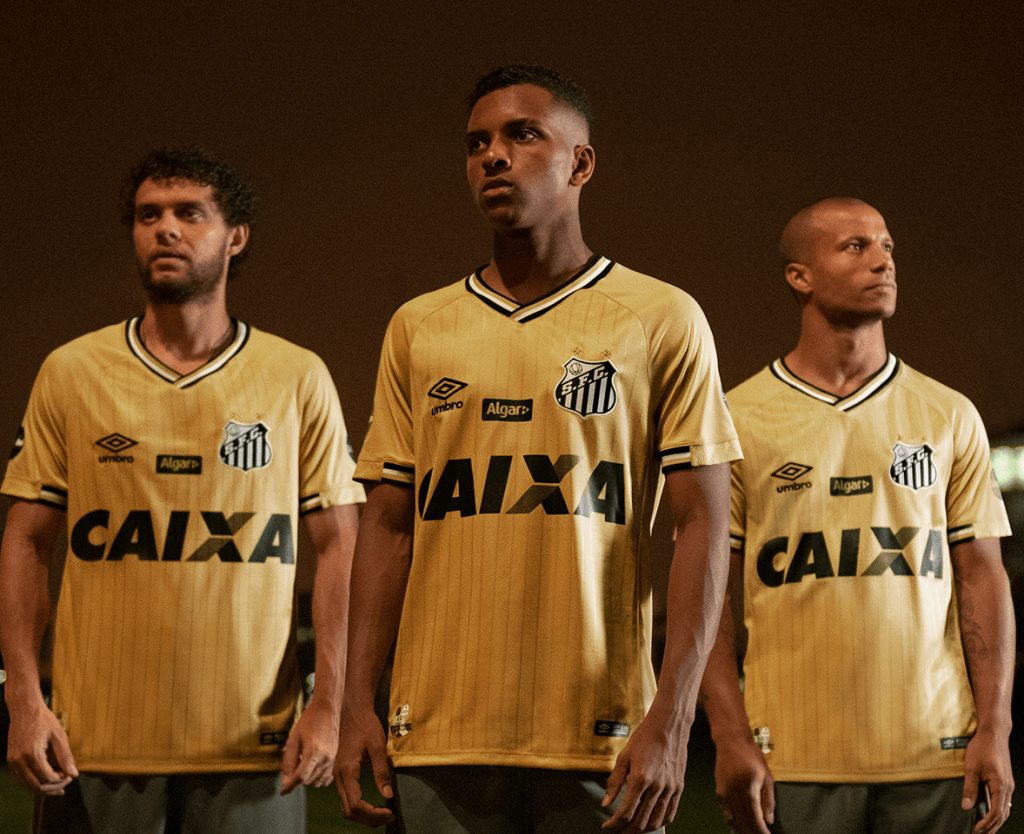 While this kit is excellent, it also commemorates Santos FC’s 1963 squad who won the International Cup. The third kit has been positively received by fans, both because of the excellent design and its commemorative quality. Love it or hate it, what do you think?