A Concept Kit for Watford FC? Why Not?

So far on this sunny autumnal Wednesday, we’ve brought you two kits from Trabzonspor. They might have a tricky name to spell, but both their home and away kits are excellent. Now it’s time for an English Premier League concept kit. Watford FC is currently sat in seventh place of the Premier League. One point behind fellow high flyers Bournemouth, Javi Gracia will hope his team can keep up their momentum. Watford’s next game is against Newcastle who are sat in 19th place. Watford fans will hope that’s a game they can win.

Concept kits are exciting to us. They are a carefully calculated bet on what the graphic designer thinks the club’s 2019/20 kits will look like. We brought you AFC Bournemouth’s third kit concept yesterday. Furthermore, we really liked the well contrasted nature of it. Now it’s time for Watford’s home concept kit. Let’s take a look. 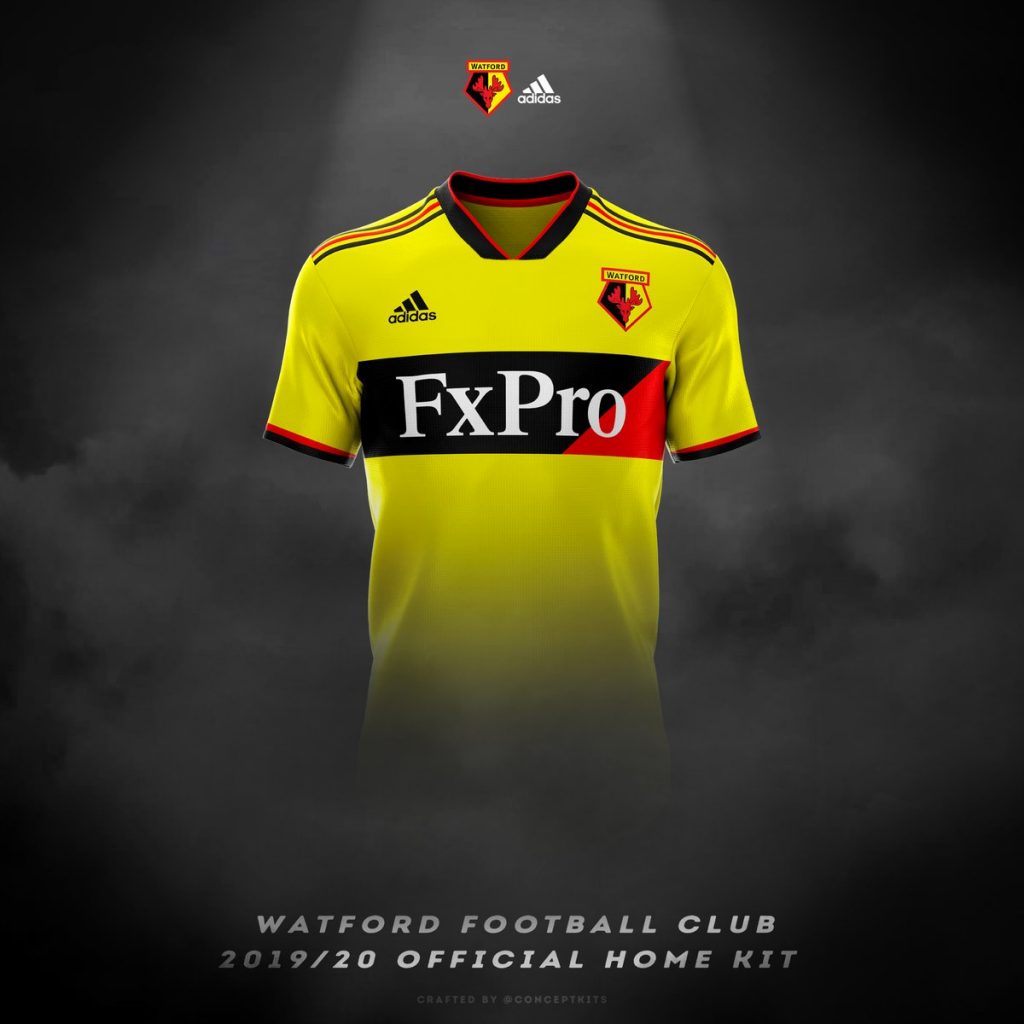 Of course the jersey is yellow. Anything else would be a deviation from the norm. Sat on top of this yellow canvas is the club’s crest and Adidas’ logo. Also running horizontally across this yellow canvas is the club’s main sponsor – FxPro. This sponsor seems to dominate the kit, however the black and yellow colouring has been utilised on other sections of the jersey.

Being an Adidas kit, the graphic designer has put three stripes across the shoulder. Two of which are black and the third is red. Furthermore, these three lines run up to a simple neckline that is bordered with black and red. This simple but effective bordering also features at the bottom of each sleeve.

Watford’s 2019/20 concept home kit is a colour-consistent one. It only features yellow, red and black. The jersey is kept simple. Furthermore, we at UK Soccer Shop really like that.