Right now it’s Thursday. If you think logically, that’s Friday’s Friday. Alternatively, we’re two days from the weekend and the autumnal rain is pouring down outside our window. So far we’ve seen the latest football boots from New Balance and Tibet’s 208/19 home kit. They’re a football team that is surrounded by international controversy. They’re competing with both footballing opponents and China too. To see us into Friday, let’s take a look at the team’s latest away kit.

First, let’s have a recap on who the Tibetan team is and what challenges they’ve recently faced. The following is taken from our piece about the team’s home kit. 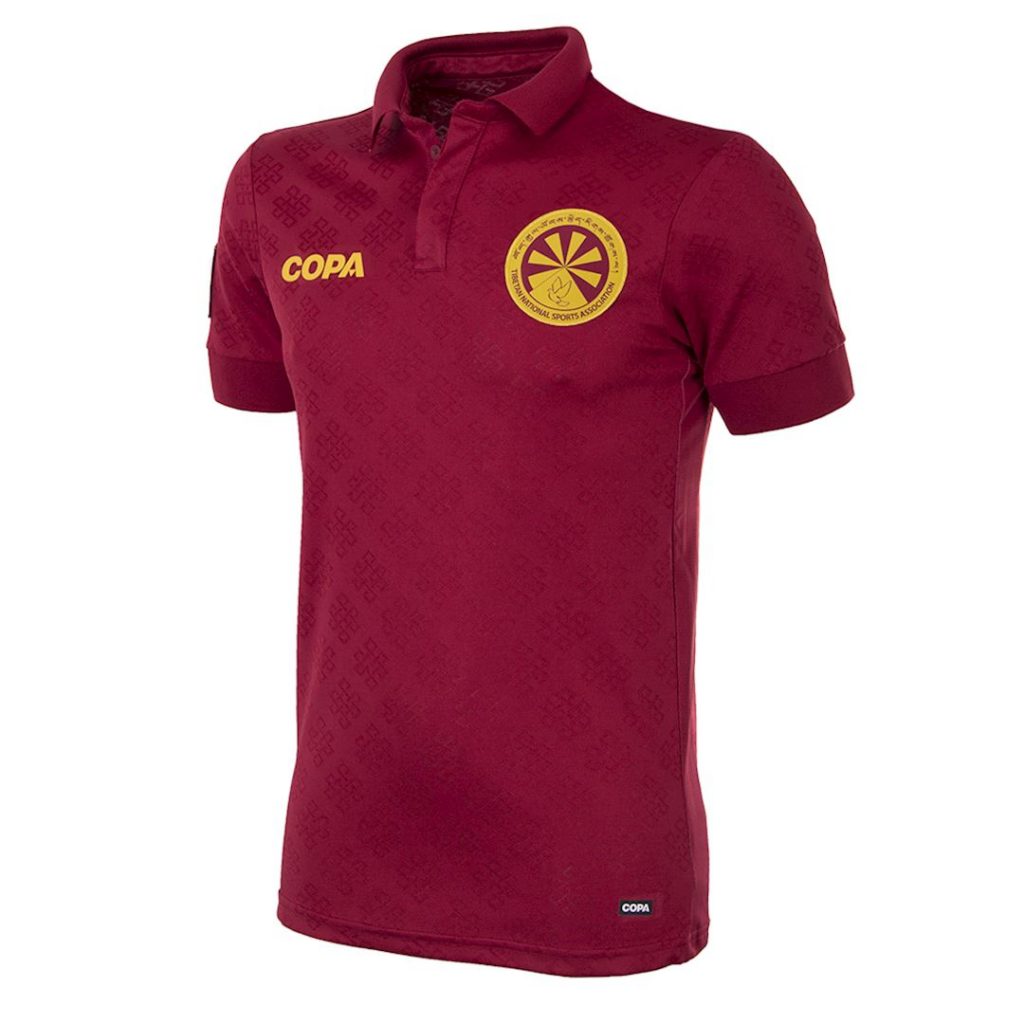 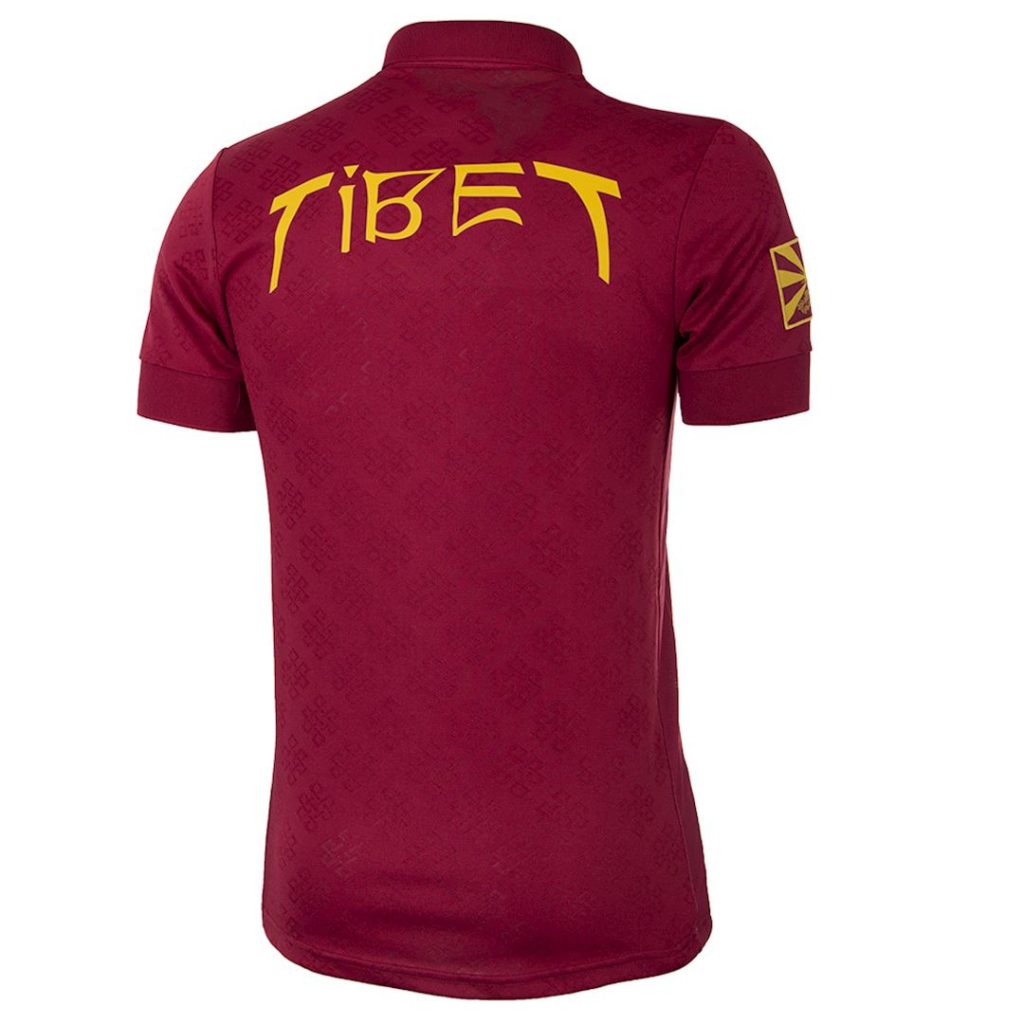 “The club is organised by the Tibetan National Football Association, a group of exiled Tibetans. In 2001, Tibet was due to play its first international game against Greenland. However, China felt that this match couldn’t go ahead because Tibet belonged to them. As a result, China threatened to stop trade with Denmark, where the game was being played. Denmark defied China and as a result, Tibet played their first international match. They lost 1-4 to Greenland.”

So, they aren’t setting the world alight with their footballing abilities, but their very existence and ability to play football is incredibly significant. 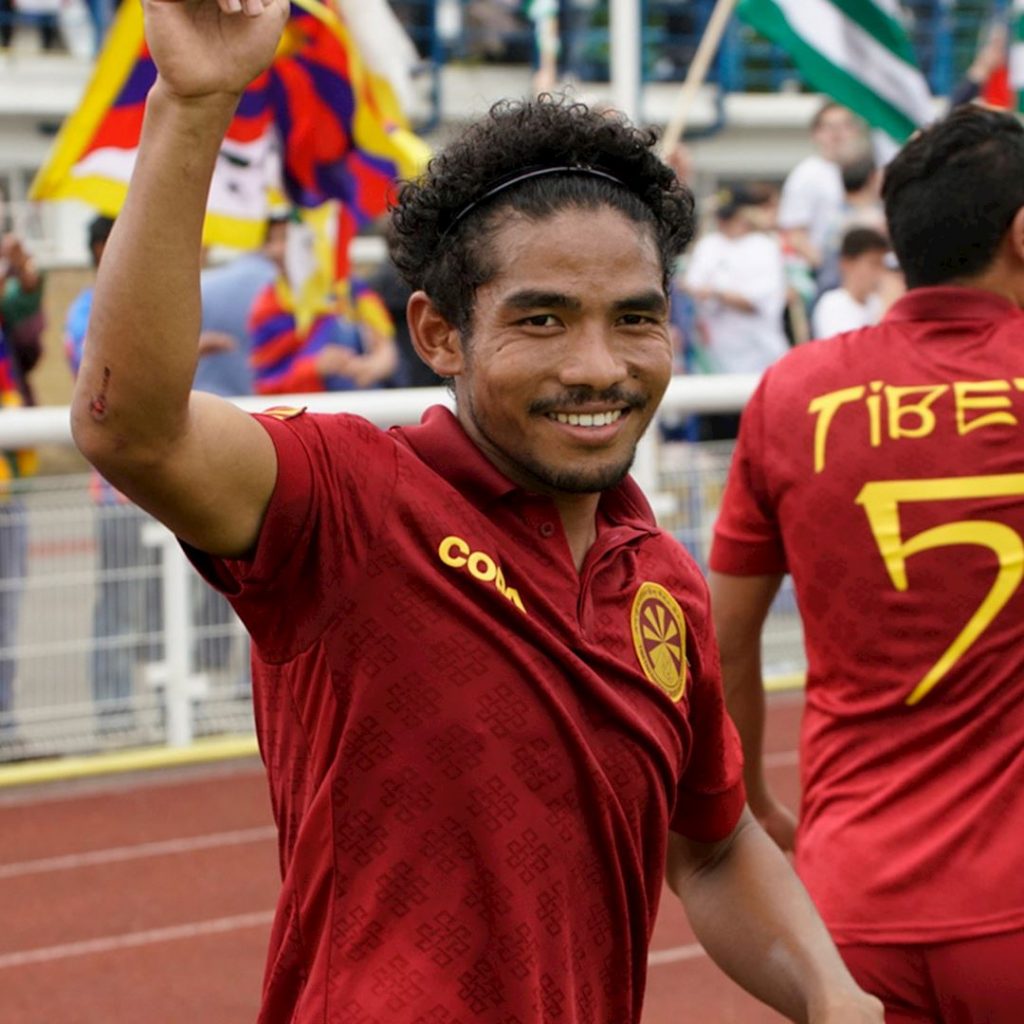 The away kit is burgundy. Underneath this colour is a subtle pattern that adds depth to the overall design. Sat on top of this rich canvas is the country’s footballing crest. It’s an altered version of the Tibetan flag, with a dove of peace sitting beneath. Above the crest is the one-button, polo-necked collar. Furthermore, scrawled across the back of the away jersey is the word ‘Tibet’.

Tibet might not be the most successful team in the world, but their 2018/19 away kit is suitably eye-catching and excellent.