Here at UK Soccer Shop, it might seem like we’ve gone a little bit football boot mad. We’ve shown you New Balance’s latest Furons, as well as the designer’s Tekela Pros. The two designs are very similar, but we liked them both. Furthermore, we’ve taken a look at Puma’s 2018 Stun Packs which represent a rainy evening in the wonderful city of Stoke. Finally, we’ve also brought you Under Armour’s latest Spotlight boots. These boots come in two distinct colours and we loved them both. We thought it only right that after their official release, we show you what the company’s Magnetico Pro football boots look like. 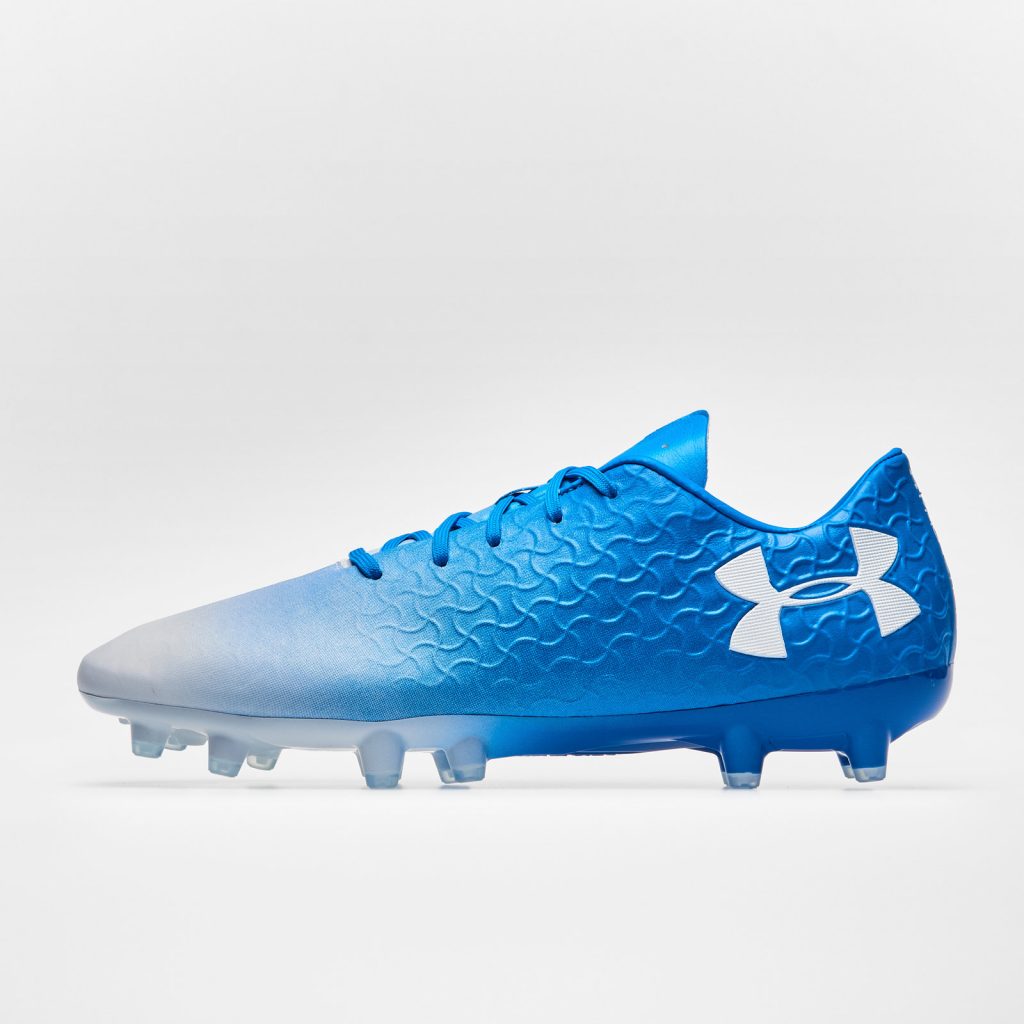 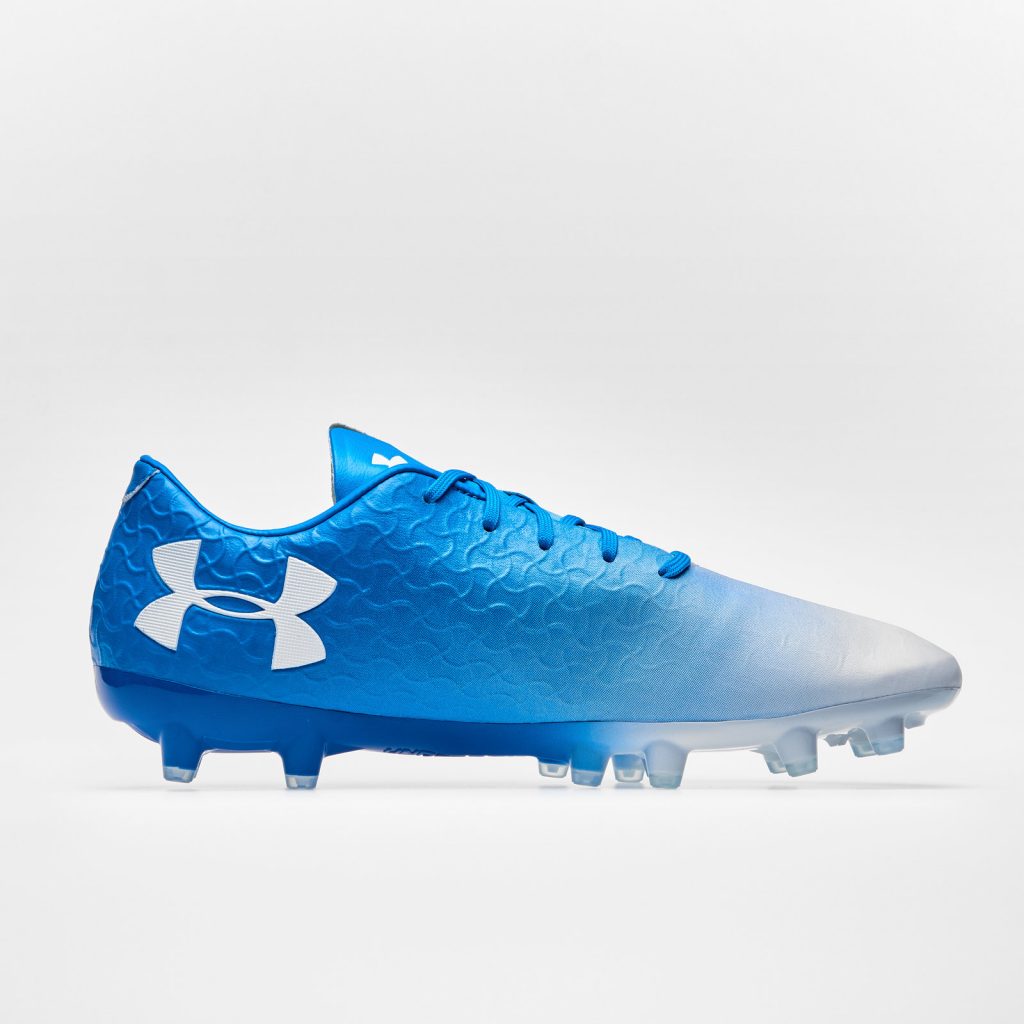 The boot fades from blue at the back of the boot to white at the front. On both the outside and inside edges is the Under Armour logo in white.

Running across the boot from the blue at the back to the front of the laces is a physical pattern. The pattern appears to be a series of inter-linked Under Armour logos. 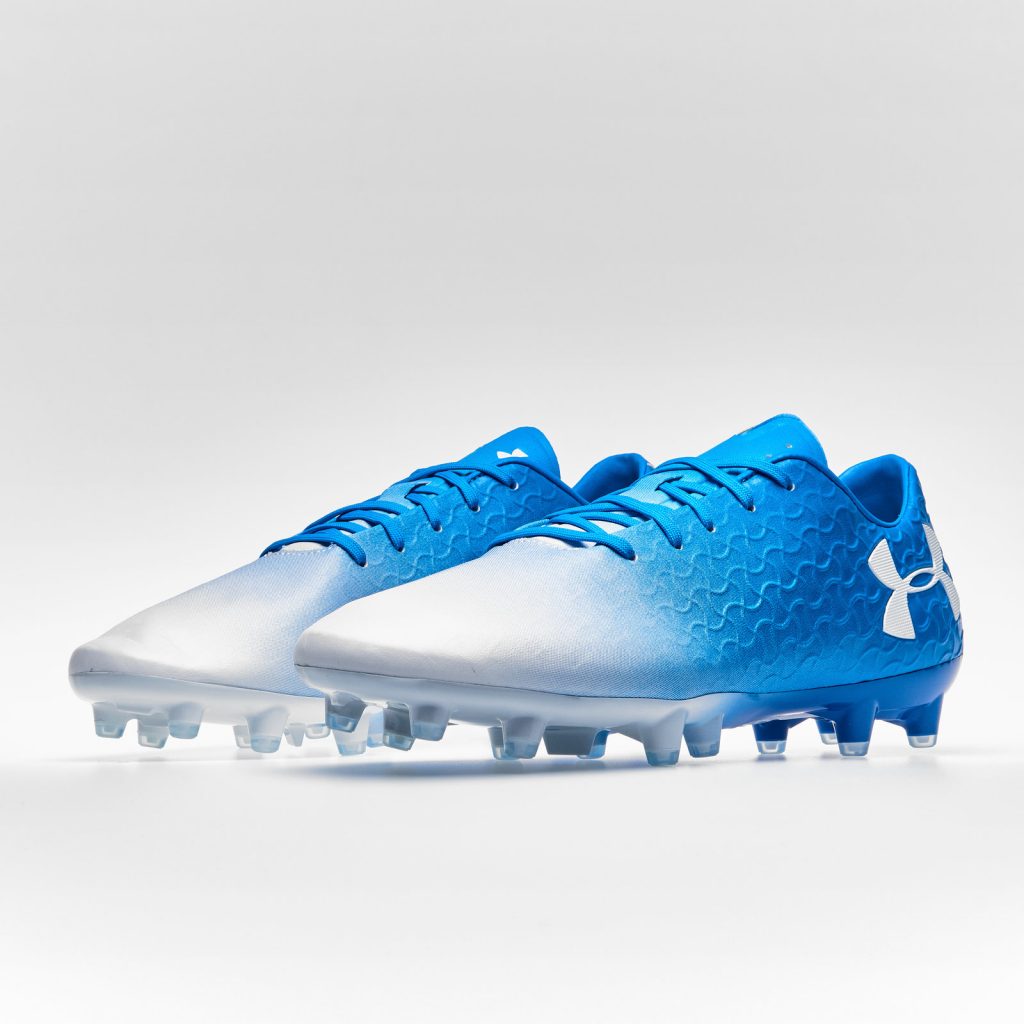 Usually, new football boots require some time to adapt to your feet. However with the Under Armour Magnetico Pro football boots, there’s no need to break them in. Gone will be the days of wearing football boots around the house. These are box-ready.

It is also worth talking about the underside of these Under Armour Magnetico Pro football boots. As well as the expertly-shaped studs, the colouring fades from white at the front to blue at the back. This style is almost identical to the top side.