For the fourth year running, 1FC Köln issued a celebratory ‘Karneval’ shirt. It was debuted in the 3-0 win over Hamburg this afternoon. It was a victory which resulted in them climbing to fourth place in the Bundesliga. 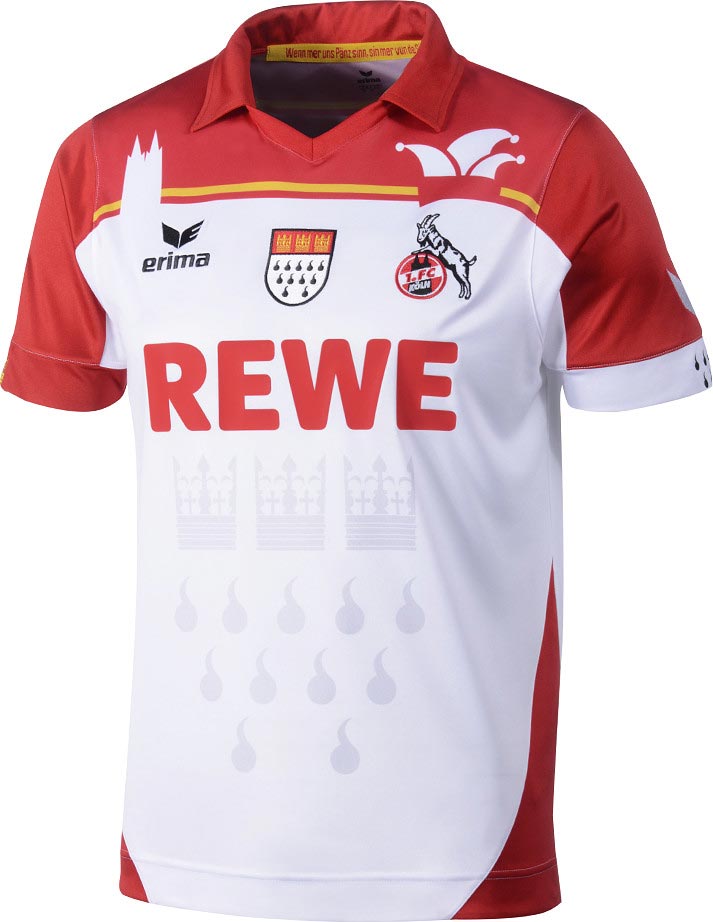 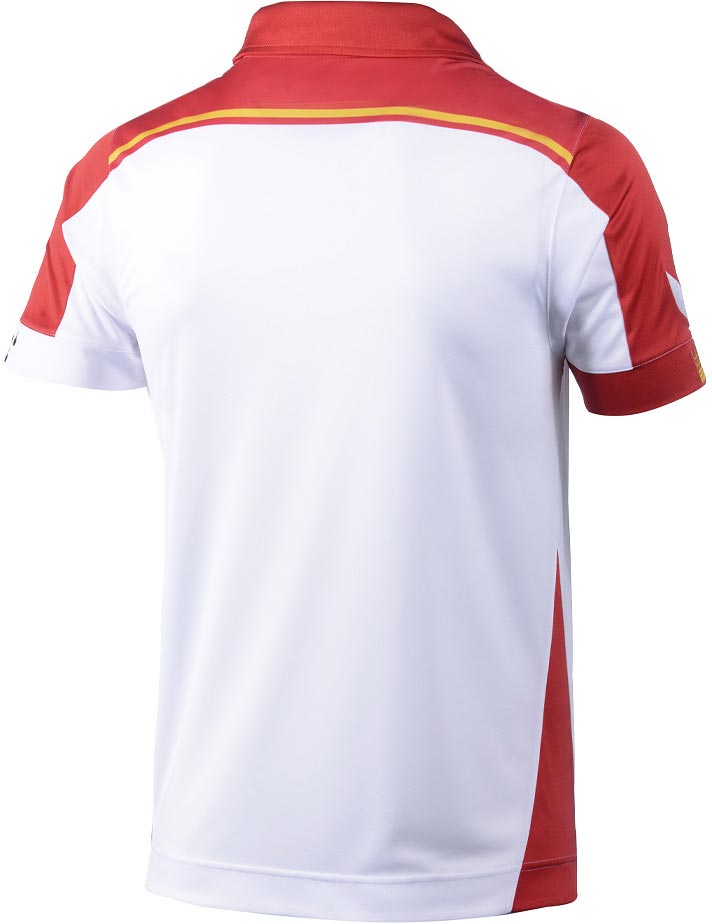 This year’s theme is ‘Fastelovend’ (fascinating).

A red shoulder and chest panel sits above the white shirt body. Most noteworthy, there is a tonal pattern across the front representing the eleven tears from the city crest. The tears represent Saint Ursula and her 11,000 virgin companions, martyred by Attila the Hun in 383. An outline of the city’s cathedral in white traces over the red panel on the chest. 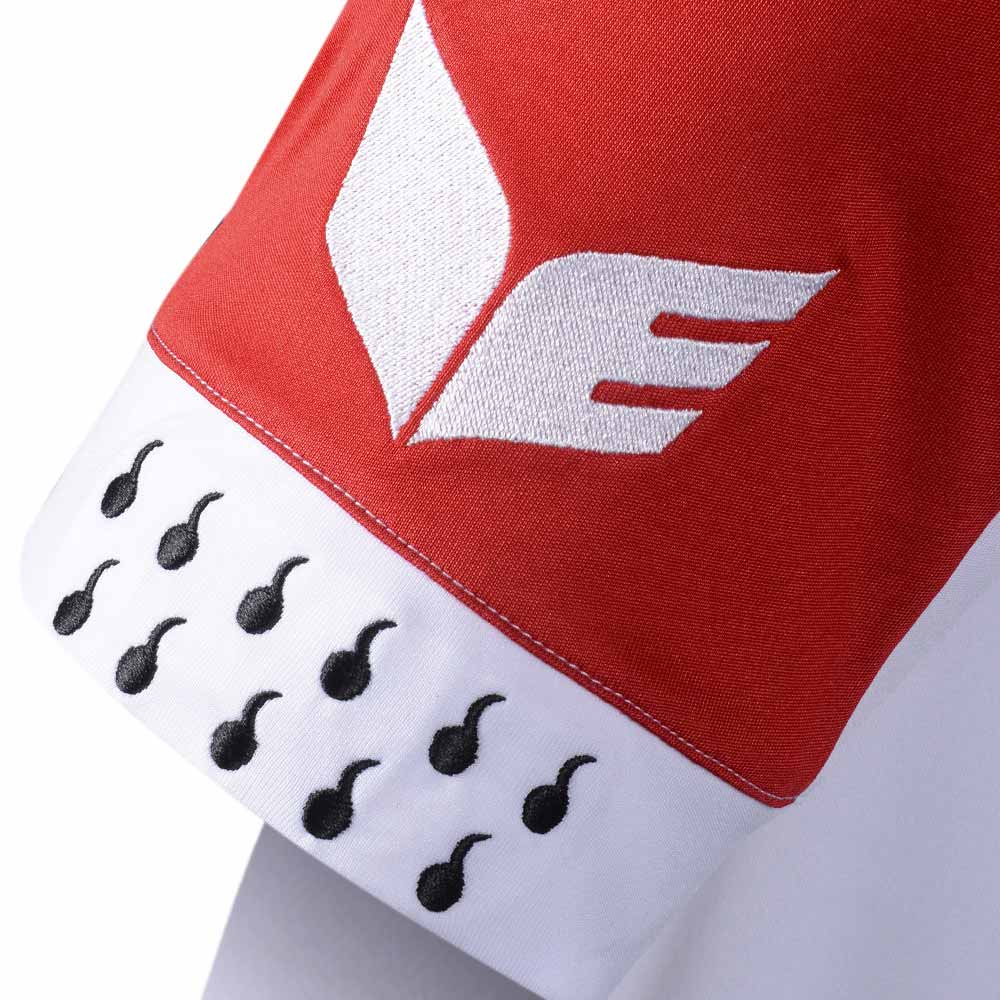 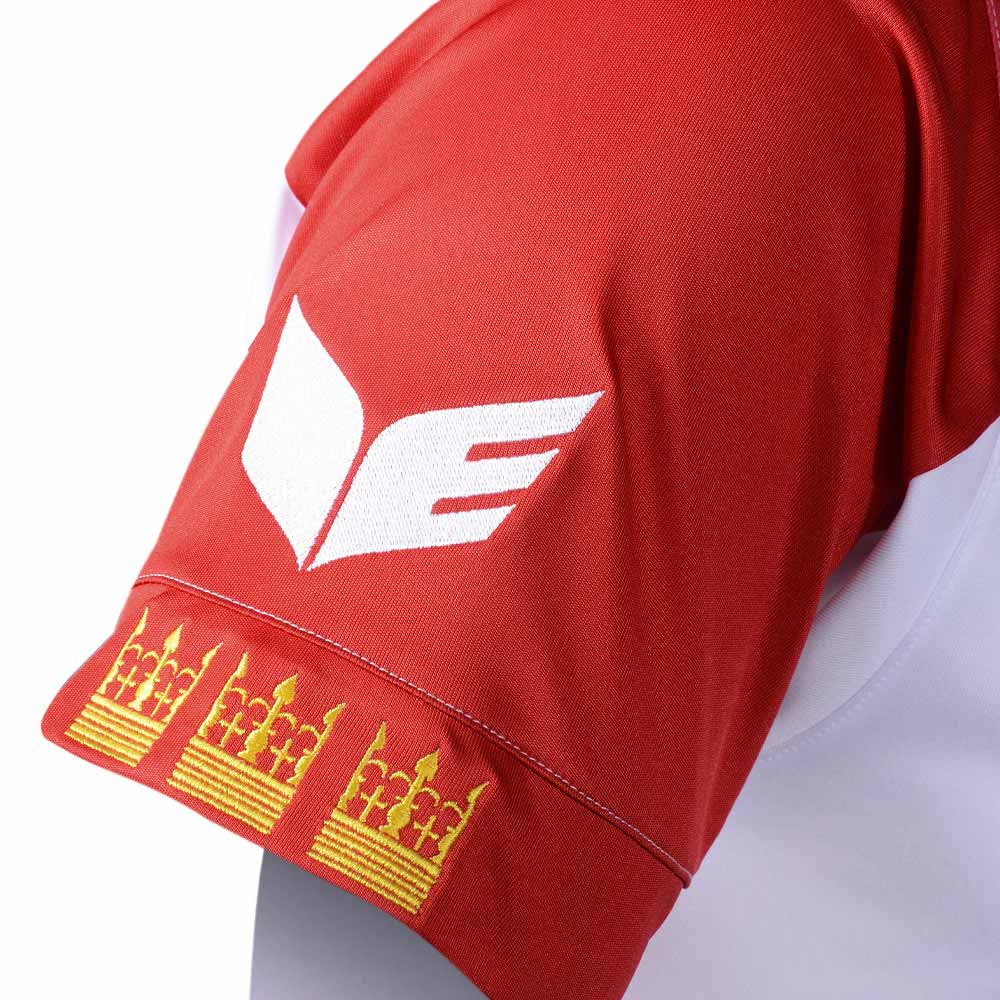 Elsewhere, red side panels appear on the bottom third of the shirt. A jester’s hat reflects Karneval whilst there are crowns and yellow piping completing the shirt. The city crest sits centrally on the chest.

The sleeve cuffs have the eleven tears once again, opposite the three crowns. These reflect the bones of the three wise men laid to rest in Cologne cathedral. Or so local lore has it.