FC Barcelona vice-president Carlos Arroyo confirmed that the first wave of new Barcelona shirts will have no sponsor on them.

Barcelona’s deal with Qatar Airways end this season and while the vice-president has said there will be a sponsor come next season after speaking with Nike they will send out the first wave of shirts without any sponsor at all.

Arroyo also mentioned that next season’s home shirt will be a tribute to the first European Cup win 25 years ago, at Wembley in 1992.

This provides Barcelona fans with a unique chance to own a shirt without a sponsor before one is determined, almost making the first round of Barcelona shirts collectors items in a way. 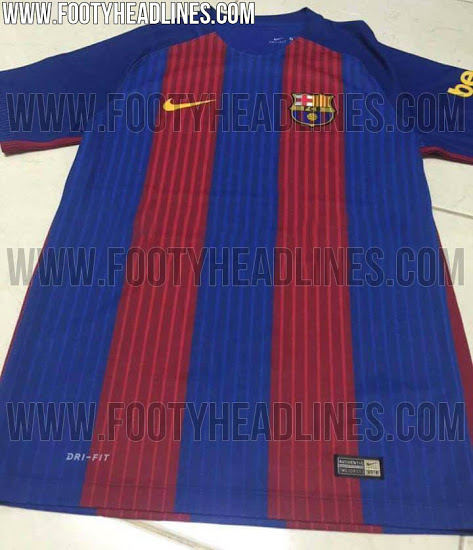 Barcelona are going back to their verticle stripes after causing a stir with the hooped shirt they are wearing for the remainder of this season.

We wonder what sponsor will dawn the famous Catalan shirt by the time next season comes around.

Are you excited to get your hands on this unique Barcelona shirt?

Infographic: History of Every England Shirt Worn in Euros
Netherlands Release 2016-2017 Away Shirt
To Top