Lithuania has become the latest international team to release their Hummel-designed kit. The 2016/17 kit will make it’s debut against Slovenia this weekend during the 2018 World Cup qualification match.

The Lithuanians are in England‘s group alongside Malta, Slovakia and Scotland. Their best record to date was in 1934, when they finished runners-up in their qualifying group. Since independence, they have finished 3rd, 4th and 5th in their groups.

This time around, they may hope for better but it seems unlikely to arrive. 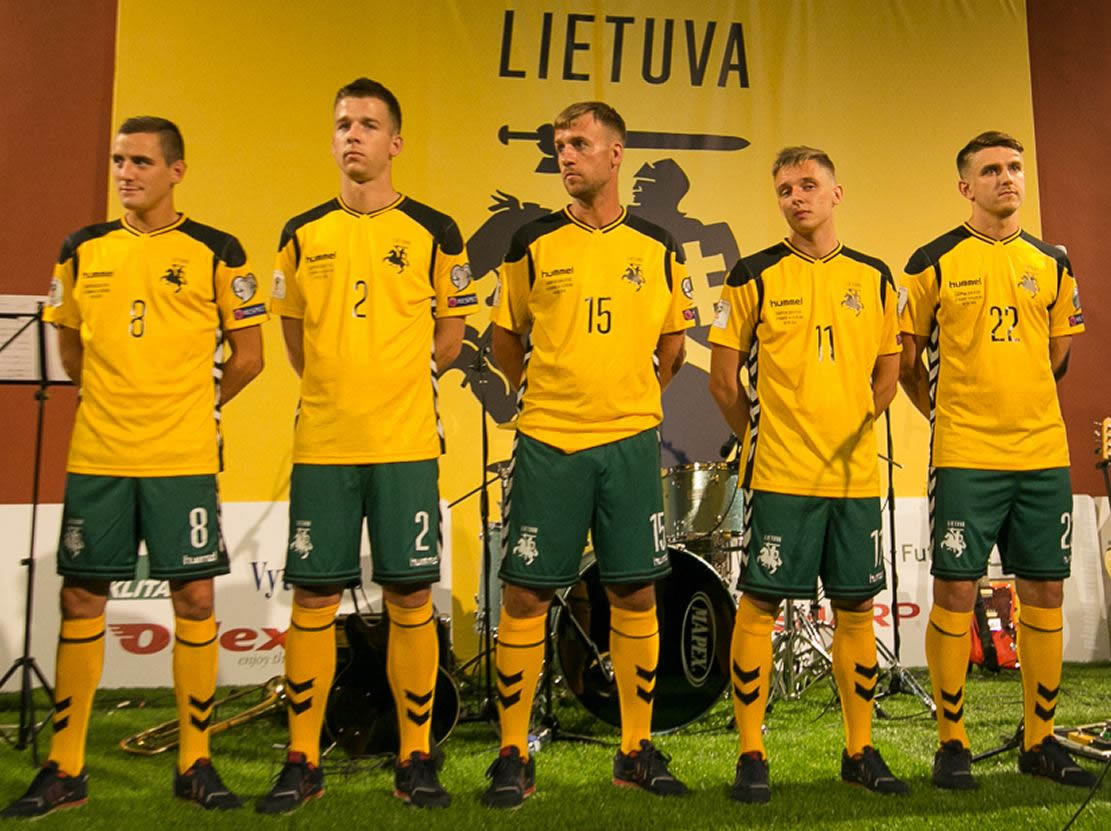 Using the Hummel Sirius design template, the shirt features a v-neck collar in a ribbed pattern. At the front, the black bands are interrupted by a yellow triangle. The remainder of the shirt trim is black, including shoulder panels, with accents leading down the sleeve seams.

On the back of the shirt, the Lithuanian flag features centrally below the neck.

Down each side of the shirt runs black panels with white Hummel chevrons inside. The panels meet a similar design on each leg of the shorts.

The green shorts feature white accents on the front, in the form the of the player number and Lietuvos futbolo federacija (Lithuanian Football Association) logo.

Completing the kit is yellow socks with black Hummel chevrons present on the shin.