Across the channel on a short boat trip is France, our historic frienemies who have better food, better Tour des and, in recent years, better football. In the Northwest region is Caen, a Norman city that looks exactly like a jigsaw puzzle picture. Its historic architecture sprung up during the reign of William the Conqueror and is said to be one of the true gems of Europe, but is their latest home kit from Umbro also a worthy gem, or is it one which can be easily conquered by competitors?

The club play at the highest level of French football (albeit finishing their 2017/18 season in sixteenth place – just outside the relegation zone). 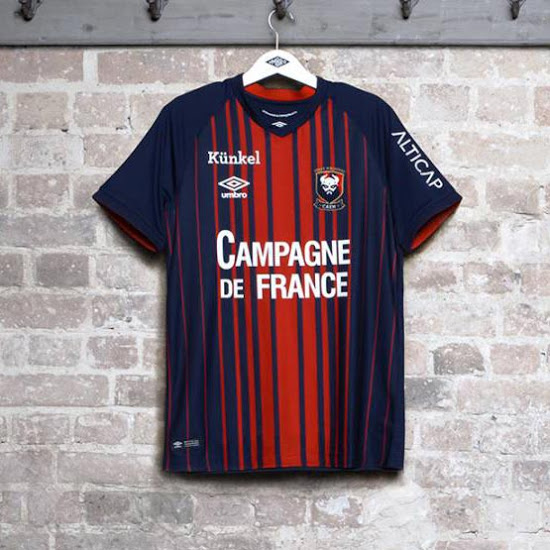 The kit colours and design often appears to be classical or retro, however the world renowned designers at Umbro have opted for a rather modern pattern on the chest and ditched the full collar, in exchange for something a little more subtle.

The base colour of the kit is navy blue. It is separated by a number of orange vertical stripes, varying in thickness which run from the top to the bottom, stopping at the sleeves to give the jersey extra shape. 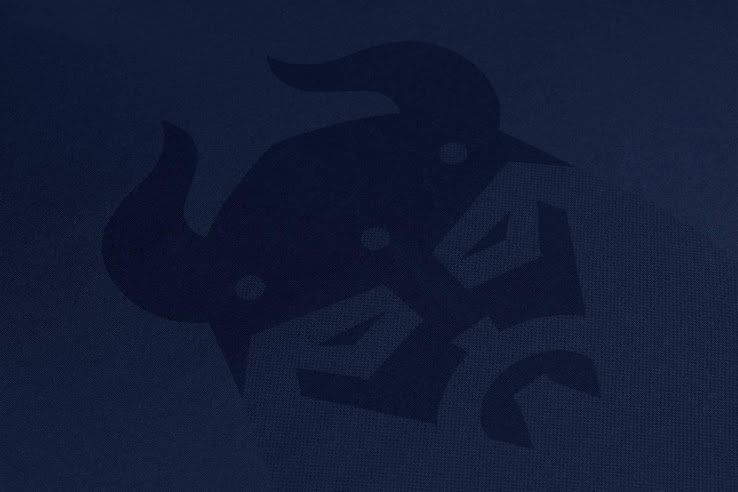 On the nape of the top is the club’s name: SM Caen, giving the top a completed look and leading us nicely onto the bold, appropriate appearance of the club’s crest and mascot – a Viking warrior, representing the area’s heritage before the town was fully established. The Viking face appears large and dark on the navy background, While dark and foreboding, critics could argue that it trivialises the kit and takes away from the simple overall pattern which this author believes to be effective.

Going into next season, the question will remain whether Caen can hang on to their league presence or whether they’ll slip down into the relegation spot. Whatever the outcome, we can’t wait to see this new kit on the field of battle.