They’ve just had one of their most successful seasons in recent years. Finishing second place in the top tier of Scottish football, behind the titans of Celtic, Aberdeen have secured European football: giving the Aberdonian fans a chance of seeing excellence football and perhaps more sun than they’re used to. While finishing above Rangers might be brilliant and the club’s permission to build a new £50 million stadium plus training ground might be great, what’s also great is the stylish new home kit that has been designed by Adidas and appears to be bursting onto the scene, ready for next season where they’re sure to be chasing the top spot. 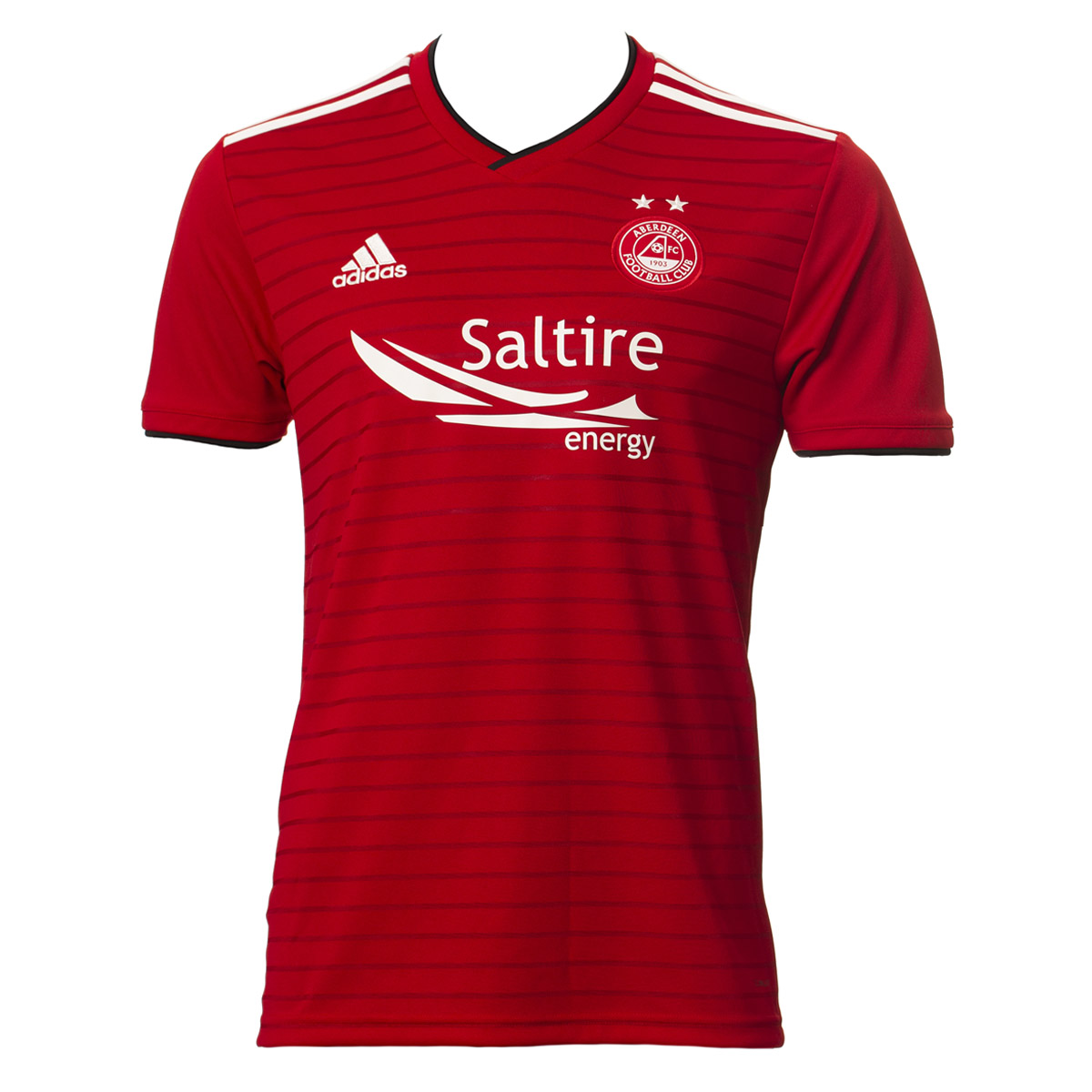 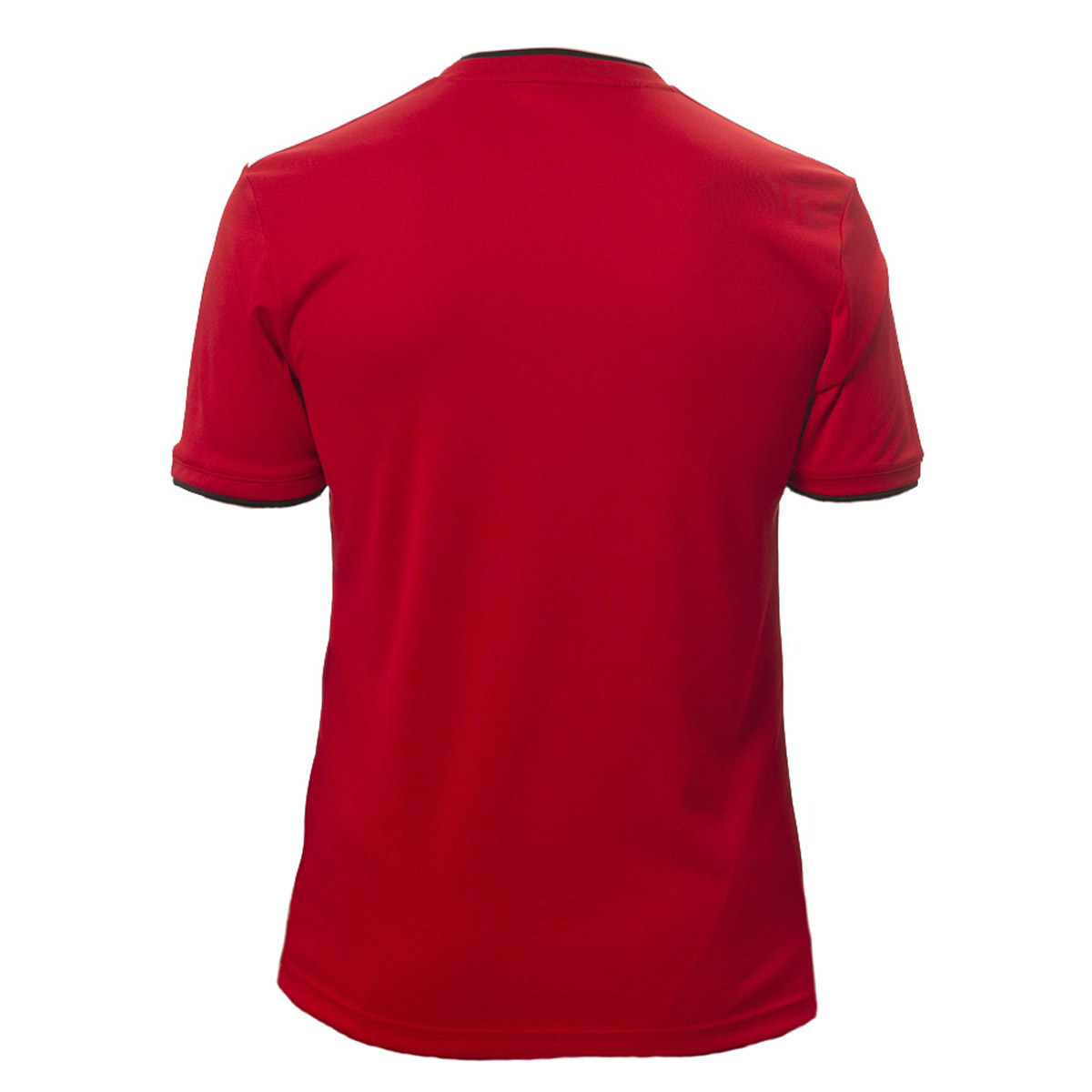 The kit is bright red. A rich colour which spreads across the whole jersey, however there are smaller finishes which truly complete the look. Horizontally across the chest are a number of thin grey stripes which give a nice shape, whilst also ensuring that they don’t detract from the overall look. Most importantly, they don’t make the kit appear in letter-form like we showed yesterday.

The sleeves of the kit top have been left red, without stripes and featuring only the slightest frill in the form of black tapering at the bottom. This tapering matches the crossover collar that brings enough flair to make this kit’s design worthwhile. The shoulders feature Adidas’ familiar stripes which match up with the white sponsor logo and complete the look without becoming too complicated. 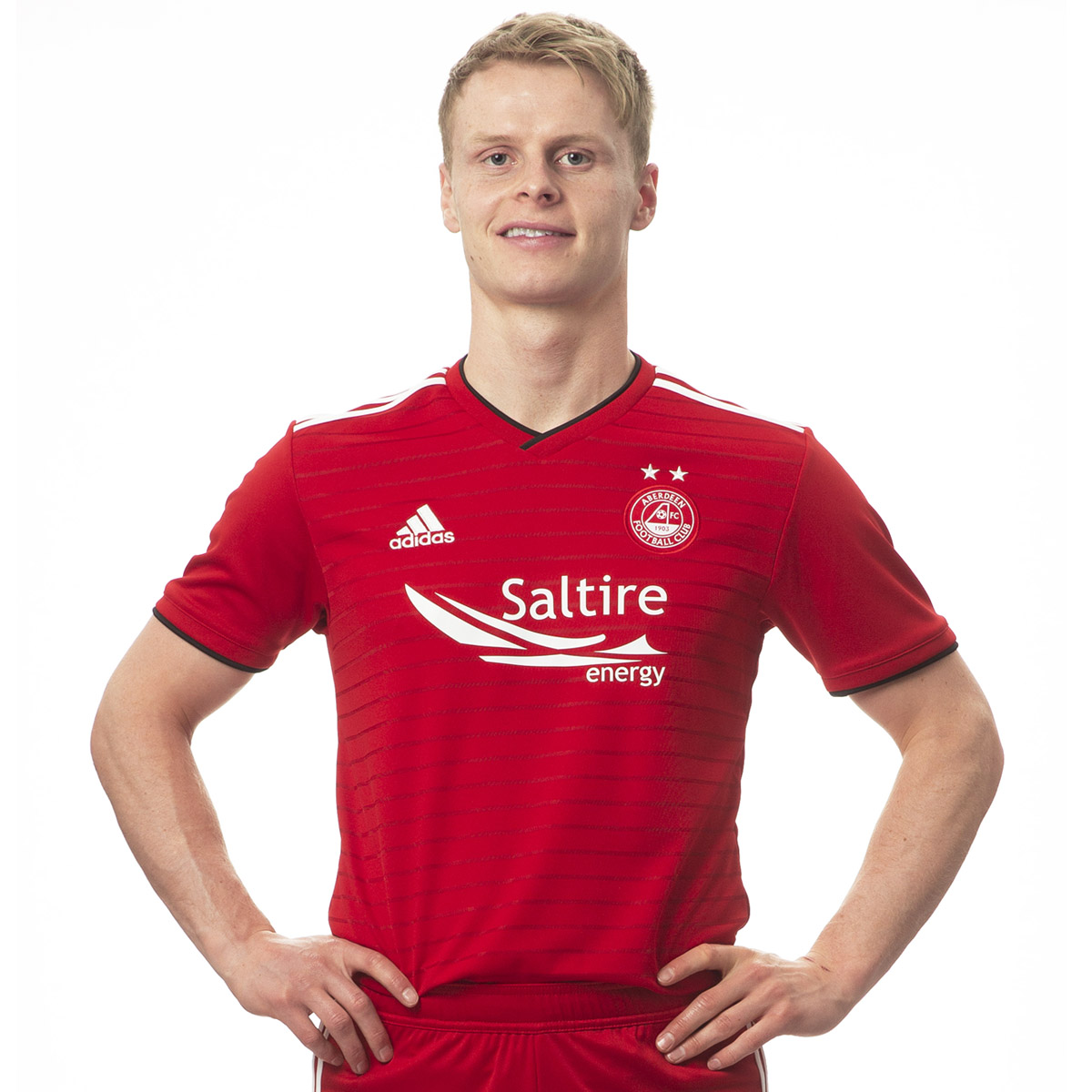 Here at UK Soccer Shop, we really like this kit. It’s well-designed, not too simple and brings with it a number of subtle but significant design options.

While next season might see Aberdeen within the top six, we can’t wait to see this kit running out at the Pittodrie Stadium, however long that site remains their hallowed turf.