The Adidas Belgium Euro 2016 Home Kit is the first-ever bespoke Belgium Shirt since Adidas became the Red Devils’ kit supplier after the 2014 World Cup. Released on November 9, 2015, the Belgium 2016 Jersey incorporates the colors of the Belgian flag in an interesting design.

Made by Adidas, the new Belgium Euro 2016 Kit is mostly red with a black block at the top, including the logos of Adidas and the Belgium national team. Most remarkably, the Belgium Euro 2016 Home Shirt boasts striking fluorescent yellow accents in form of the Adidas 3 Stripes, placed on the sides of the shirt, and the sleeve cuffs. 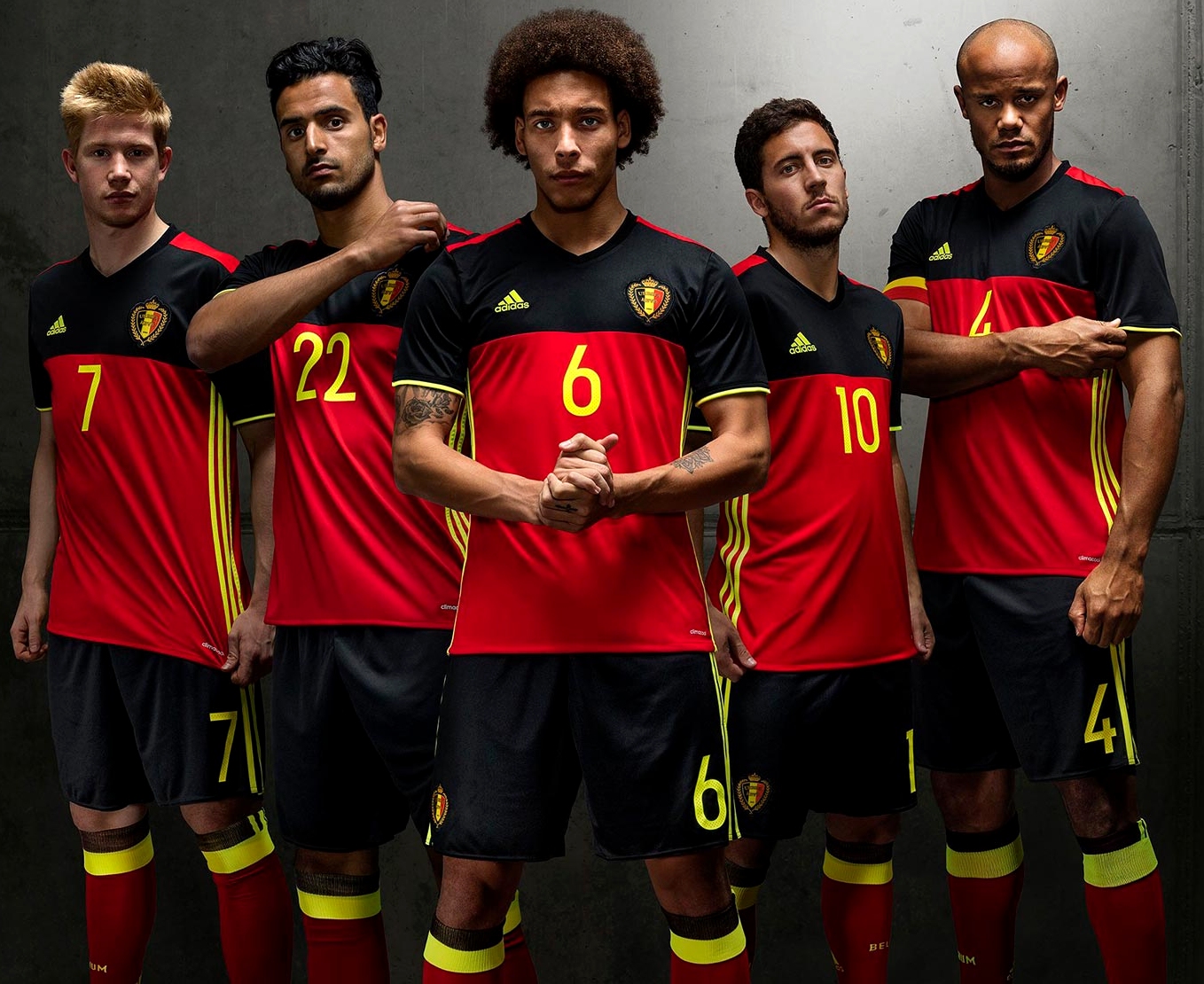