The home shirt is today launched as part of the new campaign – “If it’s not blue, it will be”, a campaign focusing on the players’ determination to dominate domestic and European football.

The design stays loyal to tradition, taking inspiration from several classic shirts by using several design features which made these kits fan favourites. With white and red trims at the collar and sleeves, the kit celebrates these club colours and ties back to the club`s kit history. The vertical pinstripes underline this celebration of Chelsea`s history, having been a feature of several iconic shirts from the past 30 years. 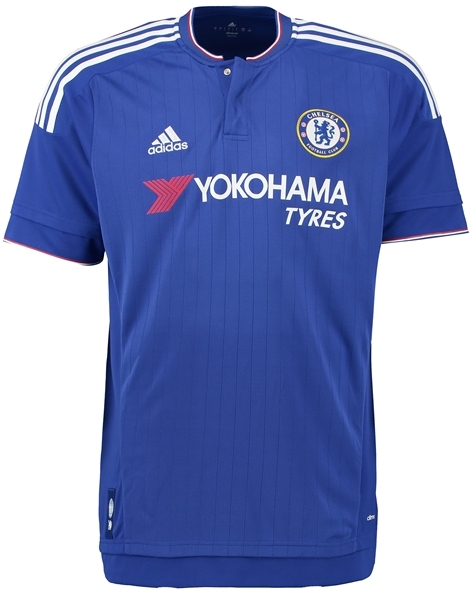 The new white Adidas Chelsea 15-16 Away Kit has a modern kit design with a simple white crew neck collar. The Yokohama sponsor logo on the Chelsea 2015-2016 Away Shirt is blue and red.

The most remarkable elements of the new Adidas Chelsea Away Kit are the sleeves. To create a unique design, the new Chelsea 2015-2016 Away Kit features tricolored sleeve cuffs using the colors red, blue and white.

A white kit was also worn by the club across its UEFA Champions League-winning season in 2012 and was last seen as a design scheme in the 2013/14 season. 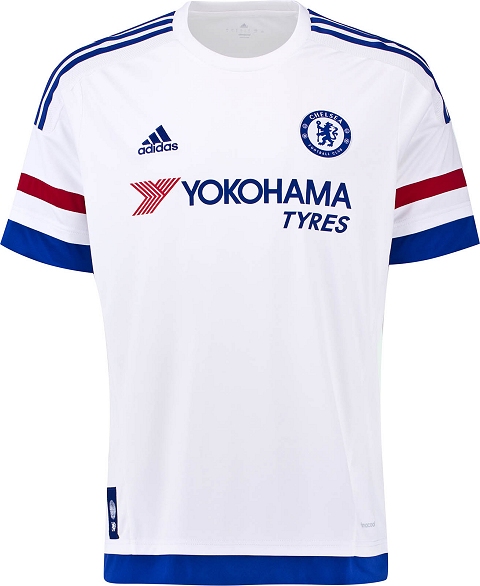