In 1986, Hummel released the Denmark 1986-88 Home Shirt. Featuring a half-and-half design with thin vertical stripes on the front, the Denmark 1986 Kit became an instant classic and is often declared as one of the greatest football kits in history.

The new Denmark Euro 2016 Home Shirt combines two tones of red with white applications. Drawing inspiration from the unique Denmark 1986 Kit, the new Denmark Kit for the Euro in France features a half-and-half design on the front, while the back of the jersey is light red.

Adidas combines the two shades of red with white applications, a white crew neck collar and white sleeve cuffs. Similar to almost all Adidas Euro 2016 Kits, the new Denmark Euro 2016 Home Shirt features the brand-new positioning for the 3 stripes on the side of the shirt. 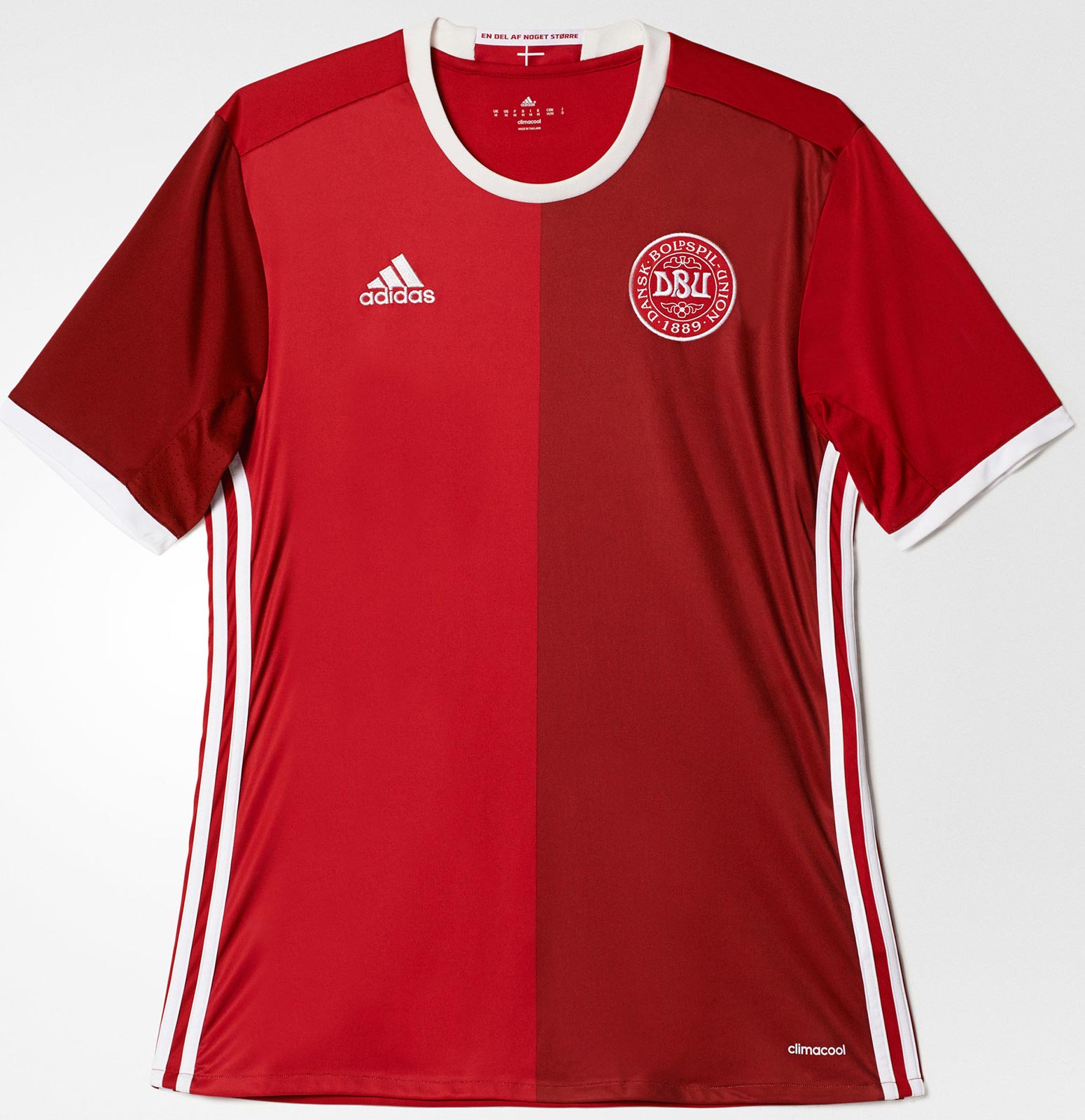