The Germany Euro 2016 home kit introduces a classic design, set to be launched this evening at The Base Berlin.

The new Adidas Germany 2016 Home Shirt is white with a simple black crew-neck collar with the colors of the German flag in a panel at the back. The Adidas Performance logo, the gold FIFA World Cup Winners Badge and the DFB crest are visible on the front of the new Germany kit.

Like most other Adidas Euro 2016 jerseys, the new German Euro 2016 kit features the Adidas stripes on the sides of the shirt instead of the traditional positioning on the shoulders and sleeves.

Two more fine details of the understated Germany Euro 2016 home shirt are the ’54-74-90-14′ writing on the left sleeve as well as the unique chart on the front of the shirt. Both designs celebrate Germany’s rich history of success in both the European championship and the World Cup. 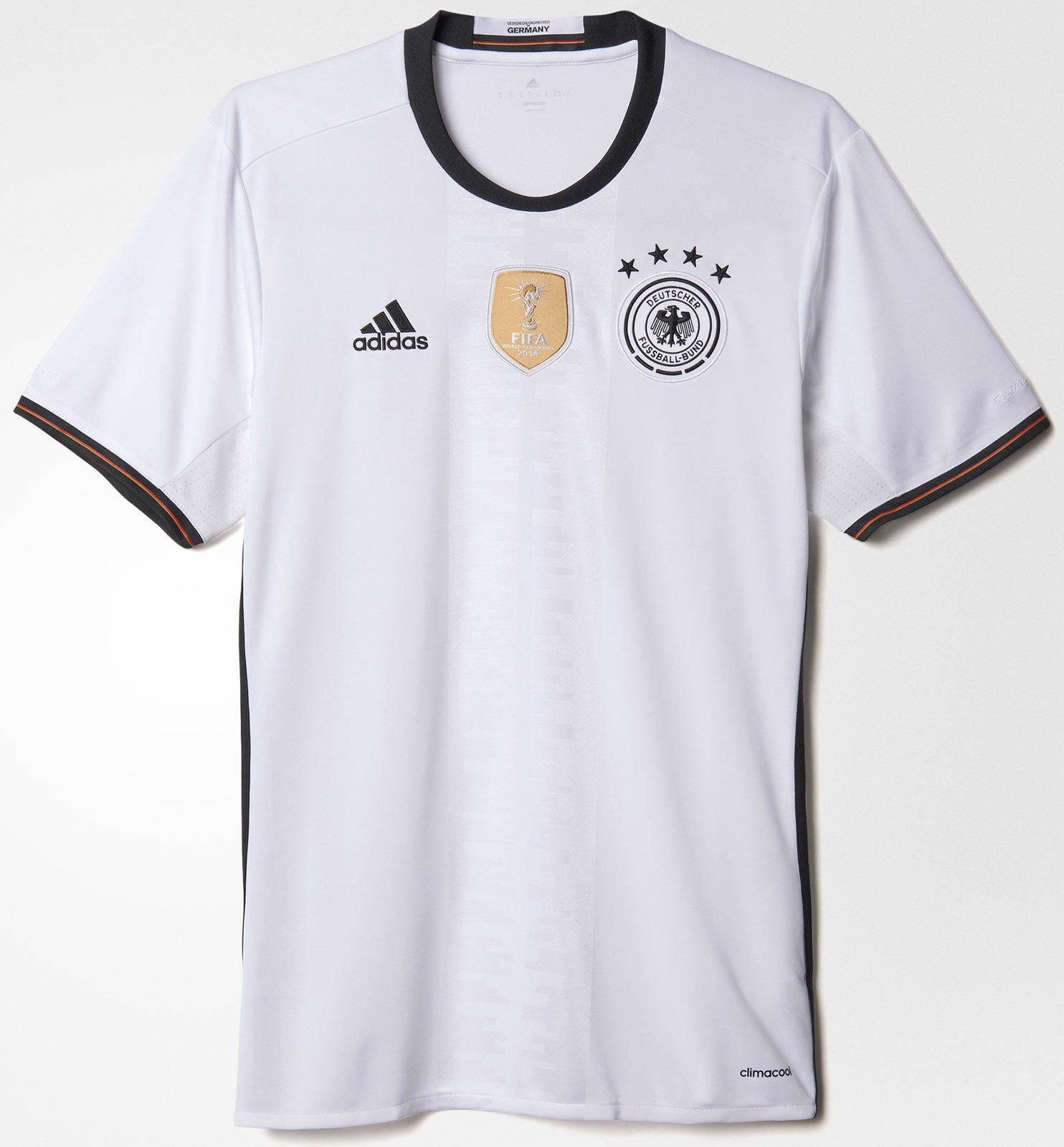