The recently launched Mercury Pack from Adidas has been complimented by the new Paris Pack. 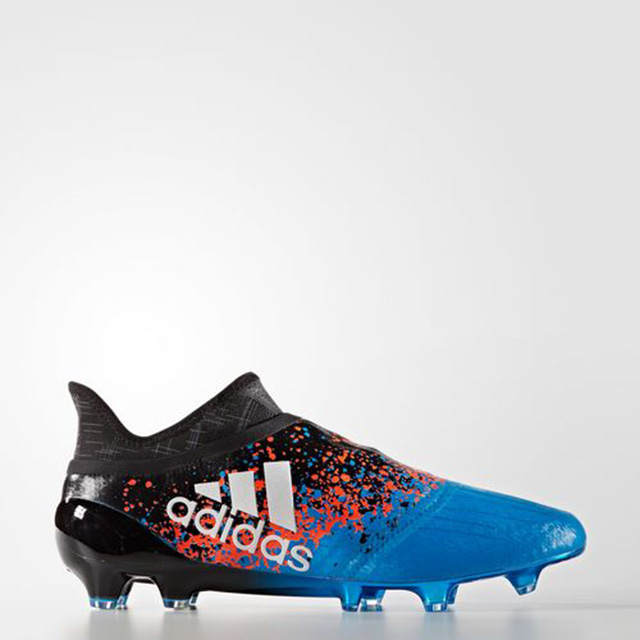 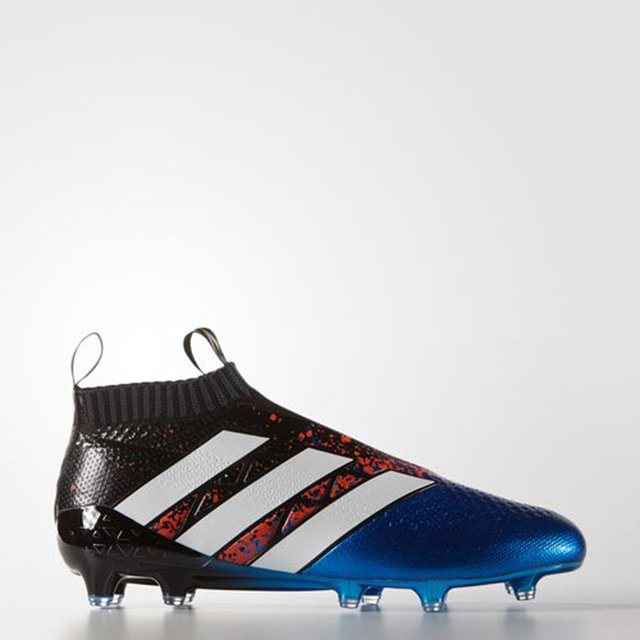 This is the Adidas Ace16+ Pure Control 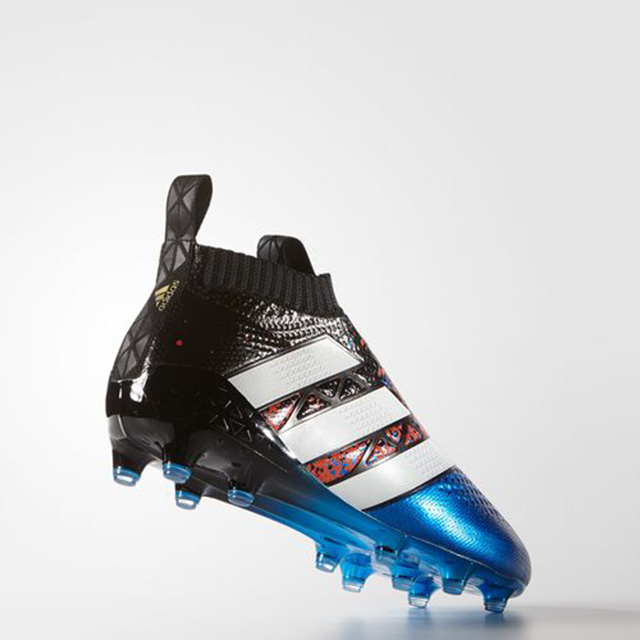 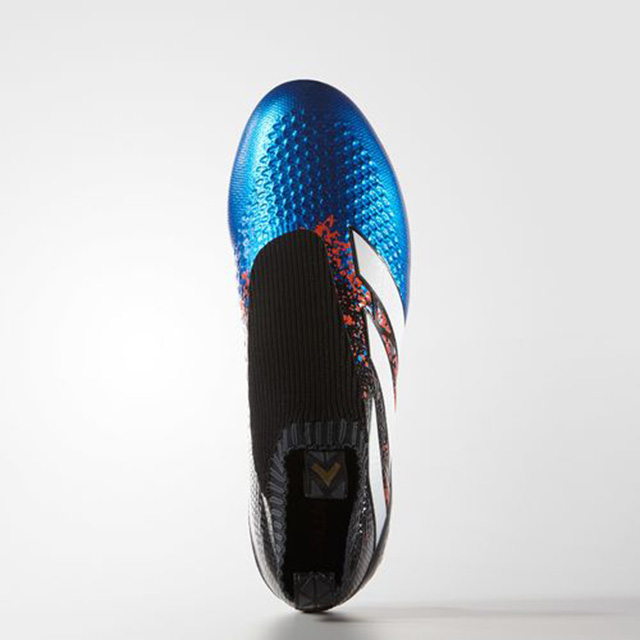 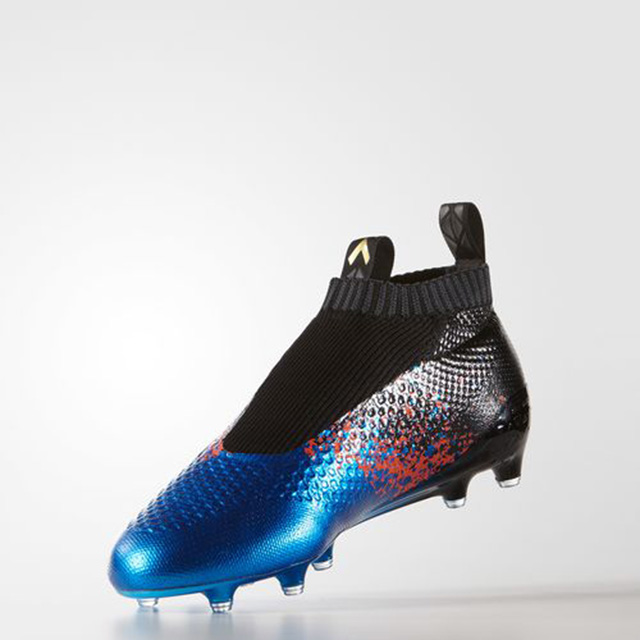 The new colourway has been launched ahead of the Euro2016 tournament in France this summer. Darker than the Mercury pack, the Paris pack colours travel the whole of the boot, replicating the upper on the soleplate. A vivid blue gives way to black at the back.

Three Stripes in white, feature almost as a break in the pattern. The blue front of the boot gives way to black with a speckled red pattern. It’s another almost laceless design with a black Primeknit tongue leading into a black collar.

Arranged to give the wearer the best balance, the soleplate uses NSG technology for total control of movement and the ball.

This is the Adidas X16+ Purechaos Paris Pack 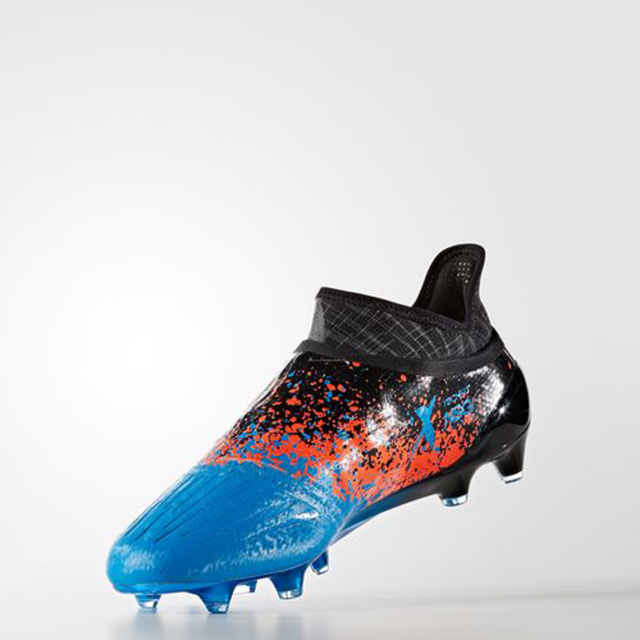 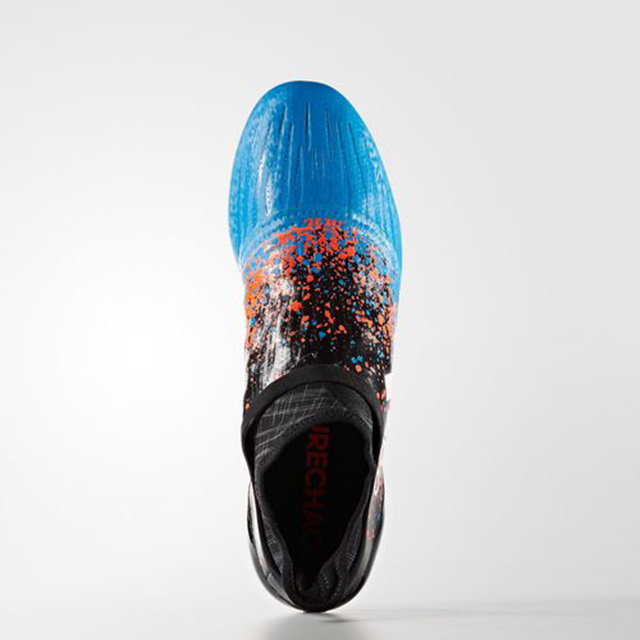 As with the Purecontrol, the X16+ Purechaos has a darker colourway than the Mercury Pack.

The light blue front of the upper and soleplate mirror each other with the darker heel area of the boot separated by Adidas’ logo and a speckled blue / peach pattern on the black background. With Purecut material covering the laces to give better control of the ball, the studs once again utilise NSG technology for improved balance and speed.