The new white Colombia Copa America Centenario kit has been inspired by the FIRST EVER Colombia football shirt that debuted in the 1940s.

Although Adidas have released this new Colombia Home kit there will not be a new Away kit for the 2016 Copa America, instead the current away kit will be carried over to the Copa America.

So here are the new threads James Rondriguez and company will be playing with this summer. 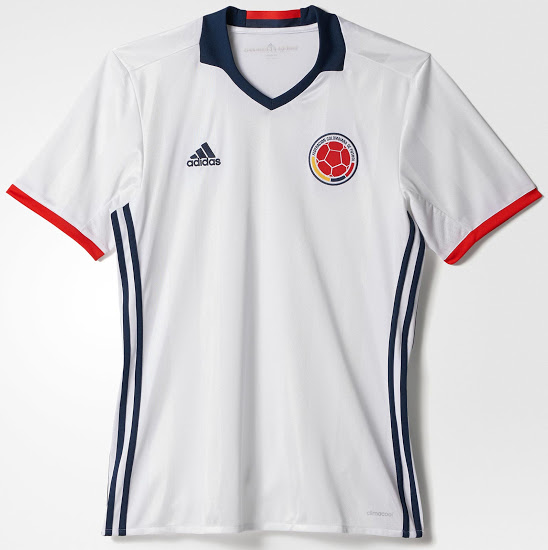 The predomanintly white shirt has sections of red and navy, on the sleeves, collar and the classis Adidas stripes take their place down either side of the new Colombia 2016/2017 shirt.

The federation logo sits nicely on this bed of white with navy, red and a little yellow setting the jersey off nicely and the Adidas logo sits by itself on the right breast which is navy in colour. 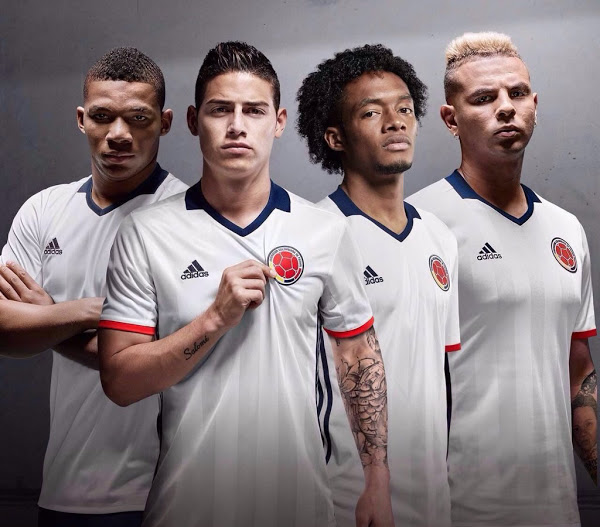 Although most will associate Colombia with a bright yellow jersey, the didn’t actually adopt those colours until the early 90’s. This takes the country back to its footballing roots and freshens up their identity in the process.

What do you think of the new Colombia Copa Amercia Centenario kit?