Adidas today revealed the Speed of Light pack for the Messi 16+ PureAgility, X16+ PureChaos and X16 PureControl boot ranges. It’s a bold and striking addition to the collection, with a distinctive colourway across the three boot types.

As well as the new colours, there are  upgrades with technical advances for the second generation of these boots 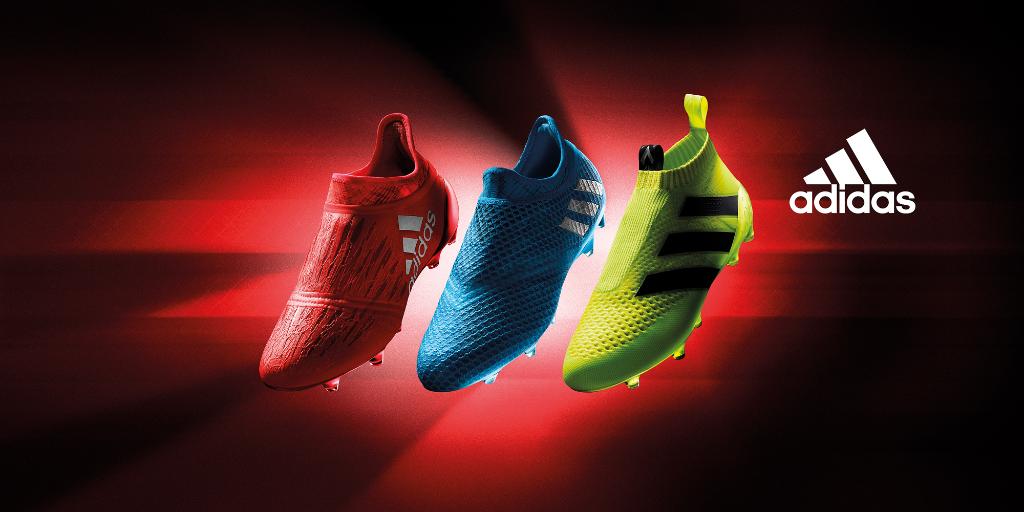 The Messi 16+ PureAgility boot from Adidas is in ‘Shock Blue’ as part of the Speed of Light pack. 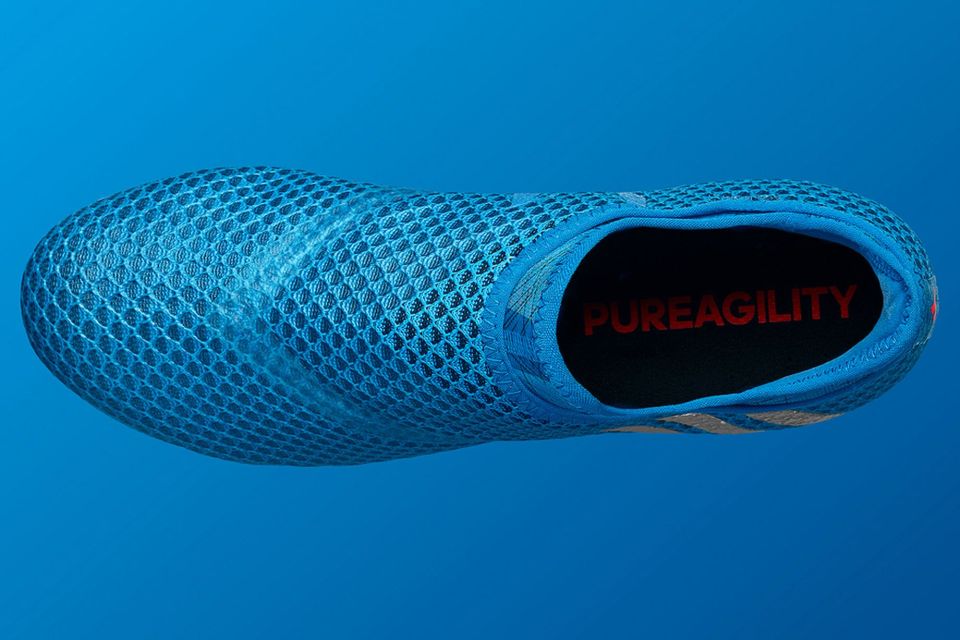 The stunning design sees the previously silver boot overhauled with blue. The trademark Three Stripes and personalisation offerr the introduction of silver into the colourway but the knit upper with collar are all blue. The soleplate is a metallic variation of the blue, completing the modernist approach to the boot’s colour. 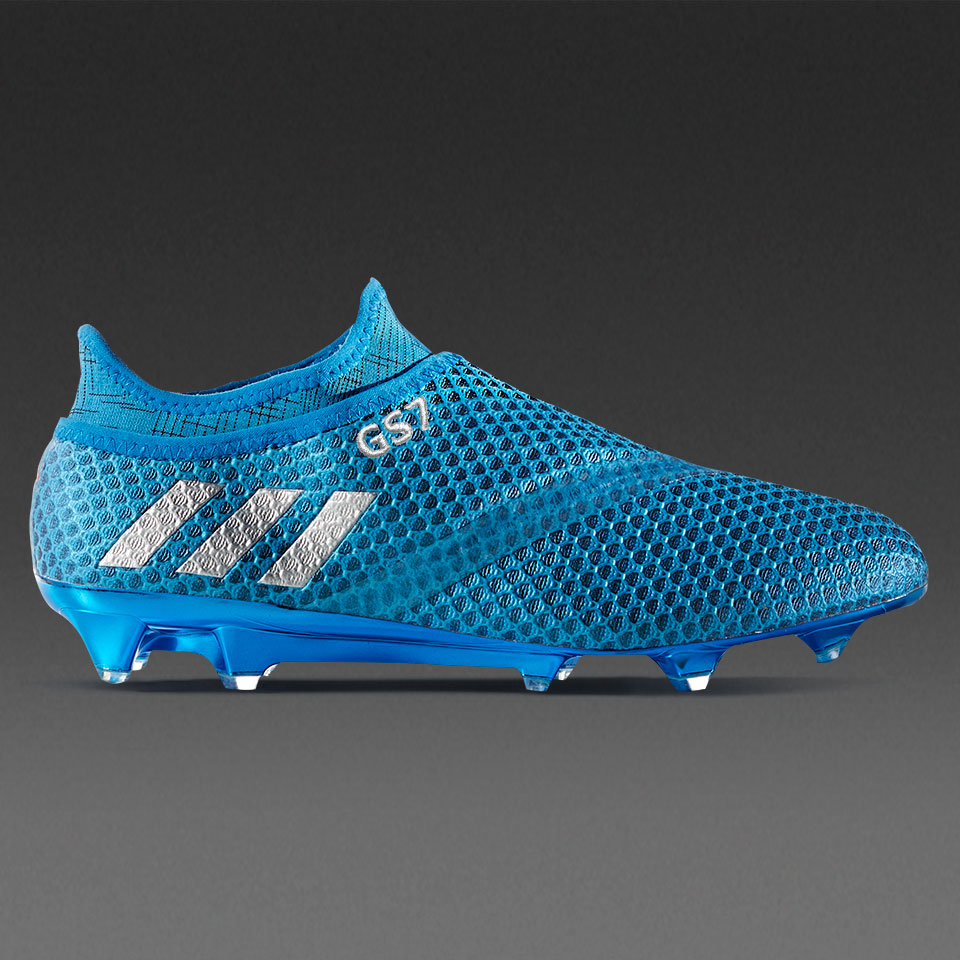 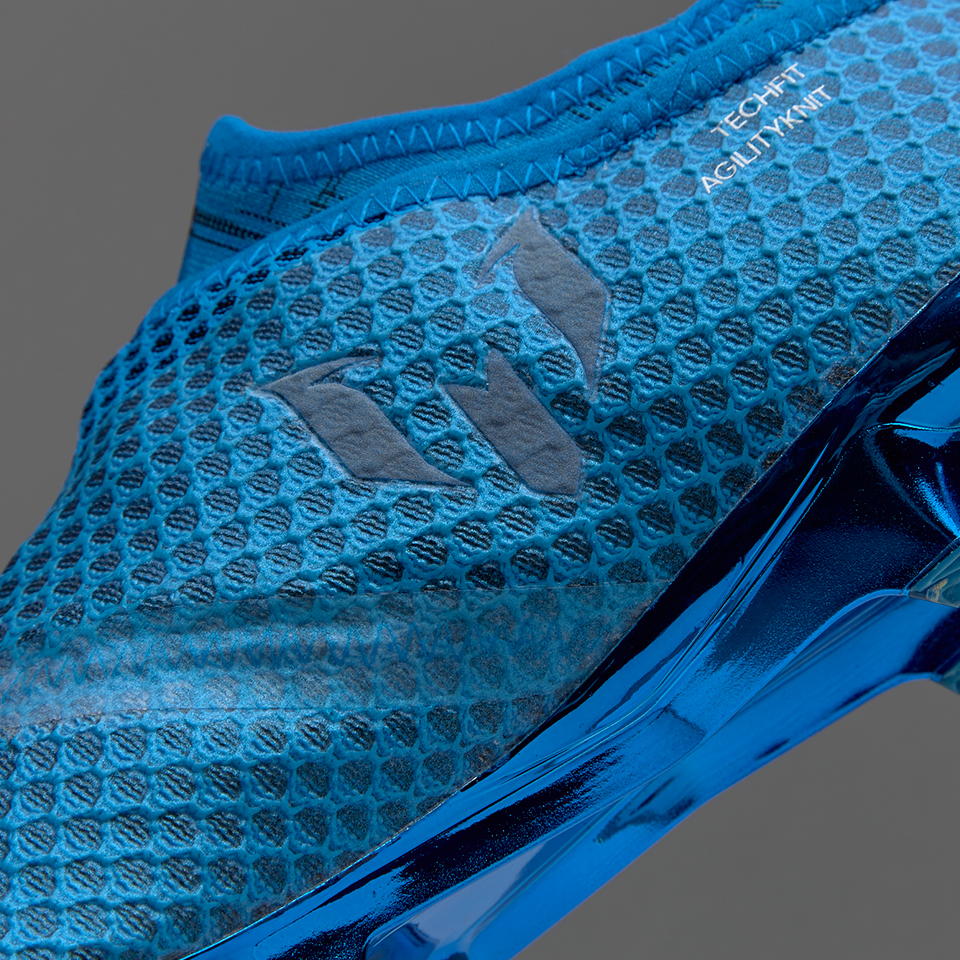 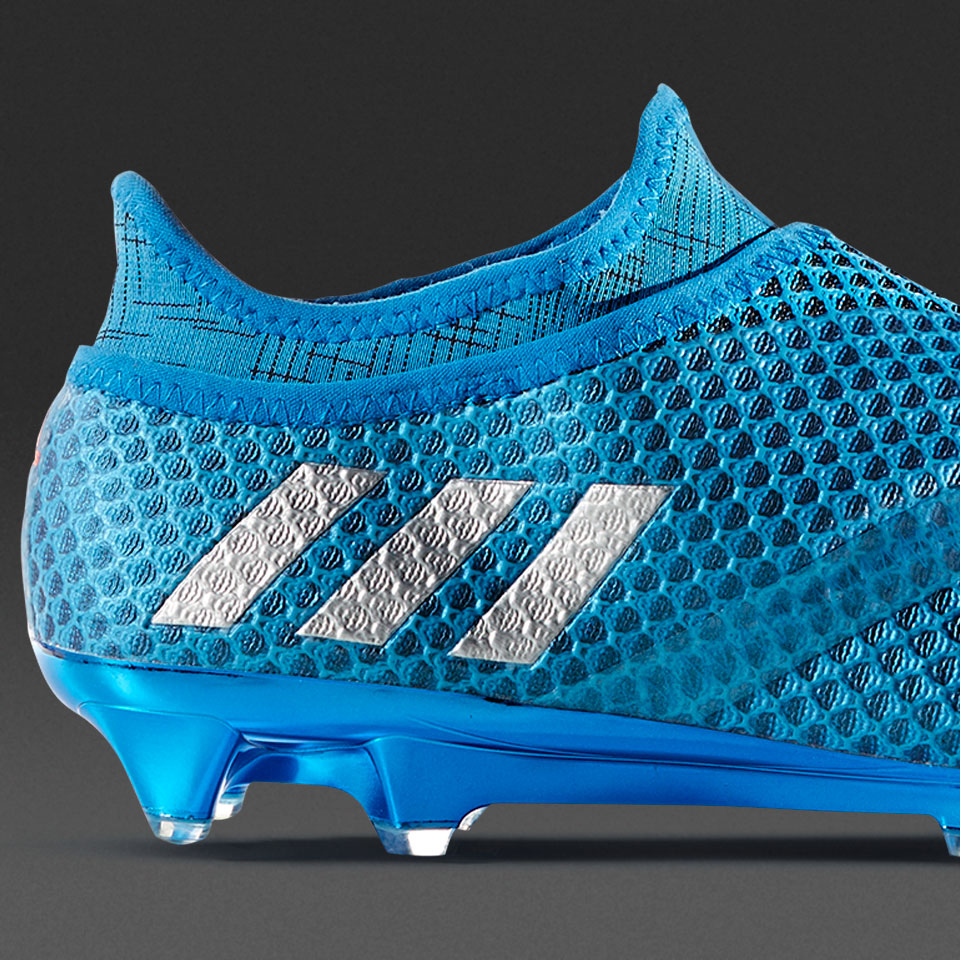 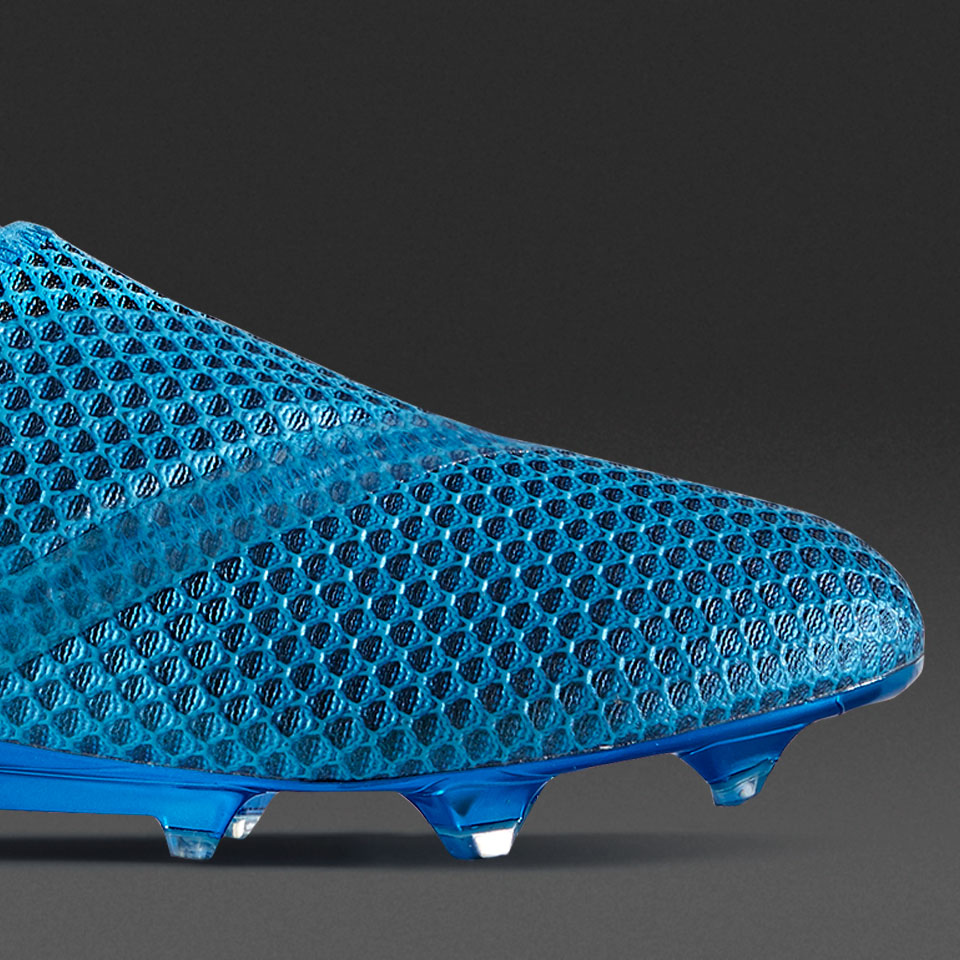 The boots are upgraded to a laceless version, offering a smoother area to control and kick the ball. The knit upper has been improved for a more natural and supple fit. 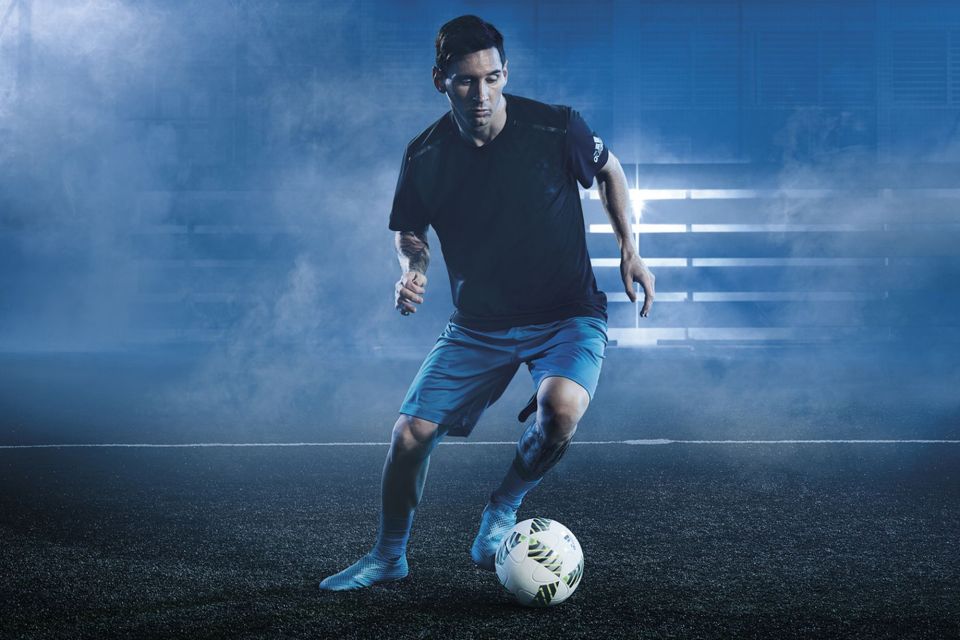 This is the vivid X16+ PureChaos Speed of Light pack. The colourway is ‘Solar Red’ with white trim. 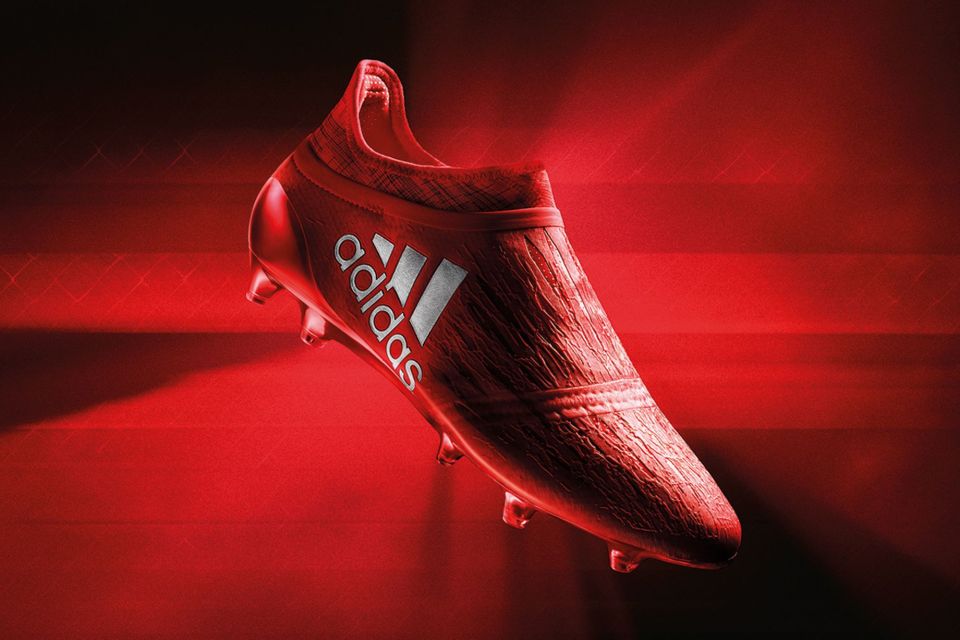 On the surface, the X16+ appears to be laceless but they are hidden under the upper, giving the boot a cleaner surface to kick the ball. The raised collar sits above the neck, below which is the white Adidas logo, the only time the colour appears on the boot. 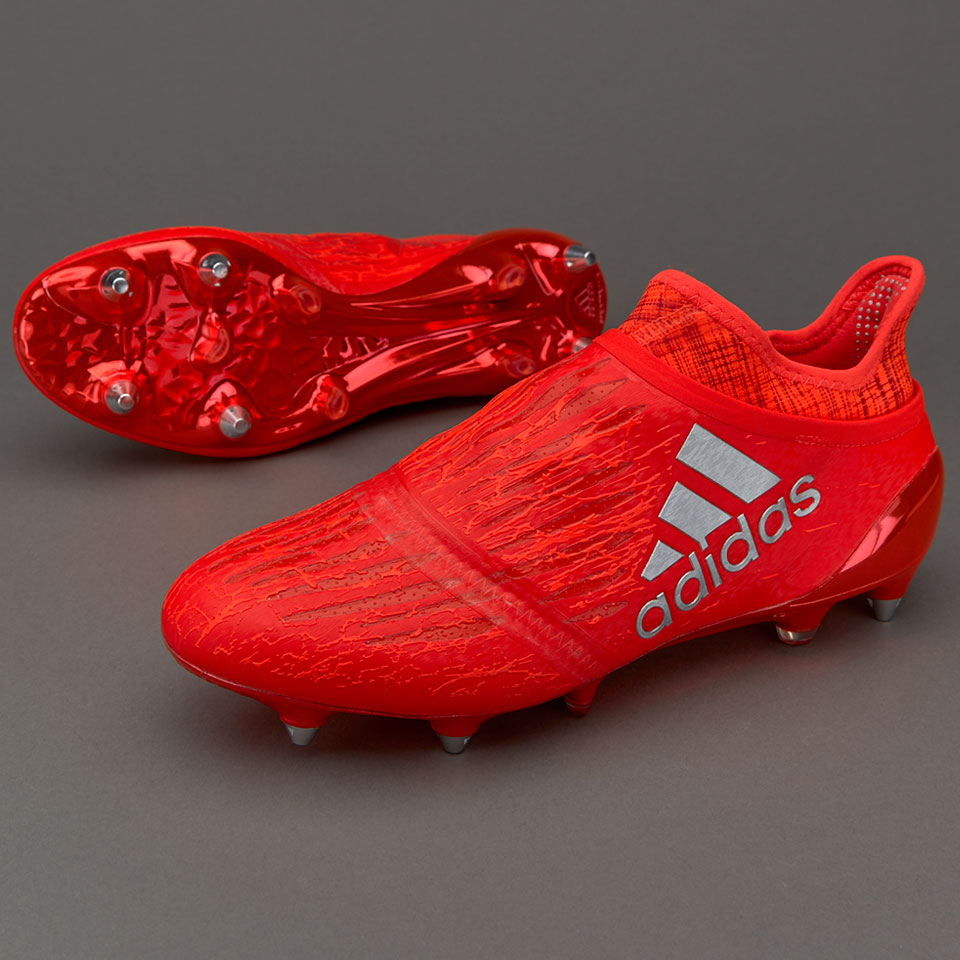 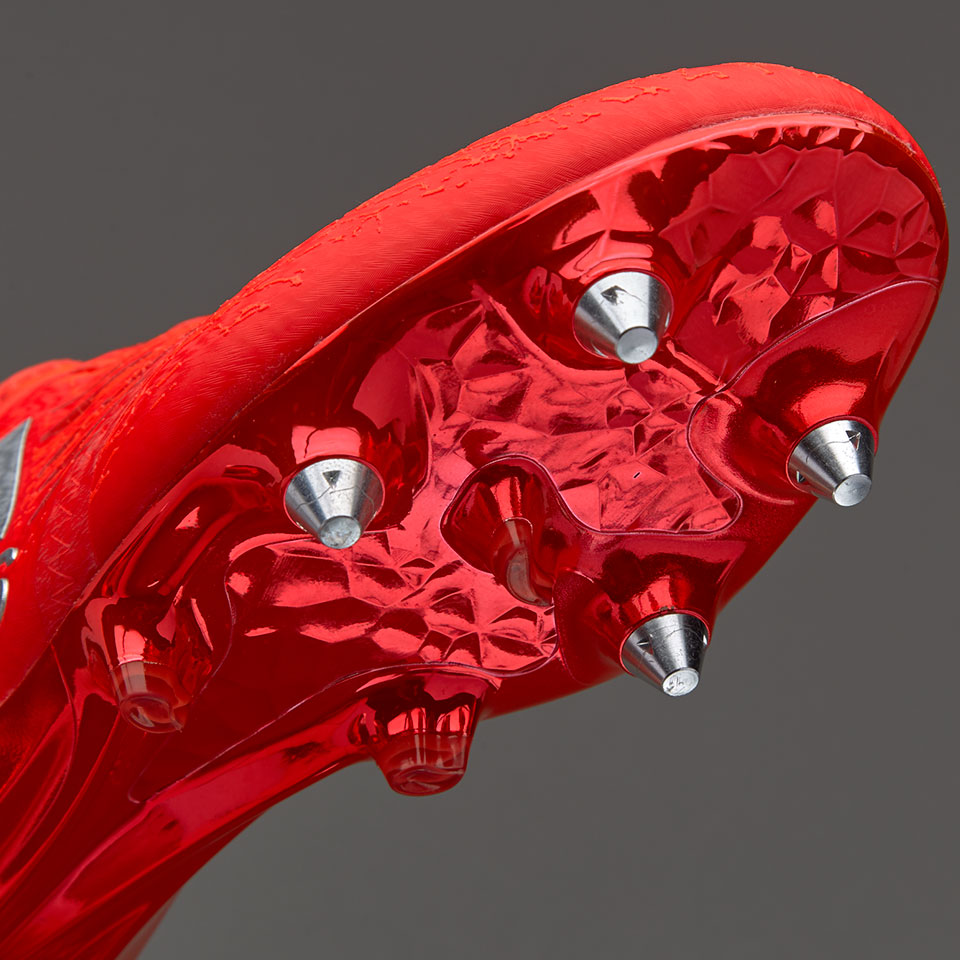 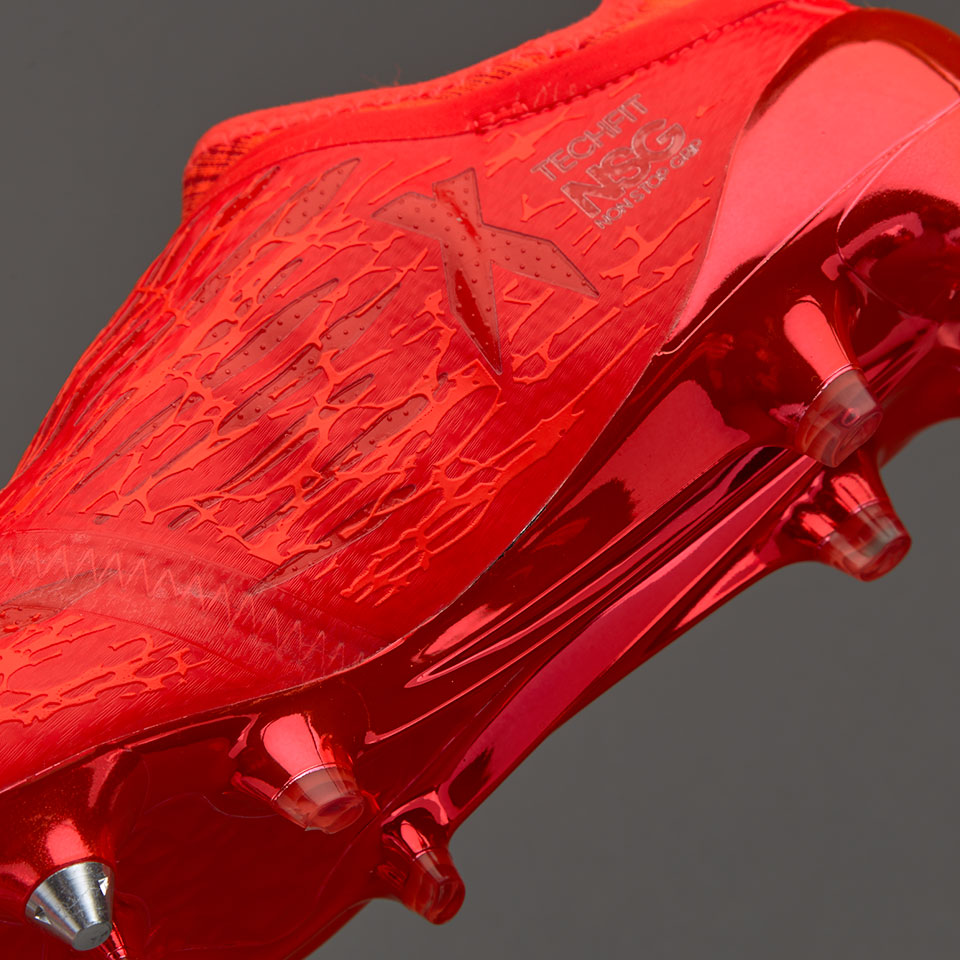 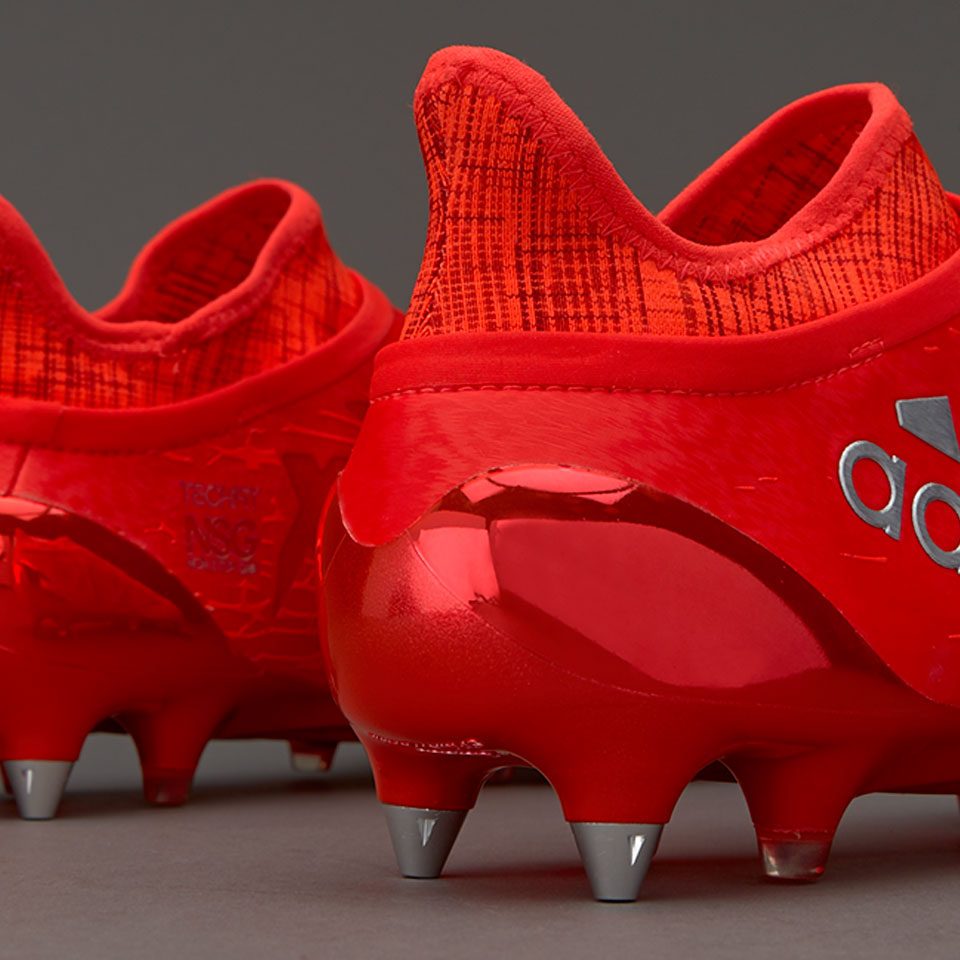 As with the PureAgility, there is a metallic finish to the soleplate and on the heel is the counterbalance, showing on the outside of the boot as part of the trim. 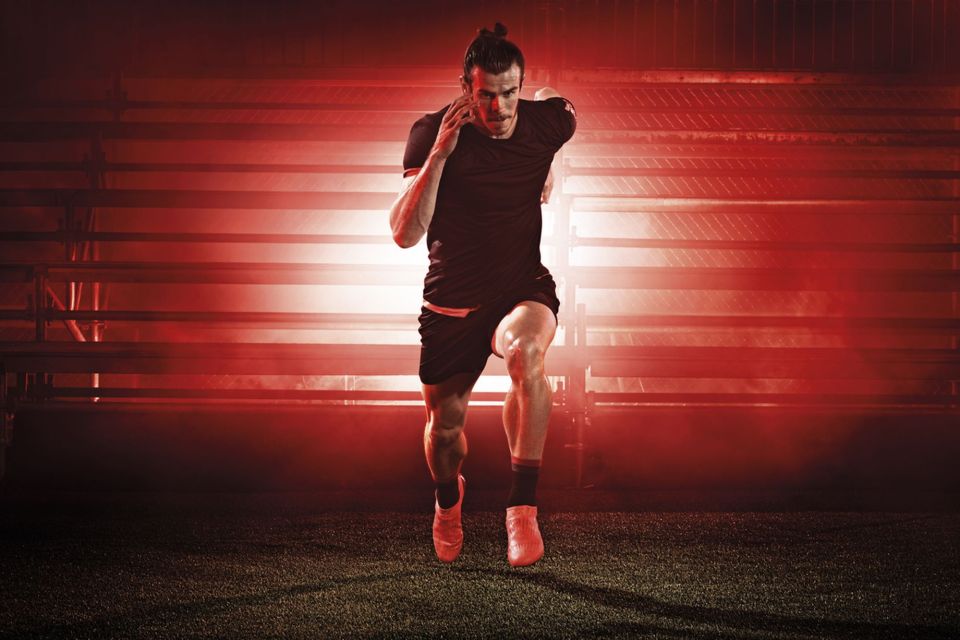 This is the Adidas X16 PureControl Speed of Light pack. 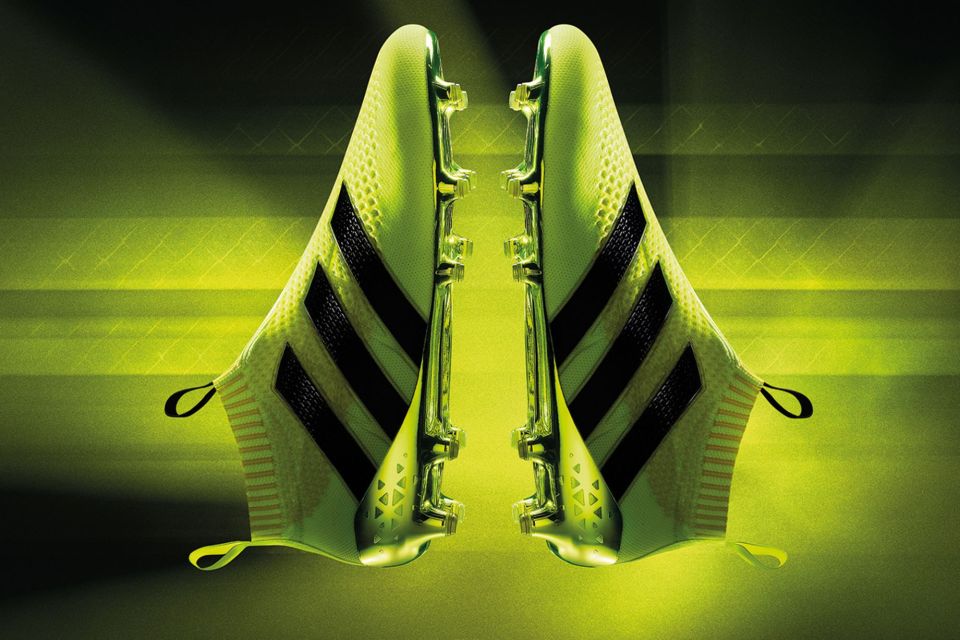 Adidas has launched the X16 PureControl in a ‘Sonic Yellow / Core Black’ colourway. In common with the other boots in the pack, the soleplate is a metallic version of the base colour, this time yellow. It’s the brightest of the boots, with the Three Stripes in black, offering  a striking contrast. 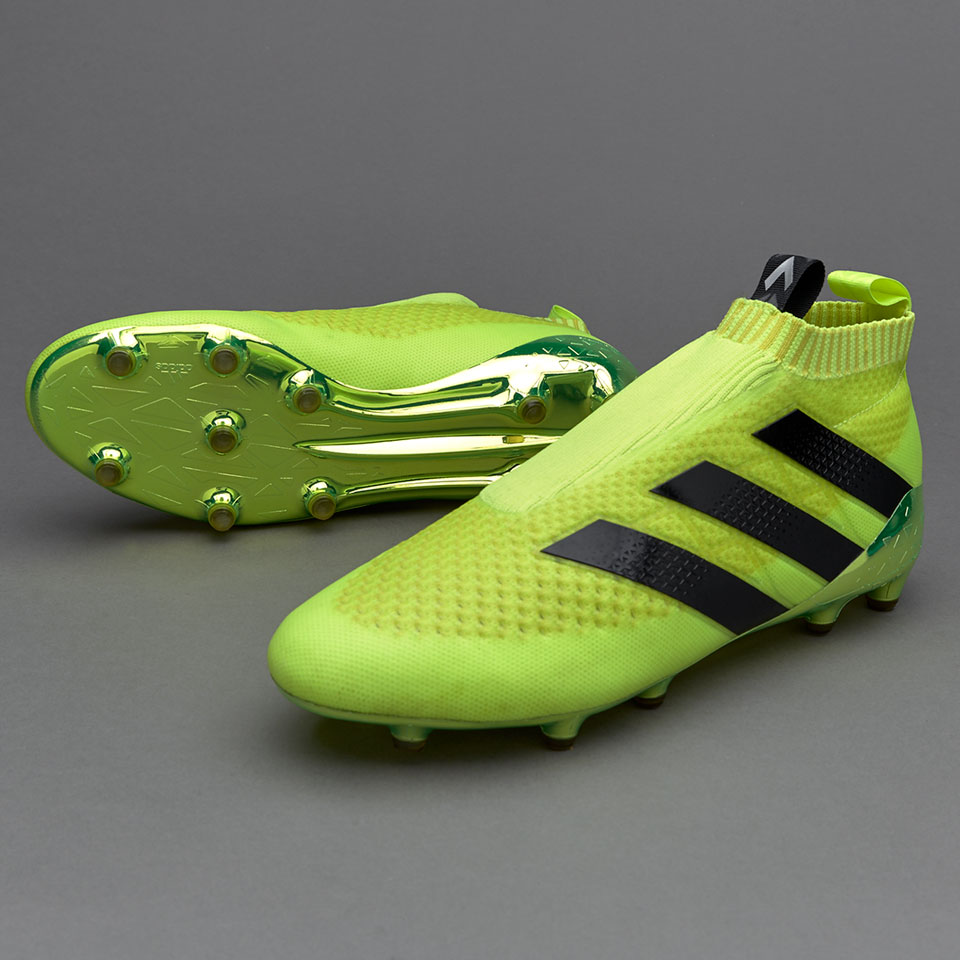 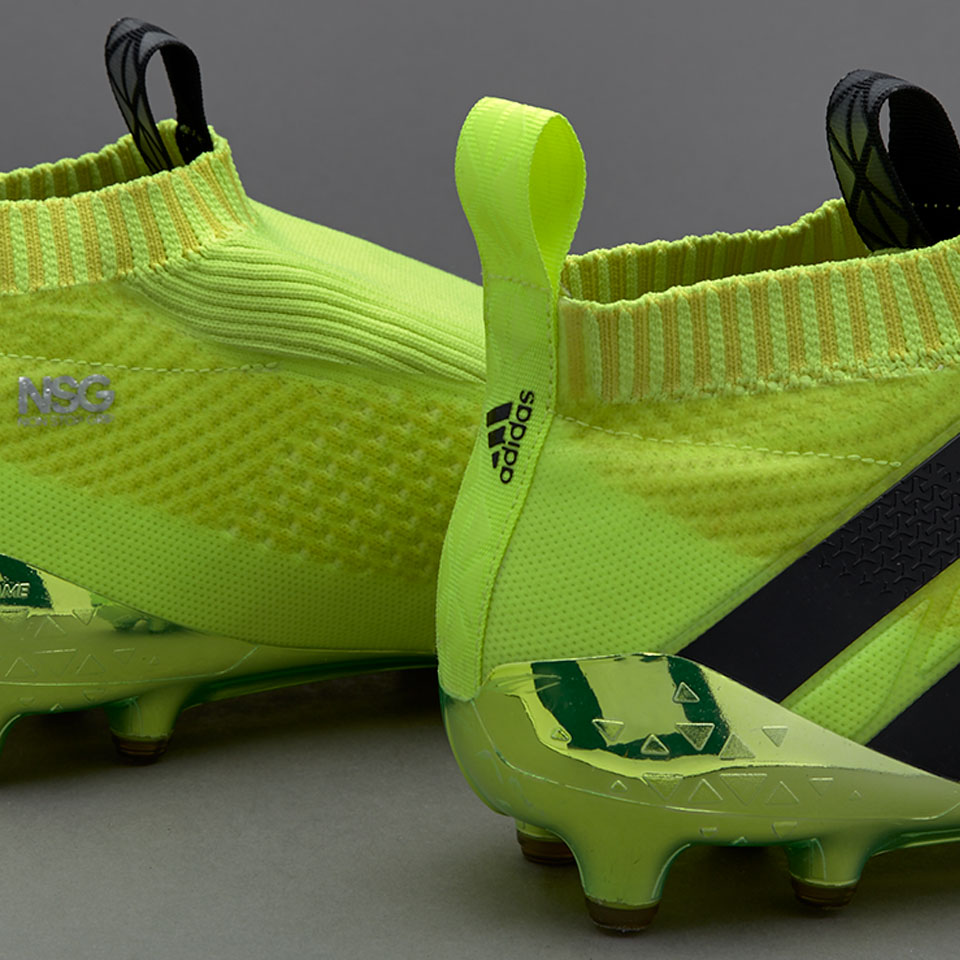 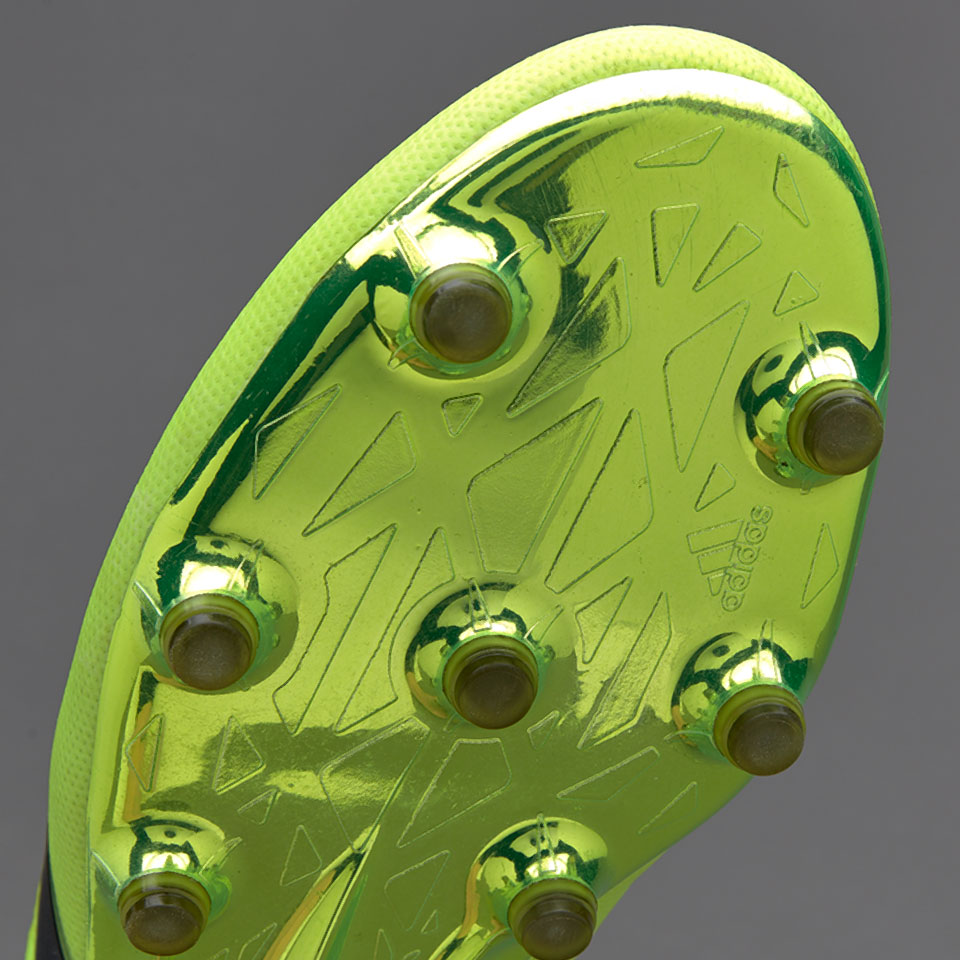 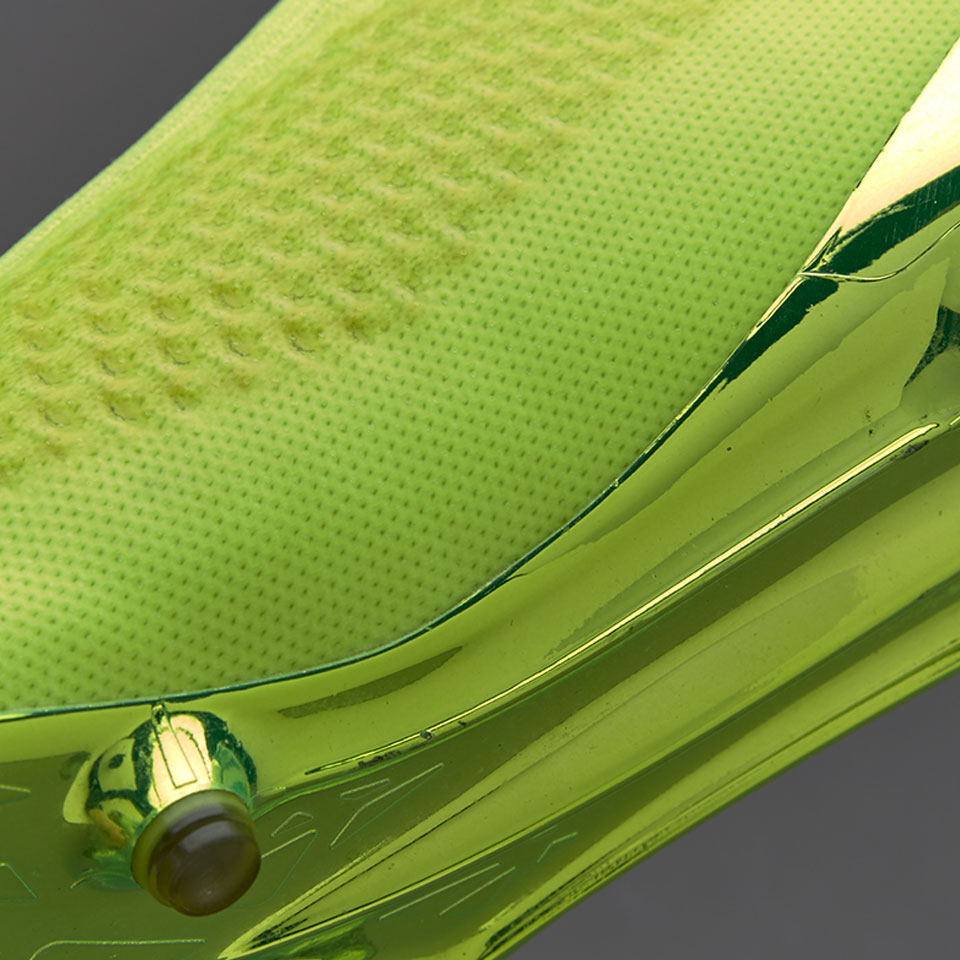 As with the PureChaos, it’s an almost laceless design, giving the boot a larger and smoother surface to kick the ball. 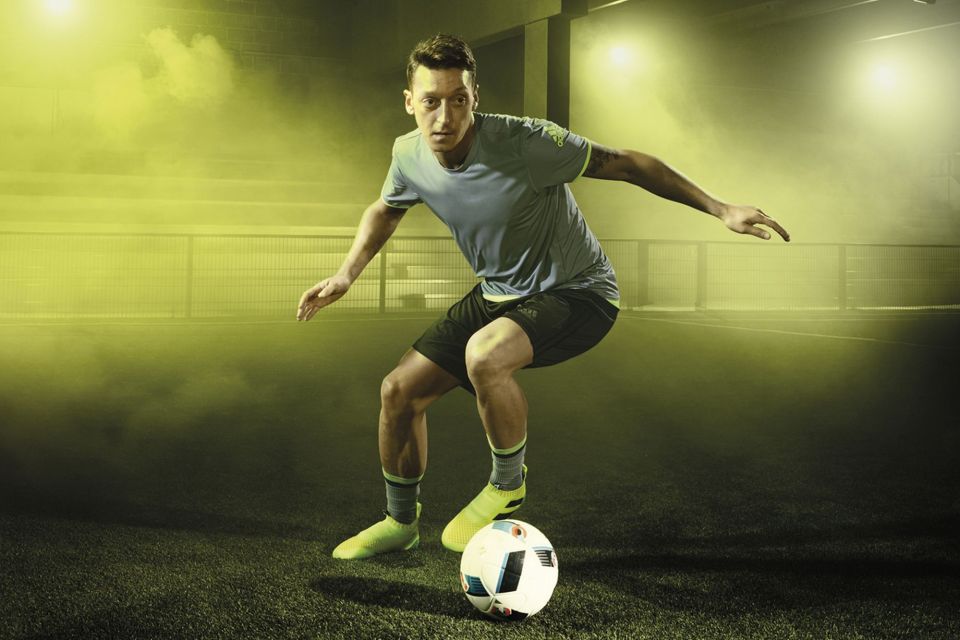 It’s a striking range in and a distinctive contrast to the recently issue Nike Pitch Dark pack. Adidas’ future’s so bright, you’ve got to wear shades.