Roughly based on the Adidas Condivo 16 jersey template, the new Spain home kit boasts a striking red base color with a constructed collar and a distinctive front pattern. On line with all other major Adidas Euro 2016 jerseys, the 3 Stripes on the Spain home shirt are positioned on the sides, opposed to the previously-established shoulder / sleeve position. 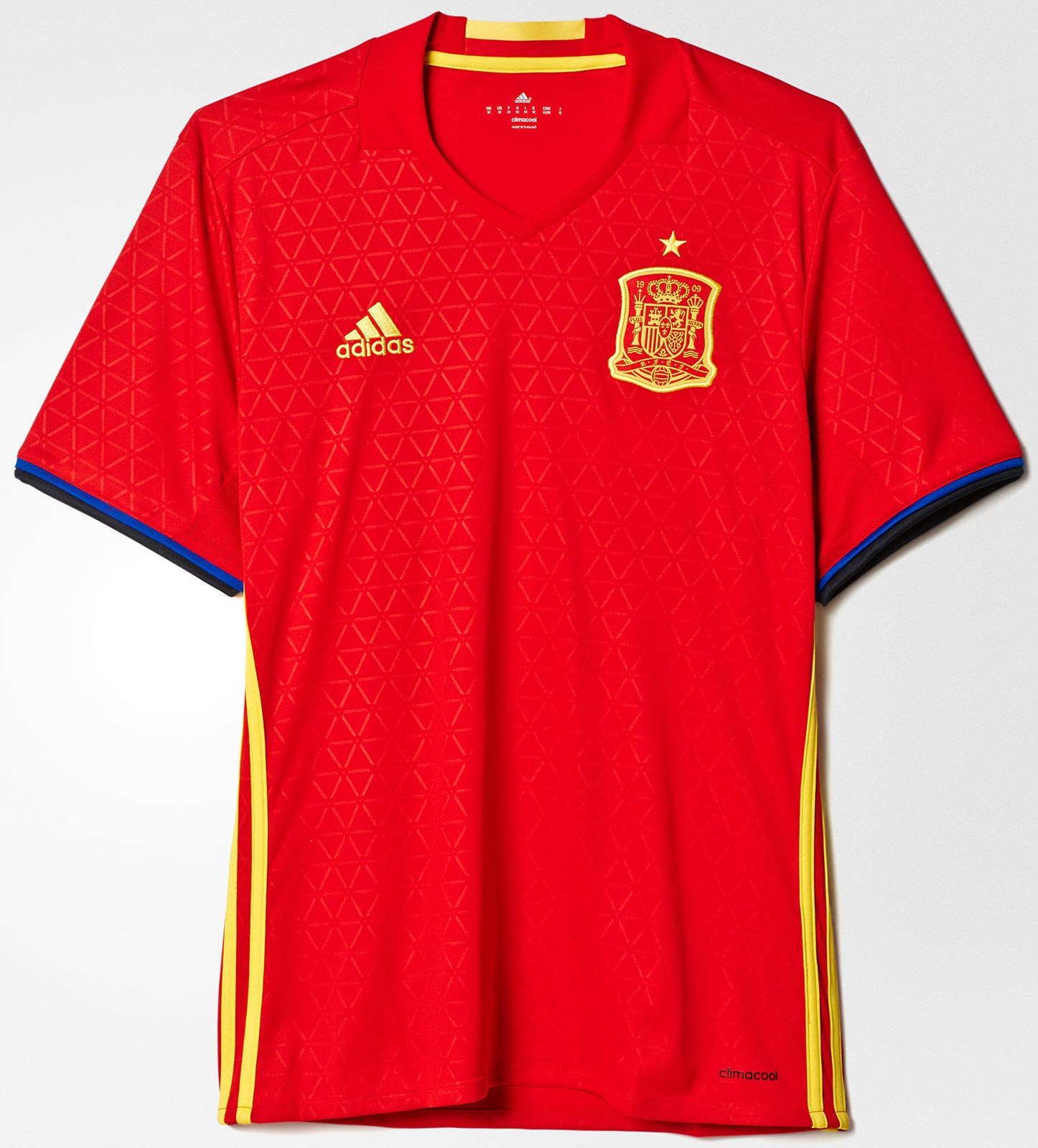