The first Adidas Euro 2016 Kit has been officially released today. The new Sweden Euro 2016 Home Kit boasts a classic-yet-modern design, set to be debuted in the Euro 2016 play-off against Denmark. After the Sweden 2014 Jersey was very unique, Sweden returns to a more low-key kit for next year.

Made by Adidas, the Sweden 2016 Away Kit features a more modern take on Swedish football and street culture, combining dark blue with grey details.

Based on the same template as the Germany Euro 2016 Home Shirt, the new Sweden Euro 2016 Kit comes in the country’s traditional yellow and blue. a modern crew-neck collar, almost entirely blue, is used for the Sweden 2016 Home Shirt, while the new positioning of the iconic Adidas 3 Stripes is also adapted for this Sweden 2016 Kit.

Subtle hoops grace the front and back of the new Sweden Kit, while the sleeve cuffs also come with contrasting royal blue trim. 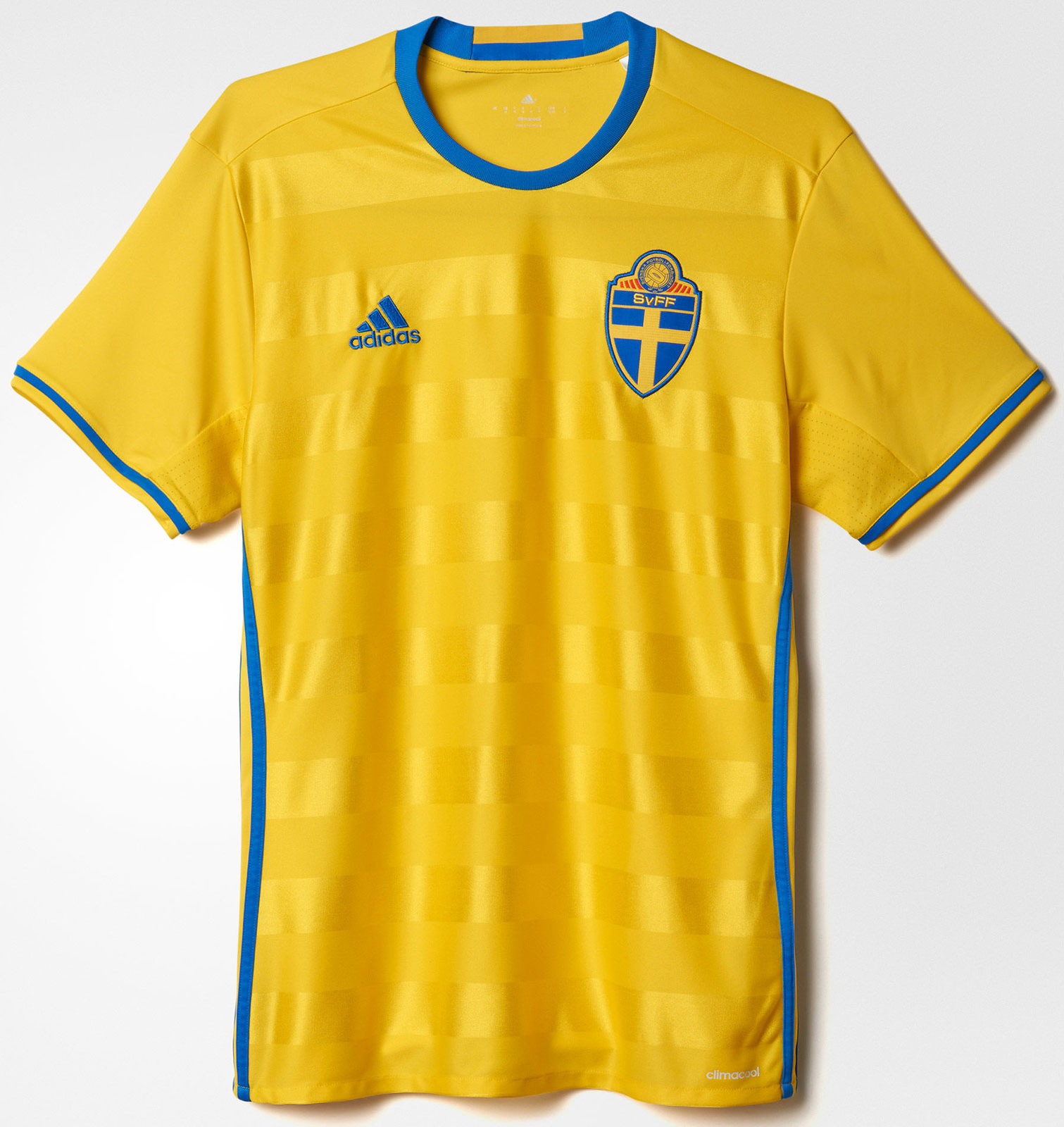