To launch the second-gen colourway Adidas X boot, Adidas are set to introduce a spectacular design this May ahead of Euro 2016!

It was just under a year ago when Adidas unveiled the brand new Adidas X Football Boots. These Soccer X cleats were debuted in the Champions League final in Berlin. Boasted for players who “create chaos” with their lightweight design.

This is the next-gen Adidas X 2016 Soccer Boot. 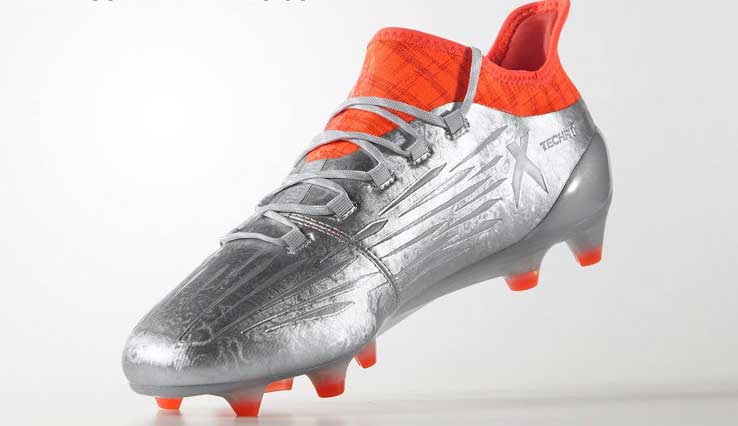 With a silver metallic upper, the Adidas football boot is designed to stand out among its competitors. The same spray effect that is used for Euro 2016 away kits numbers also finds its way onto the design and the outstep features the famous Adidas branding.

The next-gen boot has a completely tongue-less design and is made for more stability. Removing the X-cage from the midfoot area has accomplished that.

The upper of the boot is not dissimilar to the first generation series but the sole plate has had a complete overhaul. An external heel counter for more speed and grip while a traditional stud template is preferred. For just that little bit extra support Adidas added an arch in the midfoot of the new Adidas Next Gen Euro 2016 Soccer Cleats.

The core black, solar red and silver metallic versions of the next gen Adidas boot will retail at around $200 (£160) which is the same price as the previous generation.

Do you like the new Adidas X Euro 2016 Boots and will you be getting a pair before the Euro’s kick off?