Al-Ahli Saudi Football Club was formed in 1937 and has won 30 trophies as recognised by FIFA, including three championships, the last of which was 2015/16. Five games into the new season, they sit in third place behind Al-Ittihad and Al-Hilai.

Sponsored by Qatar Airways, they will play Barcelona in Doha, the Qatari capital city, on 31st December 2016 with the Catalans expected to take a strong side for the prestigious friendly. 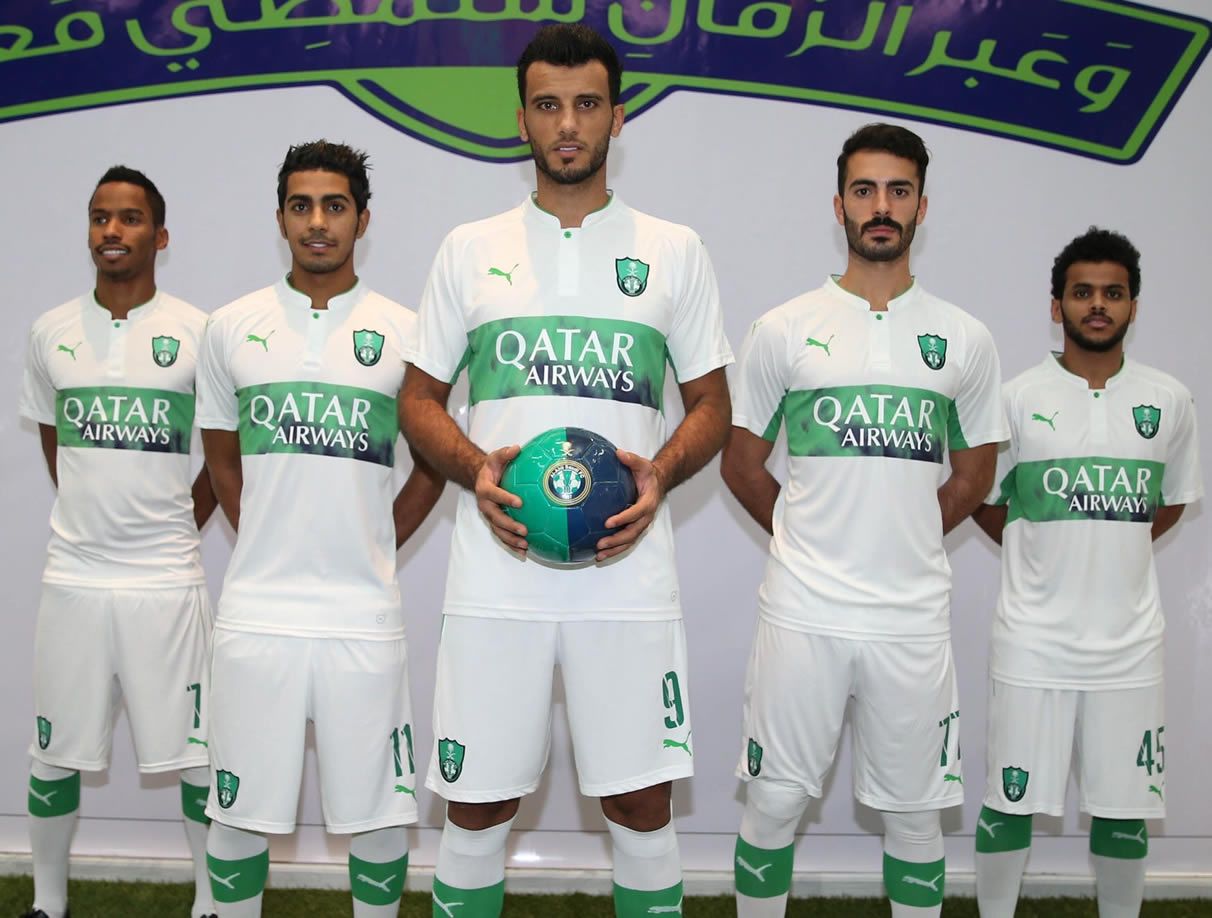 The all-white kit comes with green trim and a Henley-style collar.

Across the chest, a green and navy band features the name of the club’s primary sponsors, Qatar Airways. The kit is completed with white shorts and socks. The club crest and player numbers are in green on shorts whilst the socks have a green band with white Puma logo on the shin. 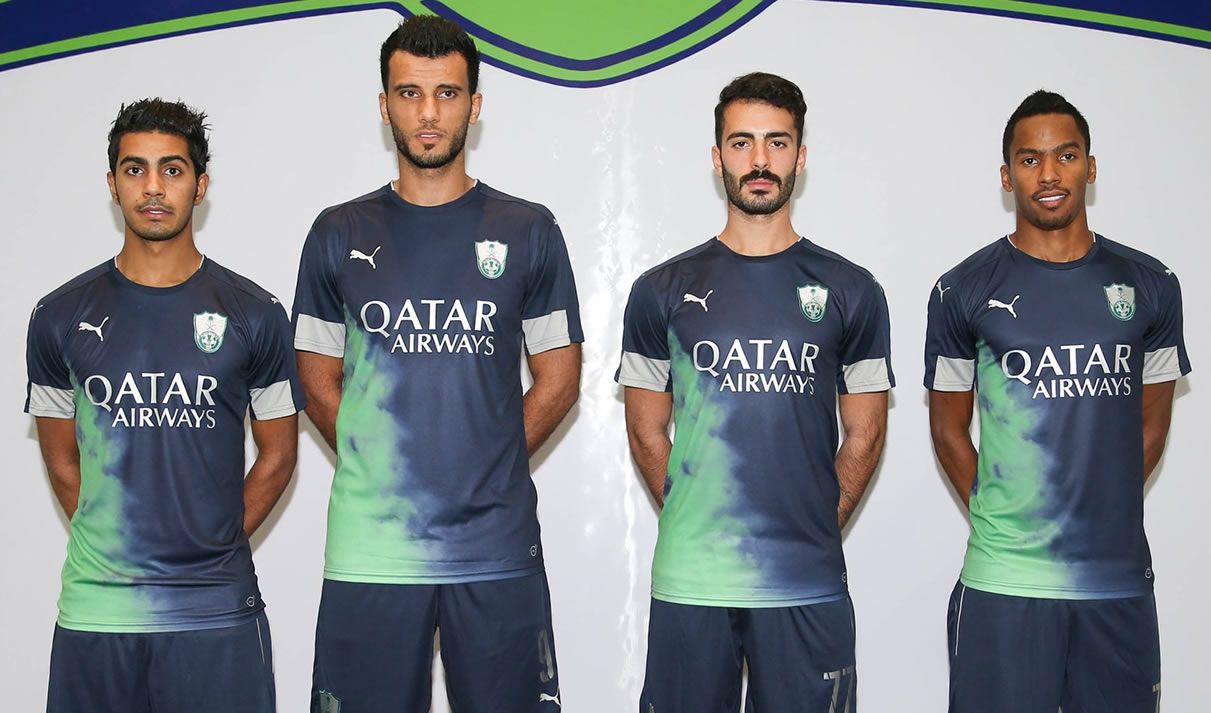 It’s been a long time since a tie dye football shirt was seen!

This one is navy with what Puma term, ‘ghost green’ across the right side of the shirt body. The sleeve cuffs are half-and-half navy with green at the front.

The shorts and socks are navy with the green used for trim, accents and logos.