Albania is ready for their FIRST EVER MAJOR tournament now that Macron has released THREE brand new kits.

The new Home, Away and Third Kits were designed by Italian team wear brand Macron after Albania and Adidas parted ways last year.

The Euro 2016 kits are all based on the same layout. A stripe design which is inspired by the Albanian flag takes centre stage on all three Albania football shirts. Macron also introduced what they refer to as a “Korean collar” as it’s identical to the collar used by South Korea in the 2014 World Cup by shirt designers Nike. 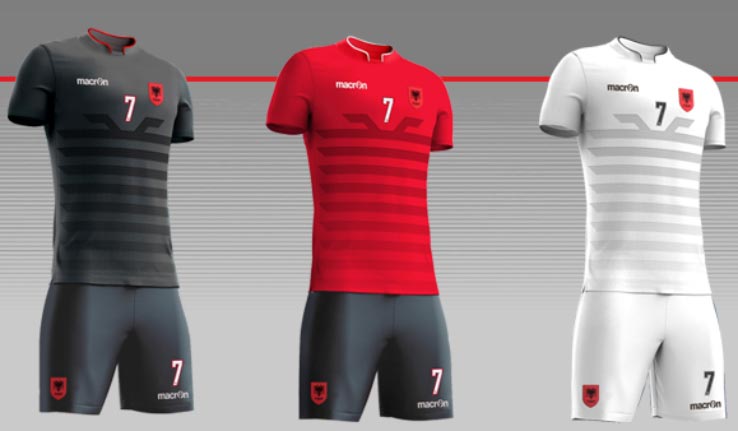 This shirt gets even more patriotic when you check out the writing on the back that reads “Ti Shqipёri mё jep nder”  which translates as “Albania gives me honour” accompanied by a two-headed eagle.

Macron have put a great deal of thought into these kits and it shows. Albania takes to their first major tournament looking the part and it will hopefully help them shine in Euro 2016.