There are boots and then there are boots. Paraguayan artist Lili Cantero created these astonishing custom Nike boots based on the Mercurial silo. 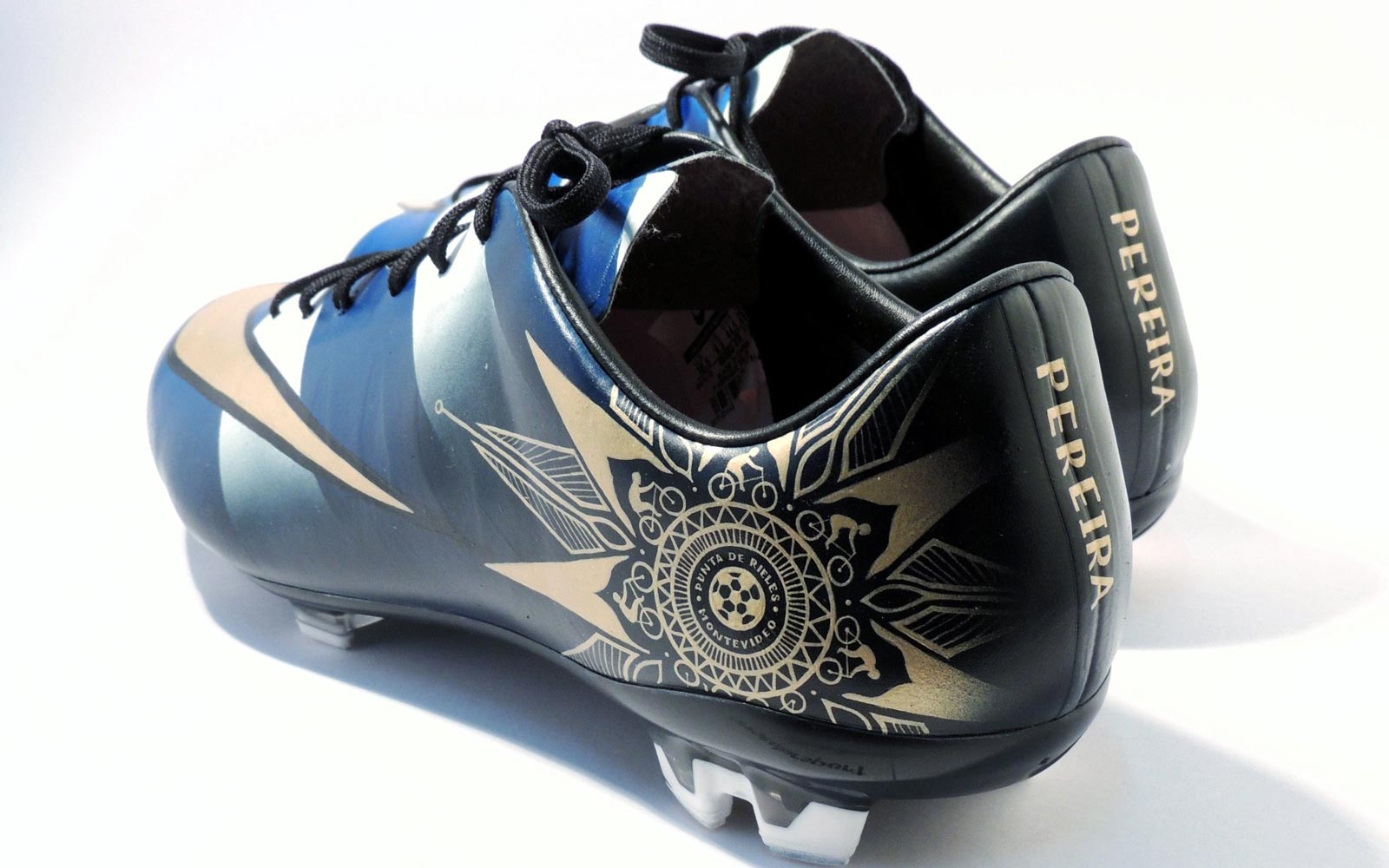 Cantero’s creations for other South American players led Uruguayan international Alvaro Pereira to seek her out for his own pair of custom boots. 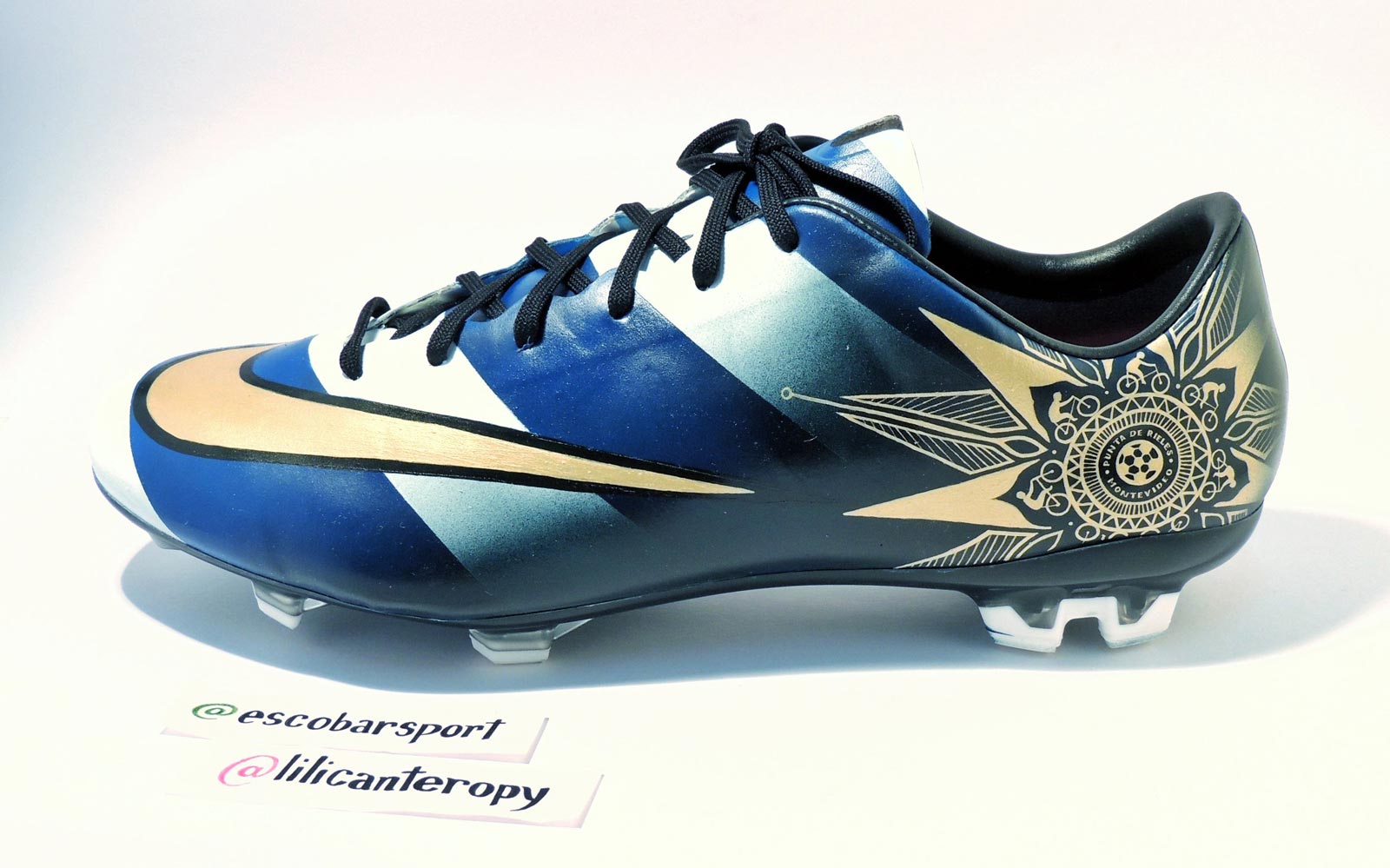 You can’t wear these in a match and Pereira hasn’t so far. The Nike Mercurial Vapor X provided the platform for Cantero’s artistry with a design based around the Uruguayan flag. 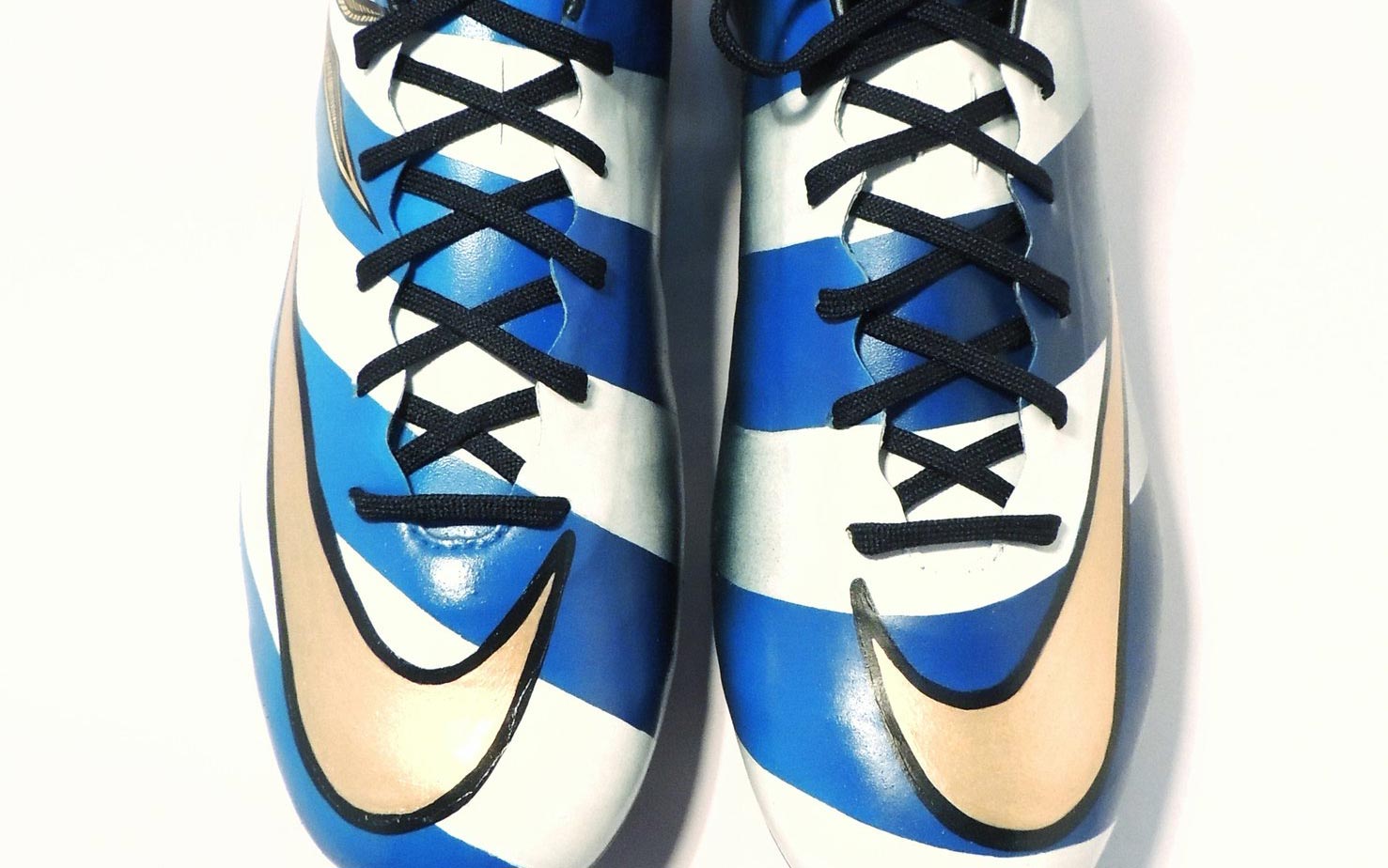 Gold trim features heavily on the boots with Pereira’s name embossed on the heel. An avid collector of the unusual and impressive boot, Pereira wasn’t expecting such an astonishing result. 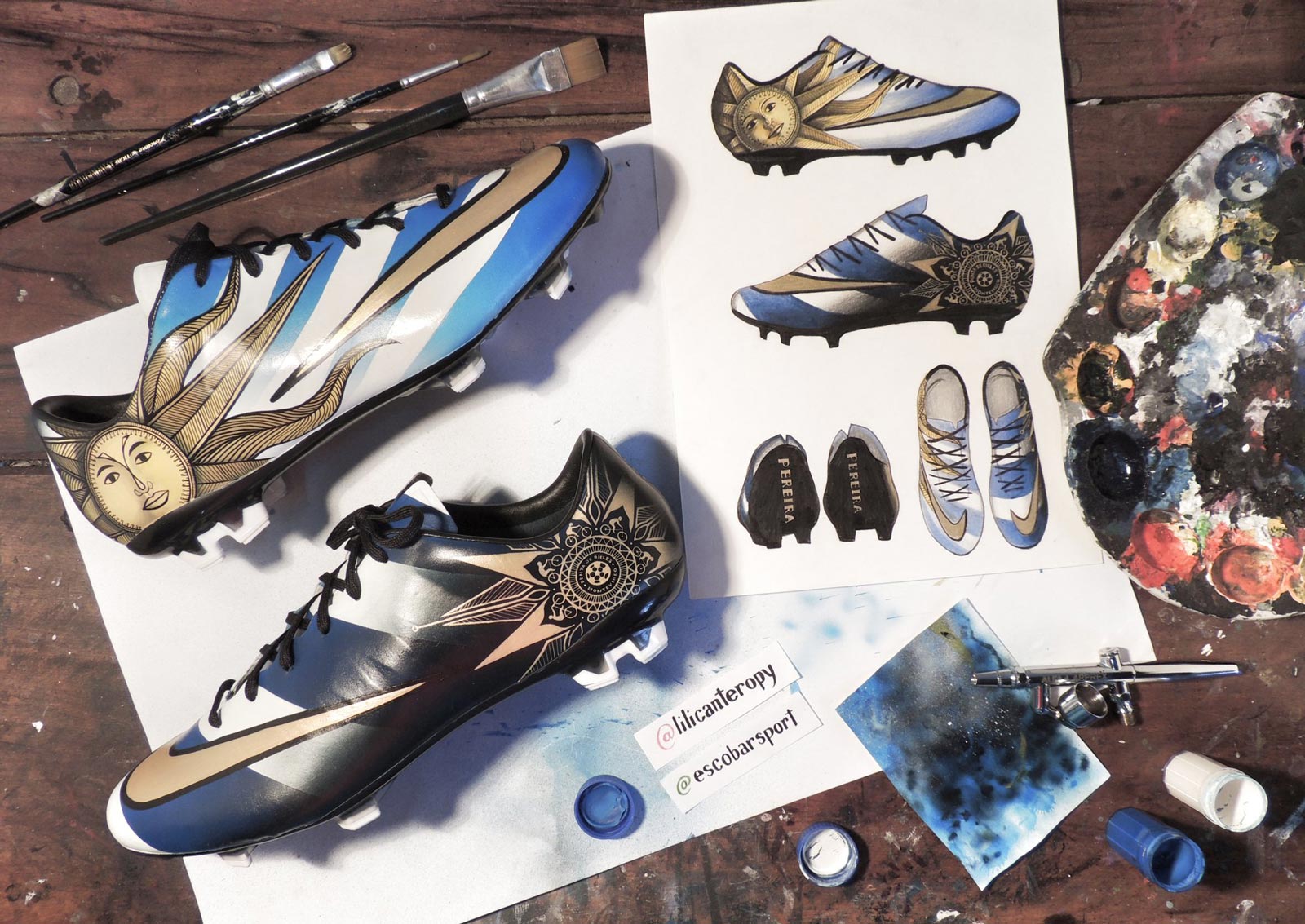 With 83 caps to his name, Pereira is a flamboyant boot man. Surprisingly so. While the likes of Luis Suarez gain the attention, Pereira performs reliably in the defence. He made his debut against France in November 2008, scoring his first goal against Tripoli in his second international.

He made 33 appearances for Inter Milan before heading back to South America and Estudiantes in 2015. Having received an eight-match ban for assaulting an opponent, he spent the remainder of last season on loan at Getafe.