Anderlecht have released their away kit for the 2016/17 season. Their home kit was debuted in the final home game of 2015/16 when they confirmed their second place finish in the Championship play-off.

It meant they qualified for the Champions League play-offs, and last week they drew 2 – 2 with FC Rostov in Russia. The return leg takes place at the Constant Vanden Stock stadium next week. 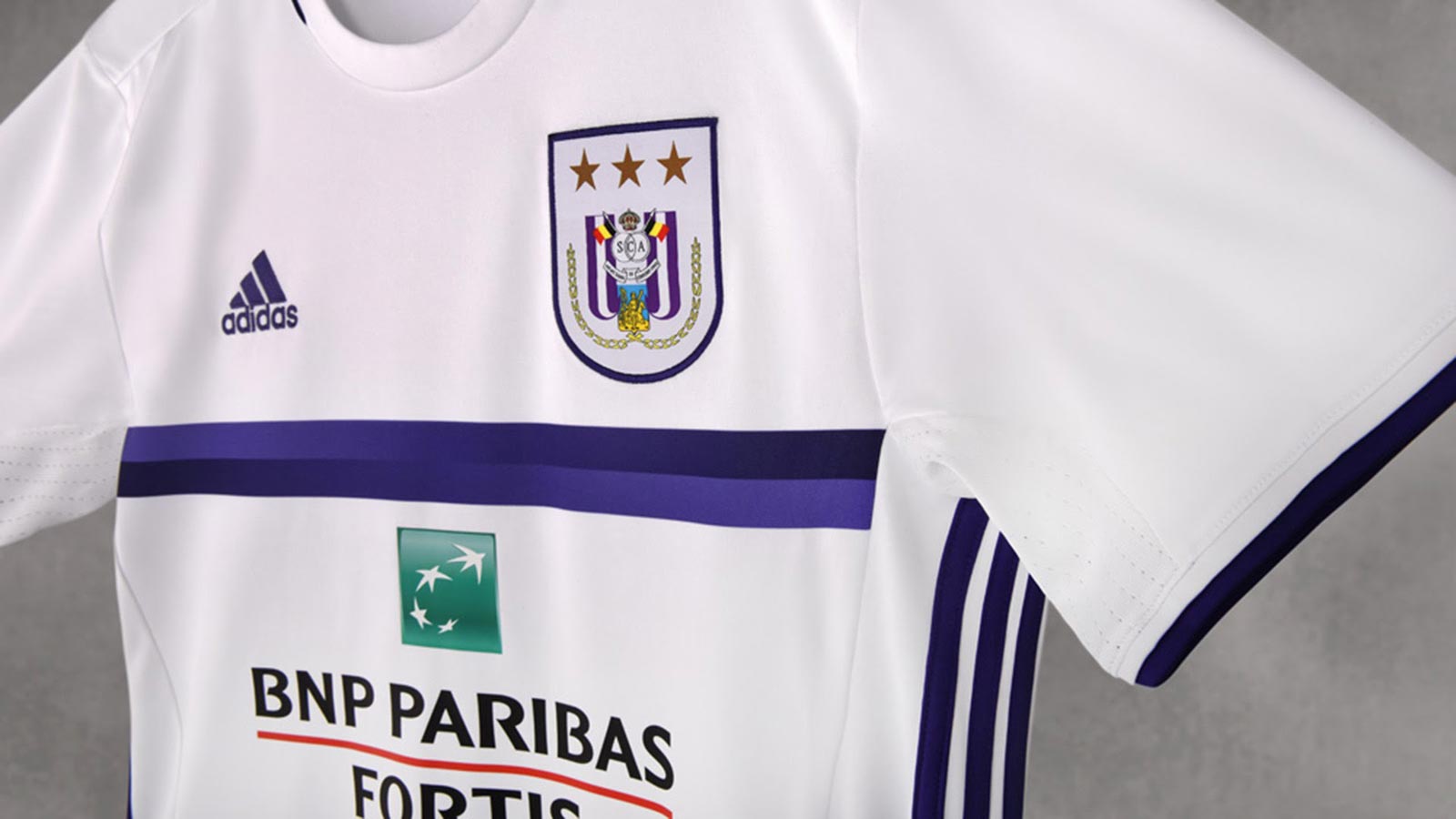 On their travels next season, Anderlecht will wear this kit: 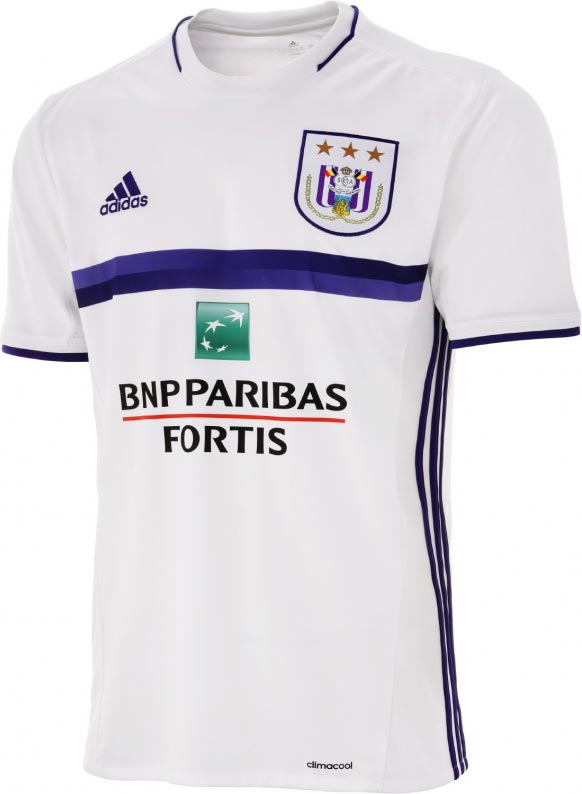 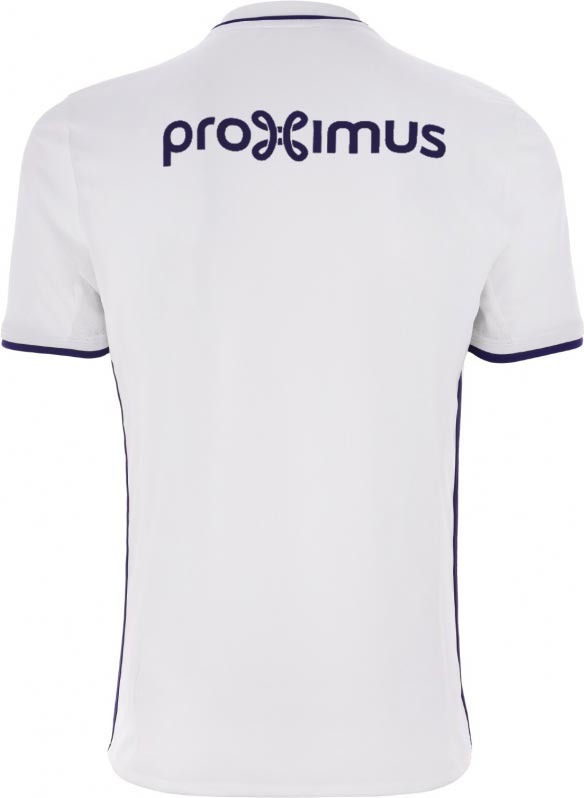 Adidas has created a stylish shirt for the Belgian club next season. The base colour of white is augmented purple trim.

The round neck collar comes with a thin purple band running from collarbone level on each side around the back of the shirt. It is matched by purple sleeve cuffs and Adidas’ trademark Three Stripes which run down the side of the body.

Across the front of the shirt at chest level, sits a tonal purple band, consisting of two stripes. The top stripe runs left to right from light to dark shade whilst the lower stripe runs dark to light from the left. It’s fantastic design touch from the kit manufacturer.

The shorts and socks of the kit will both be white with purple trim.