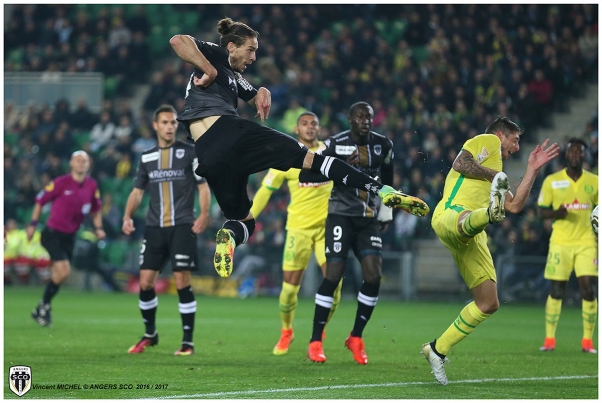 At least they can turn their complete attention to their Ligue Un campaign. Four points off the Europa League places, dare they dream? They dare, they dare. All the while they look a little nervously over their shoulders at the relegation places.

At this early stage of the season, they are just four points clear of the bottom three. The club based in eastern France is taking nothing for granted; Angers know a win over Guingamp this weekend will bring the top of the table closer than the bottom.

The Ligue Un club released their other kits for this season earlier in the summer. 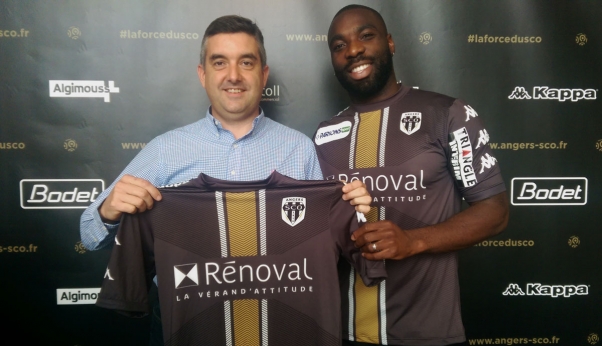 An all-black kit, red and white are the trim and accent colours. Two thinner white stripes guard a thick red stripe in the centre of the shirt’s front.

Kappa incorporated an unusual pattern into the white and red central stripes: they contain angular black stripes. Like the majority of the Ligue Un clubs, a stylish design is ruined by a multitude of sponsor logos over the front, sleeves and probably the back.

Nonetheless, Kappa’s design is stylish and if you don’t mind the comparison to Tour de France shirts, it’s a fine outing from Angers.