Ligue Un outfit Angers SCO have released their 2016/17 home, away and third kits. Having been second in January, le SCO fell away but despite not winning any of their last four games, finished in a creditable ninth place in 2015/16. 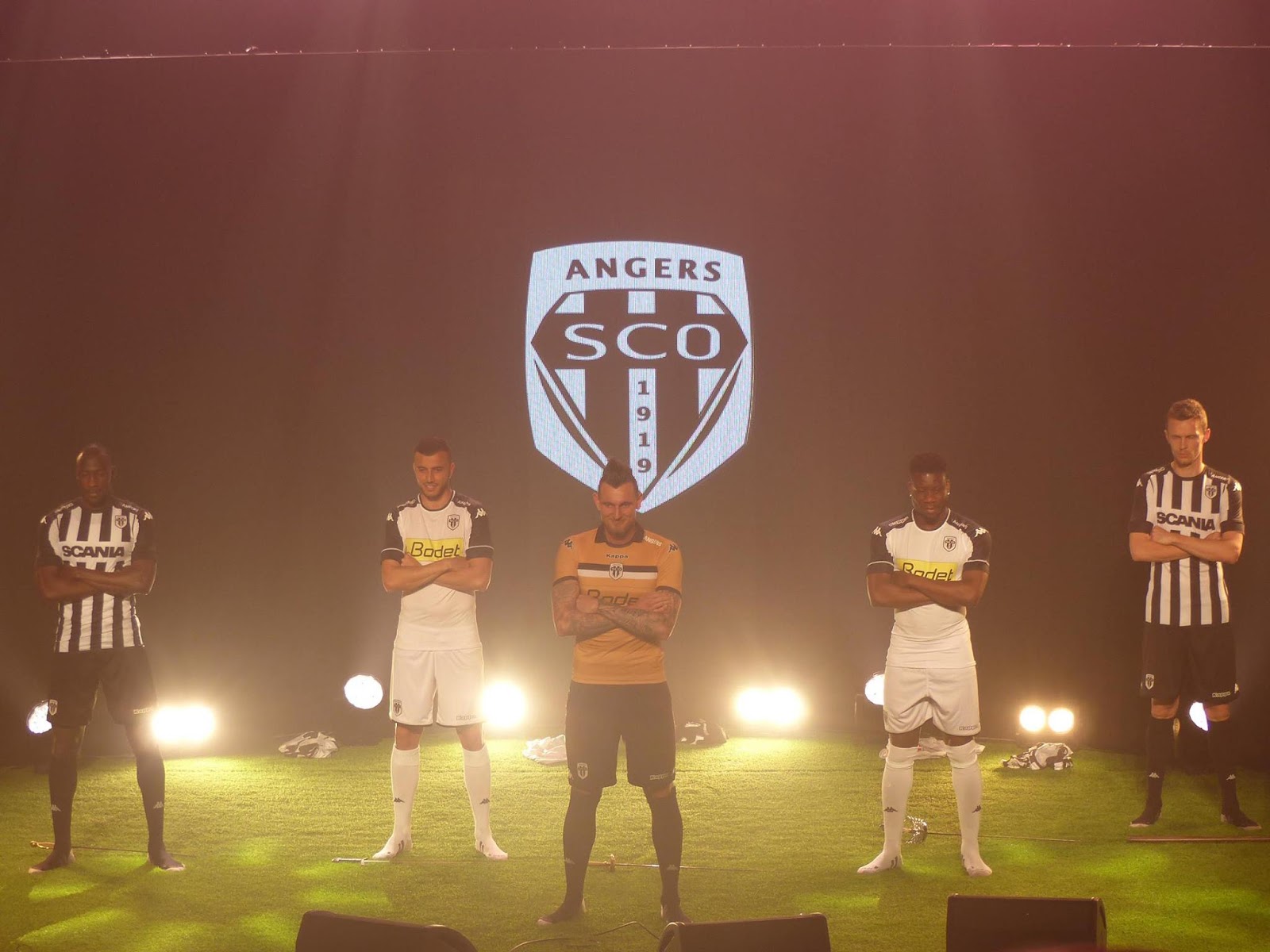 Angers traditional colours are black and white, and this kit doesn’t disappoint. It’s a fine example of how a black-and-white kit should be and must be drawing envious glances from Juventus fans after their 2016/17 kit was released recently.

The thick stripes are evenly spaced around the shirt designed by Kappa. The manufacturers logo appears on the sleeve but not on the front on the shirt. Sponsor Scania have their logo in a white band with black letters below the Angers SCO club crest. 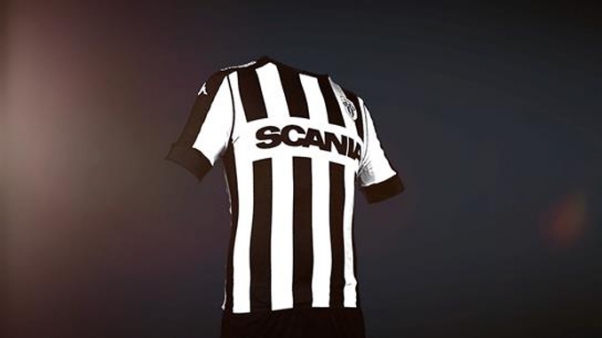 With black cuffs and collars joined by a black waistband, it’s a classic design with the arms appearing all-black when folded across the chest.

Topped off with black shorts and socks, it’s a simple and classic football strip.

The club has opted for an all-white 2016/17 second kit with the third strip having a gold jersey.

The second strip has black sleeves leading into a shoulder panel of the same colour. It is finished with a white collar and hoop above the sleeve cuff.

On the left brest is the club crest with Kappa’s logo once more on the shoulder of each sleeve. Sponsor, Badel have their logo in a yellow box on the chest. The socks and shorts are white.

When those colours clash, Angers SCO have a third kit of gold shirts with black shorts and socks. The shirt has a full collar in black with the club’s traditional colours represented by two vertical stripes across the chest, housing the club’s crest in a central position.

All in all, Angers have worked well with Kappa to design three well-made kits. Hits or misses for you? Let us know in the comments.