With the tournament drawing to a close, so too does our “Be a Puma ‘King’” competition – where you predicted how Puma’s eight World Cup teams would fare in the tournament. With over 500 responses, we’ve certainly seen some of you confounded by some early exits – and one or two unexpected survivors. However, just four games in and all of our sides were out: here’s what happened.


Cameroon and Ghana exited the competition in the first round, both outcomes widely predicted: 66% of you predicted Cameroon’s exit, 69% Ghana’s. Ranked 56th and 37th in the world (respectively), it was always going to be an uphill struggle for both teams. Another of Puma’s African hopefuls, the Ivory Coast also went out, despite 64% of you backing their progression beyond the first round.

Puma teams widely predicted to make it through the first round included Switzerland and Chile, runners up in Groups E and B respectively – as predicted by 4/5ths of you.


Spain’s dramatic exit in the group stage – thanks to a 5-1 drubbing by the Netherlands and a decisive 2-0 defeat against Chile – will be a shock tournament exit for the ages, but they were in good company. Within our Puma pool, the biggest surprise was Italy’s lacklustre third place: just 11% of you thought Italy would be out at this stage, with a whopping 77% convinced they could make it at least as far as the quarter finals.


With so many backing Italy and many presumably rooting for England, Uruguay found themselves underrated: 38% expected a first round exit, which seemed especially pessimistic when Suarez’s side have took a bite out of both Italy and England (a little less literally in the latter case).

Somewhat more surprising to our respondents was Algeria’s success: they’ve now defied the 72% of you who expected a group stage knockout – a sound suggestion, considering that Algeria have never reached the second round before.


Four of our eight Puma teams continued to the second round – though all did so as second placers, resulting in some tough matchups and some inevitable exits.

Support for Switzerland dropped off dramatically in our survey after the second round – 61% of you predicted that the Swiss side would exit. There was more faith in a South American home advantage – 40% believed Uruguay would get to the quarter finals or further and Chile were a similar 35%. Only 5% believed Algeria could go further than the second round.

All winners have been notified and their shirts should be in the post! Didn’t win? Check out our World Cup kits section, or read on to find out the full results of our survey. 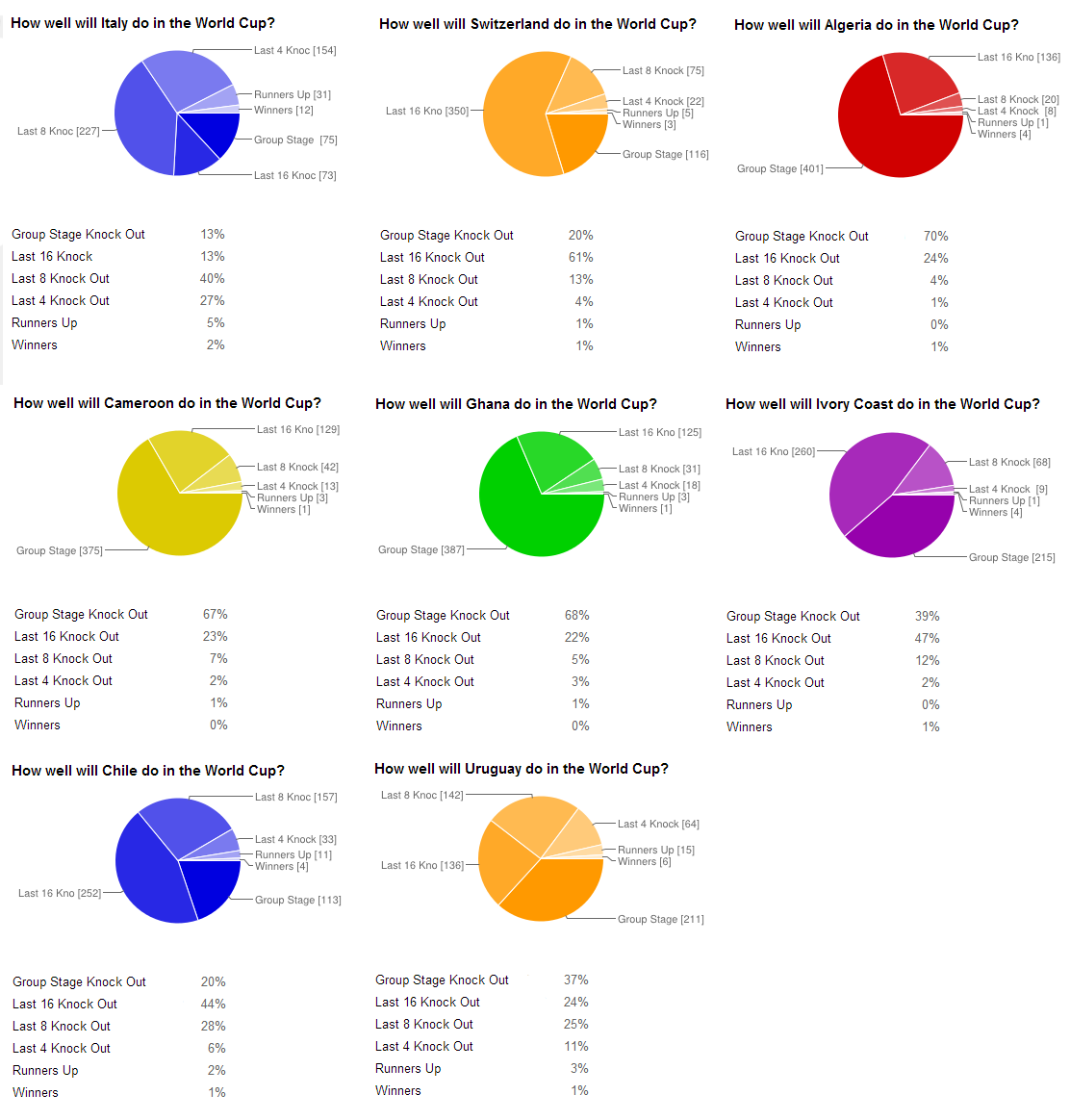