Arsenal Fan TV claims these are the Arsenal 2017-18 kits and they haven’t been well-received by supporters! 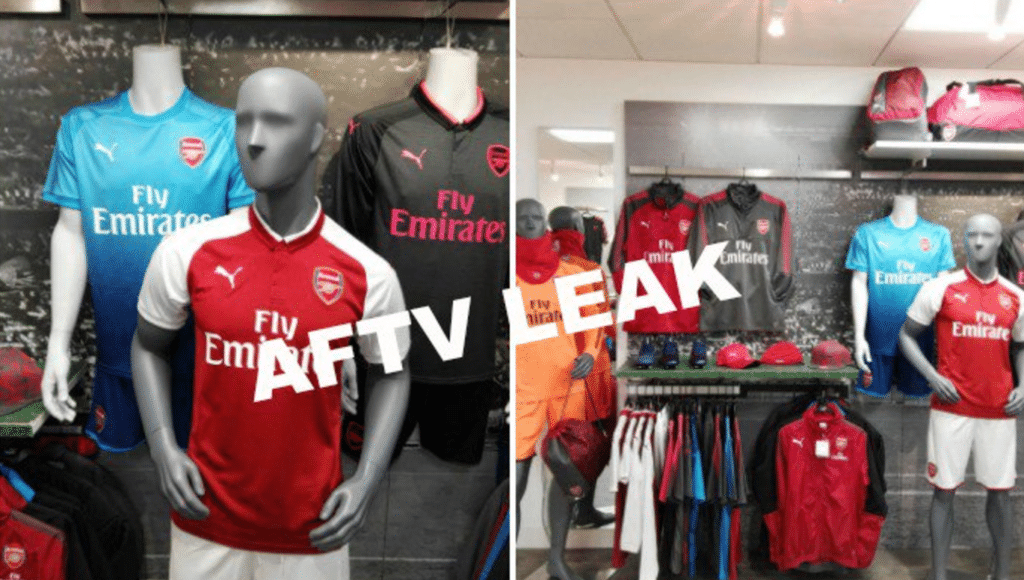 The home kit retails the red shirt body with white sleeves but in a twist, the collar is polo-style instead of crew neck. Not only that, it’s button down! Two-tone with a white upper half atop the red lower, making it not so much a football kit as casual wear.

The sleeves are full white, leading into shoulder panels, completed by thick red bands on the cuffs.

The pictures show that the shorts are plain white

At first glance, this is a cast-off Rotherham or Fleetwood shirt; enough to make Herbert Chapman spin in his grave.

Puma are suffering more over the away kit. Fans demand the club wear the famous yellow and blue on their travels but next year, it’s gradiented blue. Whatever anyone says, this is a design fit for a pair of pyjamas. There are no redeeming features for a top which starts light and ends dark. It’s just wrong.

Poor old Petr Cech though. Goalkeepers come off worse every time but that’s monstrous grey and black number being foisted on them next year. Unless that’s the third kit, which genuinely is a case of “Aaargh! My eyes! My eyes!”

When’s this contract up…?